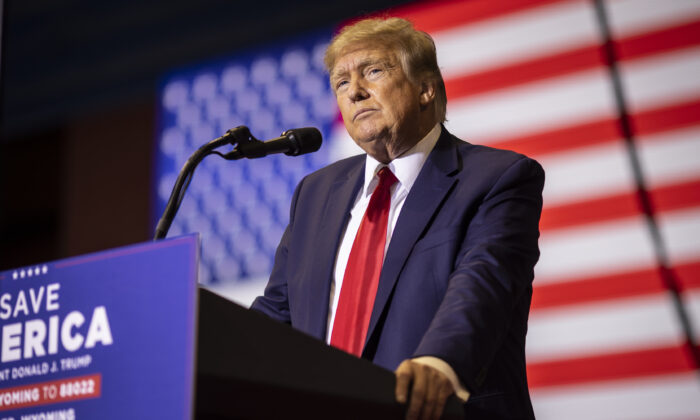 The Historical Meaning of Donald Trump

It’s already 5 1/2 years since that November day and night that shocked the liberal world. I know what it did to my faculty and media colleagues, but the bigger impact on the United States isn’t so clear.

One is tempted by the response of the Chinese communist when asked about the impact of the French Revolution: “It’s too early to tell.” That’s the long view of the Marxist, who looks for deep structural changes in society whose effects take longer to materialize, not small reforms or changes in policy that start immediately. To him, a rise in the tax rate on high incomes, a new welfare program, a tougher environmental regulation, and other customary progressive proposals are just that—adjustments of custom, not radical transformation.

That’s why liberals accept them, our Marxist would say: because they leave the liberal order intact. To break that order, or any other longstanding hegemony, takes time and, often, drastic measures.

The hysterical reaction to Donald Trump on the part of liberals, though, suggests that Trump may, indeed, have signified a radical action that cuts to the heart of things political in our country. It’s hard not to believe that after witnessing otherwise intelligent and informed individuals slip into Trump Derangement Syndrome and not relax for four full years. I don’t mean specific planks that offended them such as the Wall, controversial though they were. He had to have posed a more fundamental threat. That Establishment conservatives felt the same way as conventional liberals did reinforces that suspicion. Trump certainly upset the mainstream elite a lot more than did the progressive Bernie Sanders.

At this point, perhaps we should recognize that their absurd protests, Russian fantasies, and wild notions of getting rid of him (for instance, by declaring him mentally unfit) weren’t hysterical at all. The Jan. 6 hearings are a dismal political circus, but however grotesque they appear, they have a wholly rational goal: to keep Trump out in 2024. He must be stopped.

Let’s assume that mainstream elite figures understand quite well the dangers he poses, and they know that he endangers them. That’s how it looks to me. The old feminist slogan “The personal is political” applies here in reverse: “The political is personal.”

Think about how Trump himself told Americans that the party politics of Democrats versus Republicans was no such thing. As he declared right off in his inauguration speech, the leadership of both parties formed a faction of their own, and the American people were their piggy bank. They’d produced carnage across America and lined their own pockets. Don’t buy their political shows and fake news, he urged. D.C. is the home of uniparty swamp dwellers, and they’re playing the American people as suckers.

All the people sitting behind him on Day One, Democrats and Republicans both, realized instantly, “He’s not one of us, and he’ll never be one of us.” Trump made it very personal. They couldn’t avoid the calculation: “If he succeeds, we lose.” He told the Great Unwashed what they should never be told, that their leaders had a terrible track record, that their Ivy League degrees didn’t translate into competent statesmanship, and that they didn’t care about their own country and fellow citizens—and the people cheered.

This was bad, very bad. Suddenly, it seemed to the elite and everyone who wants to join them that their security and livelihoods were at risk. Draining the swamp and discrediting the media would take away their food and water. People wouldn’t trust their expertise anymore. The qualifications and experience on their lengthy resumes wouldn’t be so impressive. Statements such as “I was an undersecretary of _____ under President Y” might evoke a wry smile instead of a reverent nod.

These people had worked all their lives in hypercompetitive settings to advance and succeed. They’d proven their excellence. They had the advanced degrees and political posts and distinguished bylines as sure evidence, and this orange-haired blowhard dared to mutter, “You’re not so special.”

Infuriating, yes, and treacherous, too. On this point, our masters on the right and left could agree. As our Marxist would say, they had a system to maintain, made up of themselves, and Trump didn’t honor it and become a well-behaving member. This is what makes him a radical force in American history. Building the wall, breaking from China, tariffs, agreements in the Middle East, oil independence … they irked certain factions and violated D.C. wisdom, yes, but those actions could be handled politically, either defeated by anti-Trump groups or slow-walked by swamp officials.

But this other contention, the incompetence and corruption of the Beltway crowd—it was different. It put real people on the line, ones who believe that they should never be on the line.

As I said, it was personal, and that always raises the heat. When Hillary Clinton in one debate stated that someone with Donald Trump’s “temperament” shouldn’t be president and he shot back with, “Because you’d be in jail,” it appalled the Establishment, but not for the obvious reasons of its wise-cracking curtness, ungentlemanly cast, or un-presidential insult.

That may be how it struck a lot of Americans (some disgusted, some joyous), but the elite heard something else. He told them that their high status didn’t amount to a hill of beans. He showed his willingness to punch them in the face with the American people watching. Most of all, he declared he was coming after them, because they deserved it.

The historical meaning of Donald Trump depends on this outcome. How many of the longstanding, high-ranking, well-remunerated denizens of the swamp will survive Trump populism? How many will still be in place, running the D.C. show, steering money, churning out words and speeches and interviews, winning reelection, and keeping Trump-ish individuals away?

They have certainly lost their luster, and a good portion of the American public despises them, but they are still in tight control of the halls of power. In 10 years, or 20, will they still hold the reins? A simple head count will determine what the Trump revolt of the masses really meant.