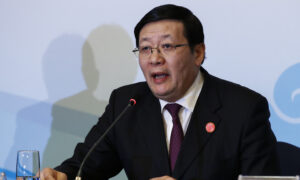 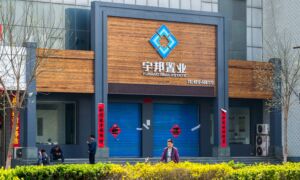 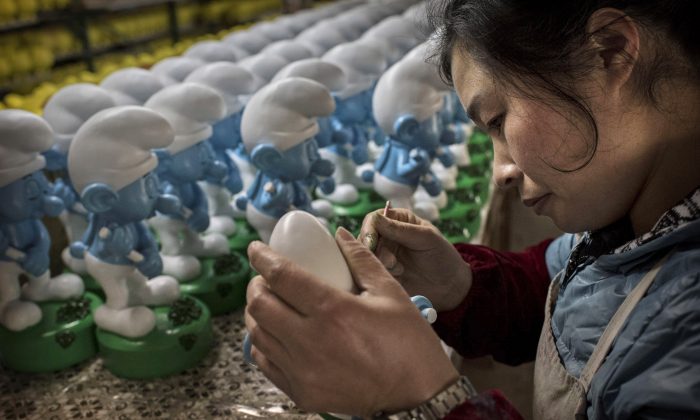 The High Cost of China’s Laogai

With his teeth cracked and hands bleeding, Wan Guifu struggled to split one more watermelon seed with his teeth. For him working outside in the freezing cold over 10 hours a day came with little choice–it was either work to produce Hand-picked Melon Seeds for the labor camp or be beaten until unconscious. At 57 years old Wan worked until he could no longer accomplish this brutal task, and was beaten to death by his fellow inmates at the Lanzhou No. 1 Detention Center in China.

The seeds Wan was forced to produce, Zhenglin Hand-picked Melon Seeds, are now currently exported throughout the United States, Canada, Australia, Southeast Asia and Taiwan. Through the use of this type of slave labor Lanzhou Zhenglin Nongken Foods Ltd. has become the largest producer of roasted nuts in China with sales reaching 460 million Yuan. (US $55 million)

Free and Endless Supply of Workers

China’s booming economy continues to increase through its use of slave labor or Laogai camps. Laogai means “reform through labor.” It’s a system of prison factories and detention centers set up by former Chinese leader Mao Zedong during the 1950’s as a means to re-educate through labor and increase economic gain for the People’s Republic of China. As of 1979, there were apparently only several thousand people being forced to work in the Laogai system. Today it has become an enormous source of free labor and financial profit for the Chinese government. According to estimates from the Laogai Research Foundation, there are 6.8 million people incarcerated in China’s 1,100 labor institutions.

For those incarcerated in these facilities, the reality they face is long hours of brutal treatment with little sleep or food to sustain themselves. Reports of 20-hour work days and violent oppression force some detainees to choose suicide instead of being beaten, starved, or worked to death according to a paper by Stephen D. Marshall, “Chinese Laogai: a hidden role in ‘Developing Tibet.” Others mutilate or injure themselves in an effort to avoid the work. Inmates who fall behind or refuse to work are shocked with electric batons, beaten, sexually assaulted, or thrown into solitary confinement. Among those that make up the population in these labor camps are criminals, political prisoners, and practitioners of the spiritual practice Falun Gong, who reportedly now make up to half of those detained in the Laogai labor system.

Forced labor has become both a form a torture and a source of great profit for China. With the enormous amount of free labor that comes from Laogai, China has lured many overseas businesses into its profit-through-slave-labor system. With ridiculously cheap wholesale labor costs many cannot resist the bait and unknowingly come to support this illegal practice.

Common everyday products ranging from artificial Christmas trees, Christmas tree lights, bracelets, tools and foodstuffs, et cetera are among some of the products manufactured and exported from these facilities. According to a 1998 House Committee on International Relations report, companies who reportedly have or had products made in China’s Laogai are Midas, Staples, Chrysler, and Nestle′. A recent report from one detainee in the Changji Labor Camp in Xinjiang states the Tianshan Wooltex Stock Corporation Ltd., a contractor to Changji Labor Camp, makes products for overseas companies such as Banana Republic, Neiman Marcus, Bon Genie, Holt Renfrew, French Connection and others. Orders from Banana Republic number between 200,000 and 280,000 pieces a year.

The products made in these facilities are produced by people who are forced to work in unsafe and unhealthy conditions. Detainees in Laogai have said that because of malnutrition, sleep deprivation and stress they often contract lice, scabies, hepatitis, tuberculosis, and other ailments. Sick detainees are still forced to work. Many are not allowed to take showers for long periods of time, allowing all manner of bodily substances to come into contact with the items they manufacture. These products are then shipped all over the world.

Laws on the books that outlaw slave labor products have not been able to stop the tide of illegally and inhumanely manufactured merchandise from being shipped and traded worldwide. For example, since 1983 it has been illegal to import goods into the United States made through using slave labor. According to the Laogai Research Foundation China’s government publicly guaranteed to stop the export of slave labor products in October 1991.

In 1992, China and the United States signed a Memorandum of Understanding (MOU) in an effort to enable the US access to information it needed to control its import ban on prison labor products. According to this MOU the Chinese government had committed itself to investigating all claims of slave labor.

The agreement proved to be worth little in real results, given the profits China stood to lose from its free source of labor the Laogai system provides. Brushing aside requests from the US for answers on the issue, China provides “sanitized” camps for inspectors. Other tactics used to ensure production continues include false holding companies, changing addresses, and mixing labor camp output and non-prison businesses together.

“Thus, the commercial exploitation of slaves in China’s labor camps is effectively an open secret in the world of commerce,” says Harry Wu, founder of the Laogai Research Foundation.

This “open secret” Wu speaks of has become more and more difficult to conceal. Survivors of the Laogai system continue to publicly speak out about the forced labor and torture they have experienced. In addition, organizations such as the Laogai Research Foundation and the World Organization to Investigate the Persecution of Falun Gong continue to investigate the Chinese government’s use of slave labor as a source for economic growth and to expose the products manufactured in Laogai.

Although China continues to currently benefit from its “prison economy,” it may ultimately be the world’s consumers who control the fate of the Laogai. As the world comes to realize the blood, sweat and tears going into the products they buy it might not be so easy to purchase them no matter how low the price.