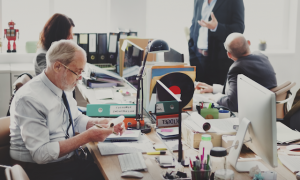 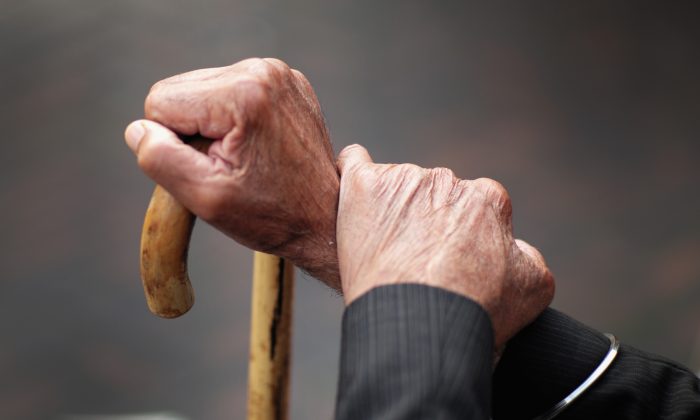 A pensioner holds his walking stick in this file photo. In America, Baby Boomers haven't saved enough to retire confortably and the next generations may well end up paying for it. (Christopher Furlong/Getty Images)
Viewpoints

The Hidden Retirement Crisis and One Solution

Boomers don't have enough to retire on, but there is a way out

Some financial experts claim that a wave of $1.4 trillion in unpaid student loans will cause the next U.S. financial crisis. Others point to the more than $21 trillion in national debt as the most likely cause.

Well, just hold on to your Gen X and Millennial assets because the next financial crisis in the United States will likely have nothing to do with either generation—except for the fact that they may well be paying for it.

The most looming financial crisis America faces is the Baby Boomer retirement crisis. You read that right. Seventy percent of baby boomers admit that they will not have enough money saved to retire. That’s why 86 percent of Americans believe that we face a retirement crisis.

That means tens of millions of Americans will have to keep working through their “golden years,” move in with their middle-aged children or live in near poverty with little more than a meager Social Security check each month to see them to the end of their days. That doesn’t even count the exploding health care costs for these aging boomers.

To add to this financial disaster scenario, since the 1980s, the number of Americans living into their 90s has tripled. Longer life expectancies of the United States’ biggest demographic, coupled with a medical care inflation rate that well outpaces the average cost of living, spells disaster for an entire generation of Americans.

Actually, make that for three generations of Americans—the retiring Baby Boomers, the Gen Xers, and the Millennials. Essentially, everyone earning a paycheck will be affected by the coming retirement crisis.

But why aren’t Americans saving enough for retirement? Isn’t that what IRAs, 401(k)s, and other pre-tax retirement plans are for?

They are, but they’re not working as well as hoped. In fact, only about half of U.S. households aged 55 years of age have any money saved for retirement. The reasons are simple enough. Many Americans simply can’t afford it. The cut in take-home pay would mean losing their house, living in a worse area, or other negative consequences.

But even those who do use those plans are often forced to dip into them to cover an unforeseen cost, such as medical bills, a job loss, or other events. The costs to do so are high—including penalties, taxes, and loss of growth. According to a recent book on the subject, “Rescuing Retirement,” every $1 taken out costs more $3 dollars in savings 20 years from now.

Finally, even those Americans who faithfully contribute to their retirement plans don’t realize all that much gain. According to the Center for Retirement Research at Boston College, the average return is about 3 percent annually—not enough to keep up with inflation. This is due to a few factors such as high management fees, people making unsound or “emotional investing decisions,” and simply a lack of access to longer-term, more strategic investments that larger investors have had access to for decades.

Do We Need Another Statist Program?

If the current retirement system has shown us anything, it’s that too many Americans will fail to save enough for retirement. There is a desperate need for another way. But the last thing Americans need is for the federal government to have more control over our money, or to raise our taxes to cover the retirement deficit that is surely coming.

That said, what if a portion of what is already deducted from Americans’ paychecks was automatically redirected into large, pooled investments that have the advantages of scale for minimal fees and the investing advantages of a long-term horizon? Furthermore, what if employers were to match employee contributions? Finally, what if the yield were to, on average, double the current 3-percent average and the principal was guaranteed?

The result would be that many millions more Americans would have enough money–combined with Social Security payments, to retire with dignity. It would be necessary, of course, to prevent future politicians from raiding such a program for other uses. It would also have to be revenue neutral: No new taxes!

Sounds too good to be true, but it’s not.

In the real world, there’s such a solution that is working in places such as Canada and Australia, among others. It could possibly work in the United States, as well. It’s called the “Guaranteed Retirement Account,” and is endorsed by “Rescuing Retirement” authors Teresa Ghilarducci, an economics professor at the New School of Social Research, and Tony James, CEO of the Blackstone Group, a leading American investment management firm.

It’s admirable that the authors seem to present a viable way to solve this very real and imminent crisis. At the same time, they’re trying to do so without adding more costs in the form of taxes to the average U.S. citizen. Some additional upsides may be that such long-term pools of monies could provide immediate support for the stock market and minimize volatility. They may also provide efficient funding sources for infrastructure projects that might not otherwise get built or would have to issue debt to do so.

Is there the possibility of abuse, waste, or fraud, as in every other government-run program? Absolutely. Those risks would have to be managed and the punishment for mismanagement should be high and publicly enforced.

Of course, there’s more to this solution than space here allows. But in a nutshell, the GRA solution to the retirement crisis relies upon three main pillars:

Is the GRA the perfect solution to this very dire problem? No. There is no perfect solution. But it certainly is a place to start—or to at least start the national conversation that we must have.

The bottom line is if something doesn’t change—and soon—Gen Xers and Millennials will be made to foot the bill to pay for the care and feeding of their parents and grandparents. They can forget about paying off student loans. They’ll be paying for Boomers’ retirements and health care for the next 30 years.