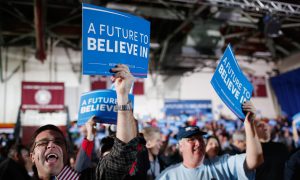 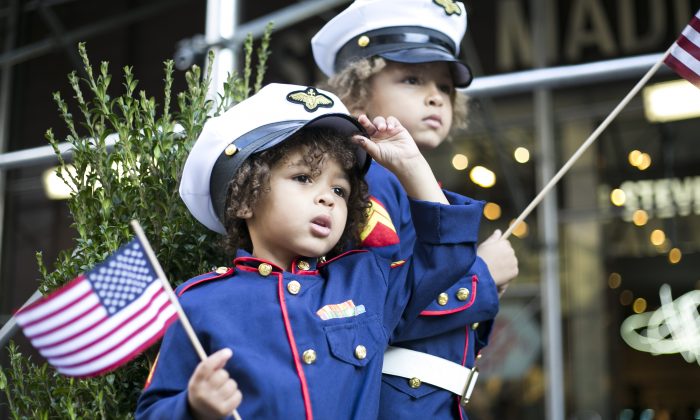 The Heritage and Genius of the American People

In the lurch to the left leading up to the primary elections in 2020, Democrat lawmakers and presidential hopefuls continue to blur the lines between liberalism, progressivism, democratic socialism, and socialism socialism.

Increasingly, they also redefine freedom in terms of getting free stuff: free health care, free college education, free jobs, and even free incomes and free sex-change surgeries. Can a nation that understands freedom as so many handouts have the disposition to maintain self-government?

In a recent Fox News interview, Ivanka Trump commented on this new push to give Americans free things. “I don’t think most Americans, in their heart, want to be given something,” she said. “People want to work for what they get.”

Her comment points to the belief that these socialist policies are contrary, and even corrosive, to something noble in the character of the American people.

Also in a recent interview, Samantha Vinograd, a pundit on CNN, commented on President Donald Trump’s remarks at the Conservative Political Action Conference about the need to preserve American heritage. The statement, she said, made her “sick.” Any mention of preserving heritage, she suggested, “sounds a lot like a certain leader” who killed 6 million Jews, and so she proceeded reductio ad Hitlerum.

As if a Hitler comparison didn’t go far enough, she claimed that Trump’s rhetoric literally posed a national security threat and could have been scripted by Russian president Vladimir Putin. Reductio ad Putinum?

These two interviews juxtapose two larger beliefs. The first is that the American people generally possess a certain character; that such character is good; and that such character is necessary to maintain our form of republican government. The other belief is that no such character now prevails; that when it did in the past, it was reprehensible; and that rather than character, we need only spontaneous culture, or rather multiculturalism, which is largely just a cloak for cultural Marxism.

There is great significance to the difference between these beliefs. More than that, each belief promotes two very different forms of government.

Genius of the American People

Gaining political support by calling to give away free stuff hardly takes genius. Genius, though, is an interesting word. It means more than the rare ability we recognized in Mozart and Sir Isaac Newton. It also means something like character or the particular spirit of a thing. In The Federalist Papers—arguably the most profound commentary on our Constitution—this use of the word genius appears more than 15 times.

In one place, the pseudonymous author, Publius, defined “the present genius of the people of America,” as “the spirit which actuates the state legislatures, and the principles which are incorporated with the political character of every class of citizens.” Genius, thus, implies some kind of animating spirit combined with principles, which when acted upon, create character. It also implies that the genius of a people, like their character, can change.

Likewise, Publius mentioned “the genius of republican government.” This genius includes primarily the intricate blend of constitutional institutions that, importantly, all find their ultimate authority in the people. In order to sustain this genius of government, though, the people must maintain their own genius.

Rather than having a house with a white-picket fence—or even a guaranteed, unearned monthly income—the true American Dream is the chance to flourish by means of our own capacities within the spacious confines of republican liberty. This liberty is our heritage, if we’ll keep it.

But the pursuit of happiness can be given up, and the condition of liberty includes the freedom to throw away liberty. Nothing is guaranteed in life but death and leftist efforts to raise taxes. So how is the genius of republican liberty preserved?

Publius summed up these two measures as “the genius of the whole system.” This system includes “the nature of just and constitutional laws; and, above all, the vigilant and manly spirit which actuates the people of America; a spirit which nourishes freedom, and in return is nourished by it.”

The point is that first the people make laws, and then those laws make the people.

We should redouble our determination to maintain our independence and republican form of government in the face of the siren call of socialism. As Publius wrote, “It is evident that no other form would be reconcilable with the genius of the people of America” and “with the fundamental principles of the revolution.”

This is our heritage. It is noble and worth preserving.