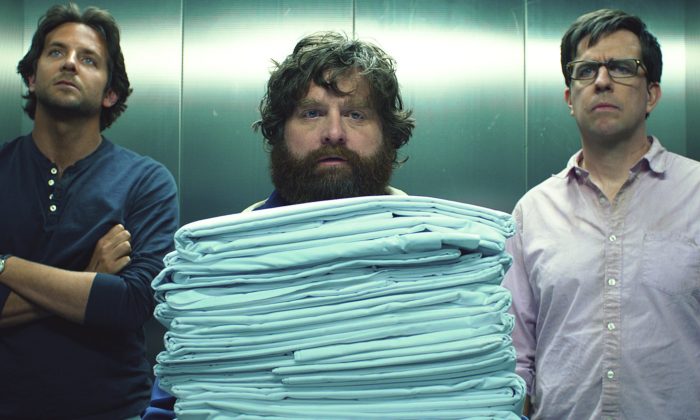 Wolfpack goes out with a whimper
By Helena Chao

“The Hangover 3:” The third and final installment of the highest grossing R-rated comedy of all time is unfortunately the least enjoyable of the three. Don’t get me wrong: Alan is as endearing and weirdly funny as ever, and the balance of comedy and heart is still there. But it lacks the originality and freshness of the first “Hangover.”

The Wolfpack returns, and this time it’s not for a wedding (at least not initially); however, the journey does return to where it all started. Without giving anything away, the first few minutes is a whirlwind involving a decapitated giraffe, a funeral, and a kidnapping. It’s the usual wild and crazy ingredients but darker, with a few animal and human deaths.

Alan’s character arc is at the center of the plotline, as he realizes that it’s finally time to grow up and act his 42 years of age. Helping him along the way are his revered friends—confident Phil, easily roiled-up Stu, and his brother-in-law Doug (who is missing for much of the movie as per the usual “Hangover” formula).

Some of the funniest, laugh-out-loud moments involve Alan and his new love interest, Cassie, played by funnywoman Melissa McCarthy.

Alas, aside from a special surprise post the credits, “The Hangover Part III” is a hollow wild-goose chase with a handful of chuckles here and there. But perhaps that’s also reflective of the characters (finally) growing up.