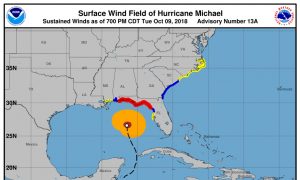 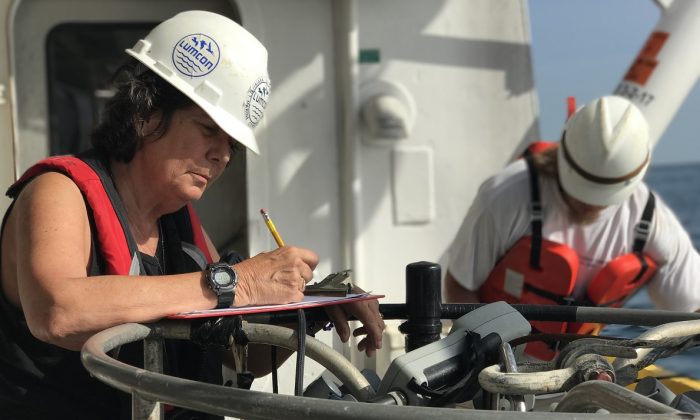 The Gulf of Mexico could see one of its largest dead zones on record this summer, according to researchers.

A “dead zone” is known in scientific literature as hypoxia, which means low oxygen. This water, with its low concentration of dissolved oxygen, can no longer support the life that calls that part of the ocean home. For decades, researchers have tracked exactly how big the annually recurring dead zone in the Gulf of Mexico will be.

Dead zones were first noticed in the 1970s, and they’ve been growing in size ever since. Based on current conditions, some scientists think that the Gulf of Mexico will experience the second-largest dead zone on record in July.

Louisiana State University scientists predict that 8,717 square miles of bad water will be at the bottom of the continental shelf off Louisiana and Texas, making it about the same size as the state of New Jersey. The largest one was in 2017, at 8,776 square miles.

This summer’s dead zone will be in areas where fishing vessels usually work, meaning fleets will have to spend more on fuel to travel farther to chase fish.

“We think this will be the second-largest, but it could very well go over that,” said Nancy Rabalais, a marine ecologist who has been studying this phenomenon for over 34 years and who is co-author of the LSU report. She is a distinguished research professor at Louisiana State University and a MacArthur Fellow.

The Source of The Dead Zone

The dead zone is connected to runoff from one of the largest rivers in the world, the Mississippi. Thousands of acres of farms have flooded this year because of what NOAA calls “the abnormally high amount of spring rainfall.” That means there is a lot more water from those fields going straight into the river, which empties into the Gulf.

The Gulf could see one of the largest dead zones in history this year: https://t.co/oqeBi37mey pic.twitter.com/ZijwWJztFx

What happens, Rabalais explains, is that too many dissolved molecules of nitrogen and phosphorus from runoff stimulate the growth of phytoplankton, which fall to the bottom and decompose with bacteria that use up oxygen. That leads to the creation of dead zones.

“This extra amount of water right now, beginning with the floods in April in the Midwest and into May, mean the water will still be high, maybe at an all-time high this year,” Rabalais said.

That means the waters here will be a threat to animals. Shrimp, crab and fish can move to other areas, but animals that live on the sea floor like certain crustaceans and worms cannot, stressing the food web and threatening the jobs that depend on these waters.

The Gulf’s dead zone is considered the world’s largest, but it isn’t the only area with a dead zone. There’s one in the Chesapeake Bay and another in the Baltic Sea. There are about 500 coastal areas that have these dead zones at some part of the year.

The U.S. Environmental Protection Agency has a task force looking at the issue, as do several states. States have been working to monitor and to reduce the amount of nutrients going into the Gulf.

Small farmers are taking action to reduce nutrients that go into the Mississippi, and universities are studying what might work best. They are using more cover crops and are diversifying the crops they plant, rather than having fields and fields of corn and soybeans.

Farmers can create embankments that reduce erosion and retain runoff. They use precision fertilizer that doesn’t run off as easily. They are planting more sustainable crops like perennial wheatgrass that has longer roots than corn, keeping the nitrogen and the soils in place.

“These are actions that are better for the environment, and they’re still profitable, sometimes even more profitable,” Rabalais said, and they are better for people’s health. Nitrogen also ends up in drinking water, and that is associated with cancer.