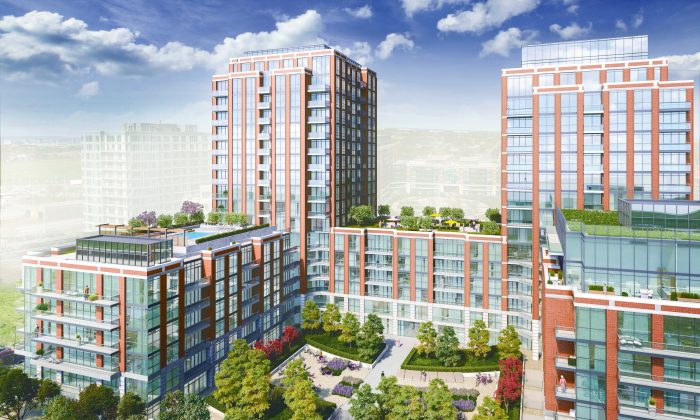 The GTA Condo Market Stable for the Foreseeable Future

In only three years of operation, Cornerstone Marketing Realty has ascended to the acme of Toronto’s vigorous real estate market, establishing itself as one of the city’s major property players.

Cornerstone employs a multi-pronged approach to selling condos, and it all begins at a development’s most inchoate stage. The brokerage consults with developers at a project’s outset, conducting market analysis of the neighbourhood in which the condo will be built to cater to the needs of future residents.  Sales are then conducted by Cornerstone’s in-house sales team through a rigorous marketing campaign.

Hitherto, the development most synonymous with Cornerstone is Harbour Plaza Residences, a three-tower development (two residential condominiums and one office tower known as 1 York) located in the South Financial Core that has fit seamlessly into Toronto’s mesmerizing skyline. In tandem with builder Menkes Developments, Cornerstone released Harbour Plaza as a single phase, a gutsy, if uncommon, strategy that translated into nearly a billion dollars worth of business in 2013 alone.

Cornerstone’s co-founder, Shab Rajabzadeh, says it was important to understand what made the company different from other brokerages when it launched operations.

“As the co-founder, I’m hands-on in all capacities of the process, being first in the office and last to leave.” he said. “It’s a hands-on approach in all aspects, from the product planning and design to project marketing, bringing a building to market and meeting targets set out for us.”

As Cornerstone Marketing Realty continues evolving and setting benchmarks, a new milestone is soon to manifest in the form of Axis Condos, a CentreCourt Developments condo project steps from Yonge and College Sts. in the downtown core.

Axis is Cornerstone’s final project of 2016, but Rajabzadeh believes it will be the hottest condominium development in the city. Meticulous market analysis revealed a need for shared workspace in the downtown market, and the first of its kind built into a Toronto condominium will appear in Axis.  It also has two electric-charged Tesla cars for residents to enjoy.

“Residents can take advantage of a car-share-like program and drive a very smart vehicle,” he said. “If you drive downtown there aren’t too many gas stations, so where are you going to pump gas? This is a convenient, superior product.”

Axis Condos, standing at 44 storeys with 572-units, will also have a 6,500 square foot gym equipped with state-of-the-art workout apparatus. Unsurprisingly, Axis will be set apart from other developments in the neighbourhood.

While Cornerstone hasn’t formally unveiled their next project, it will soon be selling a condominium at the Vaughan Metropolitan Centre, and a major selling point will be its location as the closest residence to the TTC subway extension slated to open in 2017.

“It is a powerful location setting us apart, considering transit has been the focal point of all new projects in the GTA, especially Vaughan,” continued Rajabzadeh.  “I believe this project will define Vaughan’s next transit-oriented development in the VMC .”

Rajabzadeh called the Chinese community the most real estate-savvy cohort in the Greater Toronto Area, because much of the community has lived in high-density environs in China and thusly understand the intricacies of condominium living.

“The Chinese are a very educated community, and that’s something to remember because they live in a high-density country and have a clear understanding of where real estate grows and the trends in it, so they’re a bit quicker to adopt this sort of development,” said Rajabzadeh. “Keep in mind that Toronto just got out of the infancy stage of condominiums—the ’70s and ’80s were very much rental markets, and only in the last decade-and-half has condo ownership become popular here.”

“With emerging markets and globalization you see a lot of people immigrate to Canada and now they can afford home ownership. Toronto is one of the top cities in the world to live in and prices aren’t even half of what they are in other major cities.

The Chinese are experiencing a generation of wealth right now and they’re taking advantage of it.”

He also expects to see what he calls “condos for kids,” already popular among the Chinese community, become a trend.

“If you’re buying something for your grand kids, it’s a smart move,” added Rajabzadeh. “Condos for kids—that will be the future. No longer will they buy Coca-Cola stocks like they used to. This will be my kids’ future.”

Rajabzadeh added that Southside Condominiums by Malibu Investments Inc., a development overseen by Cornerstone, is a good bet because the surrounding neighbourhood of Wilson Ave. and Allen Rd. is about to explode.

“We’re always looking to see what trends are in the city—that plays a role in the company’s vision and where we put our focus,” said Rajabzadeh. “(Southside) is right next to Wilson Station on the subway line, right next to Hwy. 401, and it’s a place people should pay attention to. It’s in a multi-million dollar neighbourhood with very good schools, and that’s important.”

One trend that emerged in 2016 was the popularity of two-bedroom condo units, which can be explained by the squeeze on single-family homes in Toronto and its immediate suburbs.

“Over the past few years, a lot of the product design has gone towards heavy investors who create small product, like bachelors, one-bedrooms, one-bedroom-plus-dens, and limited two-bedrooms, but this year specifically there has been a shift in demand for two-bedroom demand, and that’s the market speaking out saying ‘We want larger units,'” said Rajabzadeh. “If you look at the resale market, two-bedrooms are getting multiple offers right now, so it’s a good place to be.”

Rajabzadeh also added that the condo market will remain the most stable housing market segment in the GTA for the foreseeable future.