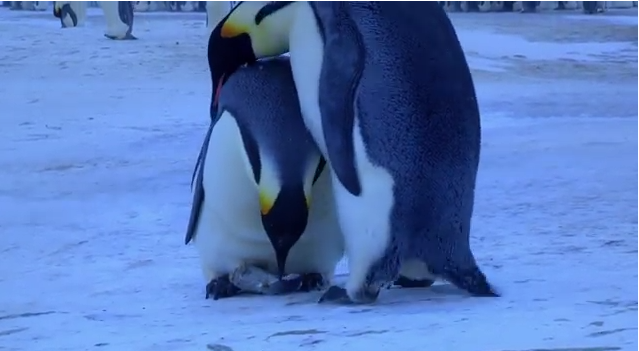 The Grief of a Mother Penguin (+ Video)

Birds are not known for being expressive creatures. Relatively speaking, they are lower down on the cute scale.

Because of that, such a vivid expression of grief—as shown by these two penguins, mourning their frozen chick—is so startling and touching.

This short clip, which was uploaded to YouTube.com by John Downer Production and was viewed on YouTube more than 100,000 times, is part of the company’s new series “Penguins—Spy in the Huddle (Waddle All The Way).”