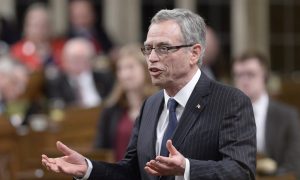 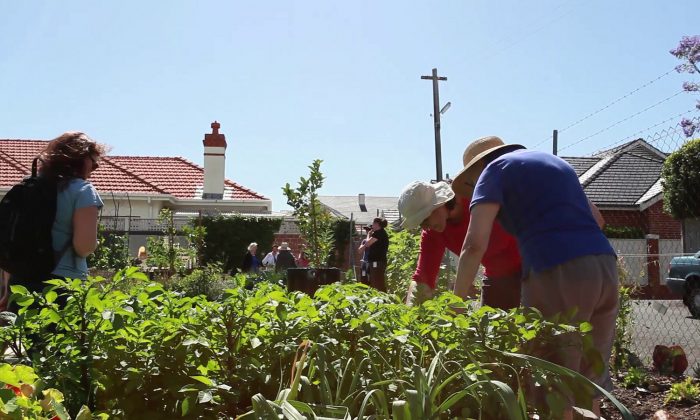 Digging up that nature strip and planting tomatoes is one way of reducing consumption. (Mosman Council/CC BY 2.0)
Environment

The Green-Tech Future Is a Flawed Vision of Sustainability

What does your vision of a sustainable future look like? Some people imagine a scenario whereby technology solves the world’s most pressing environmental problems.

In this world we all drive electric cars and have solar panels on our roofs that power our air conditioners and flat-screen televisions. We purchase eco-products that provide all the convenience and comfort but without degrading the planet. We continue consuming and growing our economies, without degrading Mother Nature.

But I and my colleague Josh (who co-wrote this article) would argue that this vision of sustainability is flawed, and will in fact drive greater damage to the world, its ecosystems, and us. So how has this vision come to dominate?

Why Is ‘Green-Tech’ So Popular?

There seem to be three main reasons why the “green-tech” conception of sustainability is dominant.

First, it is good for business. Sustainability is presented as something we can either purchase as consumers or sell as green entrepreneurs. There is no conflict here between consumer capitalism and sustainability, so the powers that be need not feel threatened. As the sustainable design website Inhabitat declares, “Design will save the world.”

Second, the green-tech future is politically palatable. Politicians can defend their “green” credentials without questioning the affluence that consumerist cultures seem to expect and demand. From this perspective, sustainability is a great opportunity for green growth of the economy, which means that politicians do not have to argue that we need to consume less.

Third, the green-tech future is less challenging for those of us who enjoy the affluent lifestyles that make such tremendous demands on natural resources. God forbid anyone suggest that sustainability requires that we rethink our lifestyles! As George Bush senior declared (in a comment also attributed to Dick Cheney): “The American way of life is not negotiable.”

Fortunately, for all those cultures that emulate the American way of life, the dominant faith in a green-tech future means that we can enjoy consumer affluence in good conscience, knowing that it is consistent with the transition to a just and sustainable world. We just need to do consumerism better, and given that human beings are so clever, that shouldn’t be a problem. Right?

Why the Green-Tech Future Is Flawed

The fact that the green-tech vision doesn’t fundamentally challenge business, politics, or our lifestyles should perhaps gives us cause to question its validity. When things sound a bit too good to be true, they are often false.

The best way to expose the myth of the green-tech future is to stare unflinchingly at the state of the world today, an undertaking designed not to invoke despair but to help us better understand what an appropriate response would look like.

The ecological footprint analysis indicates that the global economy is already in gross ecological overshoot. According to the latest research, we would need 1.6 planets if the existing civilization were to be sustained over the long term.

Will science save the day? Despite decades of extraordinary technological and scientific advance, humanity’s economic activity continues to devastate the ecosystems on Earth. Over the past 40 years alone, 50 percent of wildlife on the planet has been destroyed.

Furthermore, the climate problem is far worse than most people think. Kevin Anderson, a climate scientist at the Tyndall Centre for Climate Change Research, has shown that stopping global temperatures from rising 2 degrees Celsius above preindustrial levels means that the richest nations would need to decarbonize their economies by 8–10 percent per year over the coming decades.

Given the close connection between energy and economics, such swift decarbonization is incompatible with conventional growth economics.

What makes this limits-to-growth analysis all the more challenging is that the global population, currently at 7.3 billion, continues to increase. The latest evidence suggests that we’re trending toward 11 billion by the end of the century.

Even the world’s most successful ecovillages have yet to attain a “fair share” ecological footprint.

Do we need to go on? The point is that globalizing Western-style affluence to the world’s expanding population would be catastrophic. Technology and design improvements, on their own, simply cannot make that development agenda sustainable.

It follows that if we are to achieve a world where the entire community of life can flourish within planetary limits, we need to begin with a new vision of sustainability.

A Different Version of the Good Life

Our argument is that genuine sustainability implies a different vision of the good life—one arising out of the unfashionable virtues of moderation, frugality, and sufficiency. We can consider this in terms of aesthetics: what we find appealing or attractive.

We must come to see the wind turbines that grace our landscapes as one of the best aspects of civilization, something to admire, and not as utterly offensive blights, as our political leaders suggest. But even more fundamental than greening the supply of our energy is reducing demand, which also changes the vision of what sustainability looks like.

Rather than instinctively turning on the heater, let us first ensure we are wearing a warm woollen sweater. If the heater is turned on, heat only one room, just to take the chill off the air. Let us dress creatively in second-hand or mended clothing, or even make our own, rather than be seduced onto the consumerist treadmill by the marketing and fashion industries.

While electric cars may have a limited role to play on the path to a sustainable world, the more important transition will be the increase of cycling, walking, and public transportation. A local camping trip, where we reconnect with nature under the stars, represents a lost luxury that can easily replace a trip to Bali.

Let us dig up our Victorian lawns and grow organic food and keep a few chickens for eggs. Even our dinner plates will look different: advocating a low-meat or no-meat diet is the cultural taboo the environmental movement will have to face at some stage.

None of this implies going back to the Stone Age. It’s about focusing on what is sufficient to live well.

No, but that’s not really the point. We’re not attempting to present a new political or macroeconomic model here (although some ideas have been sketched elsewhere). But we are arguing that we need to think of sustainability in a different way.

By reusing, reducing, reclaiming, and recycling so much of our current waste streams, our gardens, homes, and suburbs may come to look like a creative do-it-yourself zone—not fancy, but functional. This is not the eco-future that we are shown in glossy design magazines featuring million-dollar green homes that are prohibitively expensive.

Ours is a more humble—and we would insist a more realistic—conception of sustainability. We hold up the water tank over the desalination plant.

Do not mistake us, however. While we do reject the Jetsons as a vision of a sustainable future, our purpose is not to celebrate the Flintstones. Obviously we need to advance science and embrace appropriate technologies, especially those that produce renewable energy.

But we do call for a more humble aesthetics of sustainability, one that sees ugliness in the clothes dryer and elegance in the clothesline.

This article was co-authored by Josh Floyd, adviser on energy, systems, and societal futures at Understandascope, and founding partner of the Center for Australian Foresight. Samuel Alexander is a research fellow of the Melbourne Sustainable Society Institute at the University of Melbourne. This article was previously published on TheConversation.com