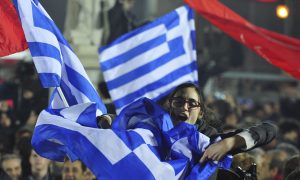 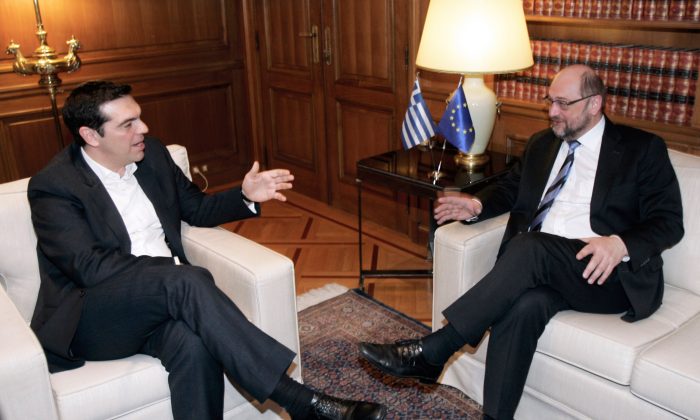 Syriza will not easily sweep the policies of austerity aside, but there is a palpable feeling on the continent that a tide is turning

Almost before the votes were counted in the recent Greek elections, battle lines were being drawn all over Europe.

While Alexis Tsipras, the newly elected prime minister from Greece’s victorious Syriza party, was telling voters that “Greece is leaving behind catastrophic austerity, fear, and autocratic government,” Jens Weidmann, president of the German Bundesbank, was warning the new government not to “make promises it cannot keep and the country cannot afford.”

On Feb. 12, those two points of view will collide when European Union (EU) heads of state gather in Brussels. Whether the storm blowing out of Southern Europe proves an irresistible force or the European Council an immovable object, the continent is not likely to be the same after that meeting.

The Jan. 25 victory of Greece’s left-wing Syriza party was, on one hand, a beacon for indebted countries like Spain, Portugal, Italy, and Ireland.

On the other, it’s a gauntlet for Germany, the Netherlands, Finland, and the “troika”—the European Central Bank, the European Commission, and the International Monetary Fund—that designed and enforced the austerity policies that have inflicted a catastrophic economic and social crisis on tens of millions of Europeans.

The troika’s policies were billed as “bailouts” for countries mired in debt—often as a result of the 2008 financial speculation bubble, over which the indebted countries had little control—and as a way to restart economic growth. In return for the loans, the EU and the troika demanded massive cutbacks in social services, huge layoffs, privatization of public resources, and higher taxes.

However, the “bailouts” didn’t go toward stimulating economies, but rather toward repaying creditors—mostly large European banks. Out of the $266 billion loaned to Greece, 89 percent went to investors. After a full five years under the troika formula, Greece was the most indebted country in Europe. Gross national product dropped 26 percent, unemployment topped 27 percent (and over 50 percent for young people), and one-third of the population lost their health care coverage.

Given a chance to finally vote on the austerity strategy, Greeks overwhelmingly rejected the parties that went along with the troika and elected Syriza.

A Coalition of the Unconventional

Now it gets tricky, starting with the internal situation within Greece.

Because Syriza fell two seats short of controlling the Greek Parliament, it has gone into coalition with the small, right-wing Independent Greeks party. While initially that seems an odd choice—the Panhellenic Socialist Movement (PASOK) and the Greek Communist Party also have deputies, and Syriza only needed two more seats—Greek politics are, if nothing else, complex.

The Independent Greeks—that split off from the conservative New Democracy Party that ruled Greece prior to the last election—is an odd duck by any measure. It has e a strong racist and xenophobic streak, and its leader, Panos Kammenos, believes that jet contrails are chemicals used to control people’s minds. But the party is staunchly anti-austerity and will not likely waver in the face of the troika or German Chancellor Angela Merkel.

What would seem like a more compatible alliance with PASOK, however, is precluded by that fact that the center-left Socialists supported the austerity package. There’s a new centrist party, To Potami, but it has yet to publish its program, and it’s unclear exactly what it stands for. As for the communists, the party’s leadership said they have no intention of working with the “false hope” of Syriza.

As convoluted as Greek politics are, the main obstacle for Syriza will come from other EU members and the troika.

Finnish Prime Minister Alex Stubb made it clear “that we would say a resounding ‘No’ to forgive loans.” Merkel’s chief of staff, Peter Altmaier, said, “We have pursued a policy which works in many European countries, and we will stick to in the future.” IMF head Christine Lagarde chimed in, “There are rules that must be met in the eurozone,” and that “We cannot make special exceptions for specific countries.”

But Tsipras will, to paraphrase the poet Swinburne, not go entirely naked into Brussels, but “trailing clouds of glory.” Besides the solid support in Greece, a number of other countries and movements will be in the Belgian capital as well.

Syriza is closely aligned with Podemos, the new anti-austerity party that’s now polling ahead of the conservative ruling People’s Party in Spain. “2015 will be the year of change in Spain and Europe,” tweeted Podemos leader Pablo Iglesias in the aftermath of the election. “Let’s go Alexis, let’s go!” Unemployment in Spain is 24 percent, and over 50 percent for young people.

Gerry Adams of Sinn Fein—now the third largest party in the Irish Republic—hailed the vote as opening “up the real prospect of democratic change, not just for the people of Greece, but for citizens right across the EU.” Unemployment in Ireland is 10.7 percent, and tens of thousands of jobless young people have been forced to emigrate.

Germany’s center-left Social Democrats are generally supportive of the troika. But the Green Party hailed the Syriza victory, and Der Linke Party members marched with signs reading, “We start with Greece. We change Europe.”

Italian Prime Minister Matteo Renzi—who has his own issues with the EU’s rigid approach to debt—also hailed the Greek elections, and top aide Sandro Gozi said that Rome was ready to work with Syriza. The jobless rate in Italy is 13.4 percent, but 40 percent among youth.

The French Communist Party hailed the Greek elections as “Good news for the French people,” and Jean-Luc Melenchon of the Left Party called for a left-wing alliance similar to Syriza. French President François Hollande made a careful statement about “growth and stability,” but the Socialist leader is trying to quell a revolt by the left flank of his own party over austerity, and Paris is closer to Rome than it is to Berlin on the debt issue.

While the conservative government of Portugal was largely silent, Marisa Matias—who represents the Left Bloc in Portugal’s delegation to the European Parliament—told a rally, “A victory for Syriza is a victory for all of Europe.”

In short, there are a number of currents in the EU. And there’s a growing recognition even among supporters of the troika that the prevailing approach to debt is not sustainable.

One should have no illusions that Syriza will easily sweep the policies of austerity aside, but there is a palpable feeling on the continent that a tide is turning.

It didn’t start with the Greek elections, but with last May’s European Parliament elections, where anti-austerity parties made solid gains. While some right-wing parties that opportunistically donned a populist mantle also increased their vote, voters tended to go left when given a viable choice. For instance, the right did well in Denmark, France, and Britain, but largely because there were no anti-austerity voices on the left in those races. Elsewhere, despite the headlines of the time, the left generally defeated its rightist opponents.

If Syriza is to survive, however, it must deliver. And that will be a tall order given the power of its opponents.

At home, the party will have to take on Greece’s wealthy tax-dodging oligarchs if it hopes to extend democracy and start refilling the coffers drained by the troika’s policies. It will also need to get a short-term cash infusion to meet its immediate obligations, but without giving in to yet more austerity demands by the troika.

For all the talk about Syriza being “extreme”—its name is a Greek acronym for “Coalition of the Radical Left”—its program, as Greek journalist Kia Mistilis points, is “classic ’70s social democracy.” It calls for an enhanced safety net, a debt moratorium, a minimum wage increase, and economic stimulus.

Syriza is pushing for a European conference modeled on the 1953 London Debt Agreement that pulled Germany out of debt after World War II and launched the Wirtschaftswunder—the economic miracle that created modern Germany. The agreement waived more than 50 percent of Germany’s debt, stretched out payments for the remainder over 50 years, and made repayment of loans dependent on the country running a trade surplus.

The centerpiece of Syriza’s Thessaloniki program is its “four pillars of national reconstruction,” which include “confronting the humanitarian crisis,” “restarting the economy and promoting tax justice,” “regaining employment,” and “transforming the political system to deepen democracy.”

Each of the “pillars” is spelled out in detail, including costs, income, and savings. While it’s certainly a major break with the EU’s current model, it’s hardly the October Revolution.

The troika’s austerity model has been quite efficient at smashing trade unions, selling off public resources at fire sale prices, lowering wages, and starving social services. As a statement by the International Union of Food Workers argues, “Austerity is not the product of a deficient grasp of macroeconomics or a failure of ‘social dialogue,’ it is a conscious blueprint for expanding corporate power.”

Under an austerity regime, the elites do quite well, and they are not likely to yield without a fight.

But Syriza is poised to give them one, and “the little party that could” is hardly alone. Important elections are looming in Estonia, Finland, and Spain that will give anti-austerity forces more opportunities to challenge the policies of Merkel and the troika.

The specter haunting Europe may not be the one that Karl Marx envisioned. But it’s putting a scare into the halls of the rich and powerful all the same.

Foreign Policy In Focus columnist Conn Hallinan can be read at www.dispatchesfromtheedgeblog.wordpress.com and www.middleempireseries.wordpress.com. This article previously published on FPIF.org.