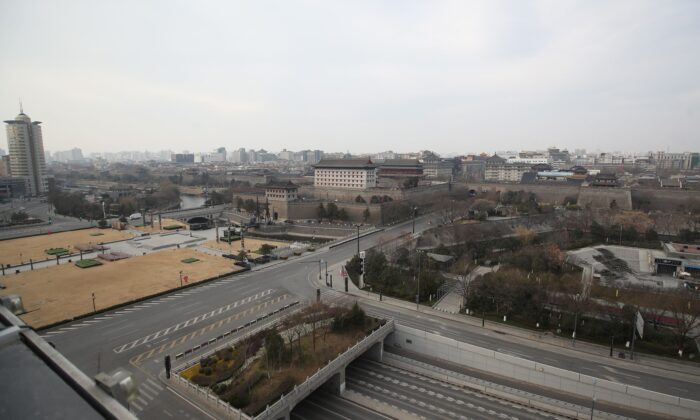 The Great Social Experiment: China’s Draconian Lockdowns and the Loss of Human Agency

Do lockdowns actually work? The answer appears to be a rather resounding no. The argument in favor of lockdowns—both from a scientific and medical standpoint—carries very little weight.

Not only are lockdowns ineffective, they are unnecessarily cruel. This cruelty comes in many forms: economically, psychologically, spiritually, and existentially.

Human beings are social creatures. We are not designed to cut ourselves off from society. Extended hibernation is necessary for many animals, but it’s detrimental to human beings.

The cure, as they say, should never be worse than the disease. Lockdowns, especially mass lockdowns, pose a far graver threat to society than Omicron, a variant of SARS-CoV-2, the virus that causes COVID-19. But try telling this to the tyrants in Beijing.

In Xi’an, a large city and capital of Shaanxi Province in central China, millions of people now find themselves placed in restrictive lockdowns. The city, once called Chang’an or “Eternal Peace,” has become an Eternal Prison.

The Chinese Communist Party (CCP), according to reports, has reportedly set up “brutal, eerie-looking quarantine camps” throughout the city, just weeks before the country hosts the Winter Olympics.

Why has the CCP locked down the city? All in the hope of achieving “zero COVID.” China is now the last major country to pursue this rather ridiculous goal. I say ridiculous because the idea of “zero COVID” is just not realistic. We must learn to live with the disease.

To quote Jeremy Farrar, an infectious disease physician, the key question facing society is this: “How do we move on, rationally and emotionally, from a state of acute [emergency] to a state of transition to endemicity?” Although the “transition period is going to be very bumpy,” it’s necessary.

Human beings cannot live in a perpetual state of fear. Just like the common cold, COVID-19, it seems, is here to stay. Governments must learn to adapt. People need to move on with their lives. Again, though, try telling this to the tyrants in Beijing, who appear to be doubling down on the most misguided of “zero COVID” strategies.

A sort of slow-motion self-destruction? Perhaps.

Not surprisingly, China’s economy appears to be taking a hit. Analysts at Goldman Sachs recently cut China’s 2022 growth forecast to 4.3 percent, from 4.8 percent previously. But, I argue, the ideological myopia of the CCP is far more concerning than the actual slow-motion economic suicide that’s now occurring.

Of course, many Westerners, especially in the United States, will read this and say, “So what if China, our biggest rival, self-destructs.”

Also, a more isolated China would result in even more brutal acts being carried out on innocent people throughout the country. It’s of utmost importance that we separate the Chinese people from the CCP. The cruelty being inflicted on tens of millions of innocent Chinese people is as inhumane as it is unnecessary. These people, powerless in the extreme, are not representative of the oppressors in Beijing—we should never forget this.

In the aforementioned Xi’an, as the journalist Nicole Hao recently noted, Chinese authorities sealed residents’ homes, “but didn’t arrange for a reliable food supply.” These people, locked down for roughly three weeks, are “lacking in food and are on the edge of mental breakdown.”

There’s a perverse, social experiment being carried out in Xi’an, and innocent people are losing their minds. Some, sadly, will lose their lives. Some wonder if Hell is a real place—it is. Millions of people already live in it, and many of these people are situated in China.

There’s a lesson to be learned here. Lockdowns are not the answer. They never were. Human beings are not farm animals. We should not be sealed off from society. Our every move should not be monitored. We deserve the right to make our own informed decisions. We deserve to be free.

What’s occurring in China is brutal, but it’s not necessarily surprising. In many ways, the Chinese people have always been prisoners, regularly subjected to cruel and unusual punishments. Now, though, the people of Xi’an are literal prisoners, quite literally sealed off from society. When will they be freed? A week from now, a month, a year? Sadly, we don’t know.