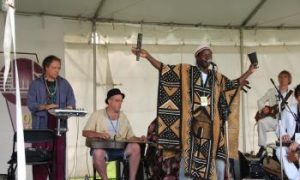 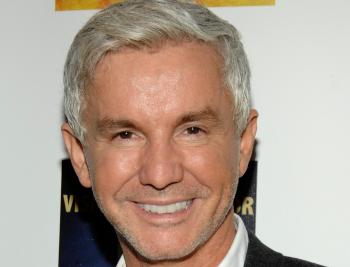 By Mimi Li
Print
Could the upcoming film adaptation of The Great Gatsby be in 3D?

Director Baz Luhrmann (Moulin Rouge, Romeo + Juliet) has hinted to the Hollywood Reporter as well as backstage at the Consumer Electronics Show to the LA Times that the movie could be shot in three dimensions.

Luhrmann told the Hollywood Reporter that he has workshopped The Great Gatsby in 3D but hasn’t made a definite decision on whether or not to shoot the film in the technology that vaulted Avatar atop the worldwide all-time box office.

The Australia director also told the LA Times that he was “fantastically optimistic” about 3D technology and was enthusiastic about seeing whether 3D would be best for the Gatsby project.

According to the British newspaper The Guardian, the film is slated to star Leonardo DiCaprio (Inception) as the protagonist Jay Gatsby, Carey Mulligan (An Education, Wall Street: Money Never Sleeps) as Daisy Buchanan, and Tobey Maguire (Spider-Man) as the narrator Nick Carraway.

Fans were mostly apprehensive of the prospect of filming what is mostly a character drama in 3D and took to twitter to express their reactions.

“Baz Luhrmann, you CANNOT put The Great Gatsby in 3D. F. Scott Fitzgerald is rolling in his grave over that thought. UGH,” wrote @ekimberlym on Twitter.

“3D movies are getting out of hand… Great Gatsby? #Why,” added @RealJahNel.

The Great Gatsby remake, based on the F. Scott Fitzgerald novel which has become a must-read for American high school English classrooms, will be tentatively set for release in 2012.