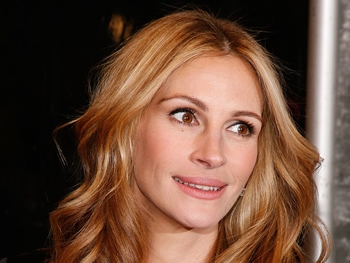 Known for her mega watt smile and down to earth disposition, Oscar-winning actress, Julia Roberts, has recently been named "ambassadress" for Lancôme cosmetics. Her duties begin in 2010 … although the company is still not giving specifics about what she will be doing exactly. According to Lancôme's blog last Friday, VP of public relations Kerry Diamond reported that, "We're all thrilled that Julia has joined the Lancôme family. She's in great company, with our other amazing spokesmodels like Kate Winslet and Anne Hathaway."

Needless to say we are all looking forward to seeing Julia in our favorite fashion and beauty magazines after the New Year!

No doubt a highlight of the social and cultural scene of Washington, D.C. each year, the 32nd Kennedy Center Honors will be quite an evening indeed! Taking place on Dec. 6 honorees Mel Brooks, Dave Brubeck, Grace Bumbry, Robert De Niro, and Bruce Springsteen will each receive accolades and salutes from a mix of great performers and peers. In a statement on their Web site, Chairman Stephen Schwartzman indicated, "This year, the Kennedy Center celebrates five extraordinary individuals whose unique and abundant artistry has contributed significantly to the cultural life of our nation and the world." Be sure to watch the two-hour rebroadcasting on CBS Dec. 29th at 9 p.m.