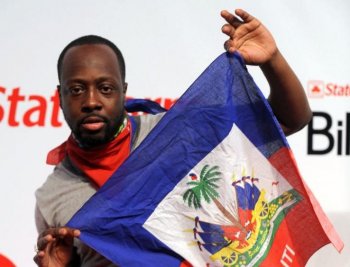 Award-winning Musician Wyclef Jean, co-founder of the Yéle Haiti Foundation, will be taking three Haitian girls, who lost limbs after the recent earthquake, on a $3,000 shopping spree at the Penn Station N.Y. Kmart and a makeover according to a report from the website “LOOKTOTHE STARS.ORG.” The shopping is a diversion for Margarette, Chantal, and Farah who all will be in the States to receive artificial limbs at Shriners Hospitals for Children in Philadelphia.

German Supermodel Claudia Schiffer, 39, and her film producer husband, Matthew Vaughn, welcomed a daughter last week in a London hospital. The happy couple also have a son, Caspar, 7, and a daughter, Clementine, 5. The baby’s name has not yet been released.

Rocker Bret Michaels, 47, who recently experienced severe health troubles including an emergency appendectomy and brain hemorrhage in April, expects to get back to business as soon as May 19. Michaels is scheduled to appear on The Oprah Winfrey Show on May 19, is hoping for a possible return for the finale of NBC’s Celebrity Apprentice on May 23, and according to a post on his Facebook page, Michaels “has increased his rehabilitation sessions to twice a day to prepare for his comeback on Friday, May 28, at the Hard Rock in Biloxi, Mississippi.”