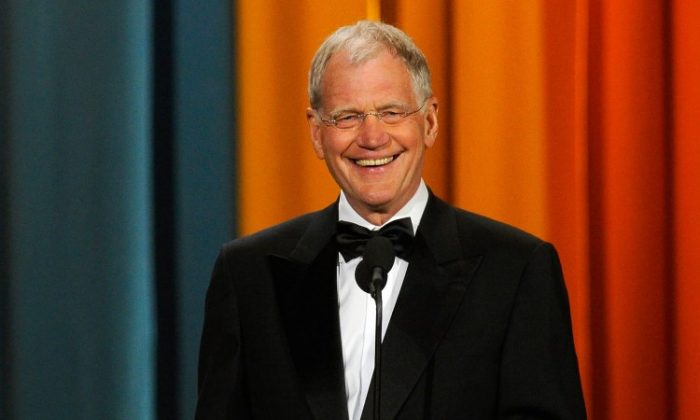 Keeping the celebration “low key,” Letterman welcomed back comedian Bill Murray to his stage. Murray, who presented Letterman with a celebratory cupcake, was the host’s first guest three decades ago. Regular guest Regis Philbin also made an appearance.

Actress and young mother Jessica Alba has founded “The Honest Company,” providing parents with eco-friendly and nontoxic baby and household products, according to Reuters.

“There are a lot of toxic chemicals in baby products, and these toxic chemicals are linked to not just allergies and asthma, but also autism and ADHD and lots of childhood cancers, and I was horrified that products that were made for babies and children would have these toxic chemicals,” the actress told the news outlet. She continued, “I really wanted to make a company that was for parents, by parents.”

Paula Abdul Will Not Return to ‘The X Factor’

Among the many changes Simon Cowell is making to his Fox television show “The X Factor” is the elimination of his friend, Paula Abdul, from the judges panel.

Abdul took to Twitter on Tuesday, Jan. 31 to confirm the move, saying: “Yes, it’s true; I won’t be returning to The X Factor next season. I’ve learned through my longevity in this industry that business decisions often times override personal considerations. … Simon is, and will remain a dear friend of mine and I’ve treasured my experience working this past season with my extended family at Fox and Fremantle.”