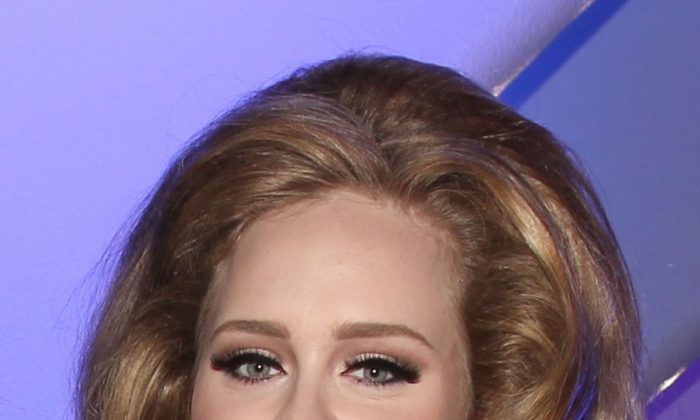 A favorite in the eyes of many, the British singer is nominated in six categories. She recently tweeted: “Ima be, Ima be singing at the Grammys. It’s been so long I started to forget I was a singer! I can’t wait, speak soon xx”

Zsa Zsa Gabor’s husband, Prince Frederic von Anhalt, threw the ailing actress a celebrity-filled birthday party in honor of her 95th. “My wife was very happy. Everything was fine. We had a good time,” he told ABC News.

Gabor, who is bedridden and suffers from numerous health problems, received a birthday cake from Wolfgang Puck and was sung to by Larry King. Also attending her bash was Lou Diamond Phillips, Connie Stevens, and Angie Dickinson, according to the report.

Pop-star-turned-actress Mandy Moore will star in a family comedy pilot on ABC, according to The Hollywood Reporter. She will portray a young newlywed who runs her own restaurant in her hometown, “bringing her closer to her needy and high-maintenance family,” on the Disney-owned network, according to the report.

Moore celebrated the news with an ice-cream sandwich, according to her Twitter.