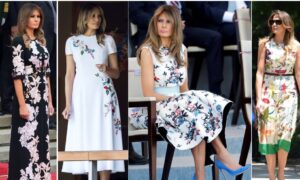 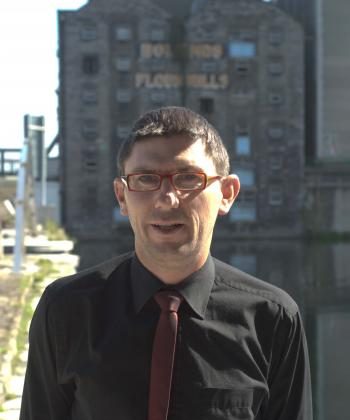 The Grand Canal dock area of Dublin has gone through remarkable changes in the past few years, I was strolling through that area last week and discovered the Grand Barber shop, I spoke with the owner to find out about his role in the developments.

Mr Alan Austin the man behind the Grand Barbers explained how his shop came to be. He had been involved in running businesses for the past 12 years, most recently in the fruit and veg trade. Mr Austin saw the potential in the area and was willing to put his money where his mouth was and thus opened his business, he also became a resident in the nearby Spencer Dock Development.

Alan realised that there was no male grooming in this newly rejuvenated area. "I looked at all the business men and the businesses around … I saw the building and the opportunity for male grooming and I took it from there."

There is a lot of activity in the area, from The Aviva Stadium to Google, the New Conference centre to the Theatres. “Google are one of our biggest clientele, they have really given us great support as well as other different businesses in the area,” said Mr Austin.

Service is one of the areas that Mr Austin has focused on, “I concentrate on service, because service is my business.” He explains how the Grand Barber is different; “We like to acknowledge someone as soon as they come in the door…we make them feel very welcome.” Individual leather seating make for a relaxing wait. You do have to wait, as one isn't rushed in and out of the Grand, “We are not a factory, we don't just spend five minutes with you.”

Tea, coffee, WIFI and no radio are all part of the Grand experience, “We don't listen to radio … I decided when I opened the Grand Barber I wasn't going to listen to any negativity. I don't believe in it … I'm not going to have my staff listen to the hype on the economy…the barbers is for relaxation.”

Alan believes that he has a great crew of barbers working in the Grand, “They are a brilliant team and it's my job to keep that team going.

“The most important thing is to keep your staff happy, and again don't listen to the news.”

The Shave to Beat All Shaves

For starters, the best view of any barber shop I've been in. While waiting my turn, I sat and observed the Grand in motion.

Alan tells me they've had a few celebrities drop in, but the Grand doesn't cut and tell “we're a discrete barbers” and that was the closest I got to knowing who they were.

I could try and describe the "The Italian Hot Shave" (25 Euro) with eucalyptus oil, hot towels, close shave, more hot towels and finally cool towel and more oil but that would be impossible, you will have to go and experience it for yourself.