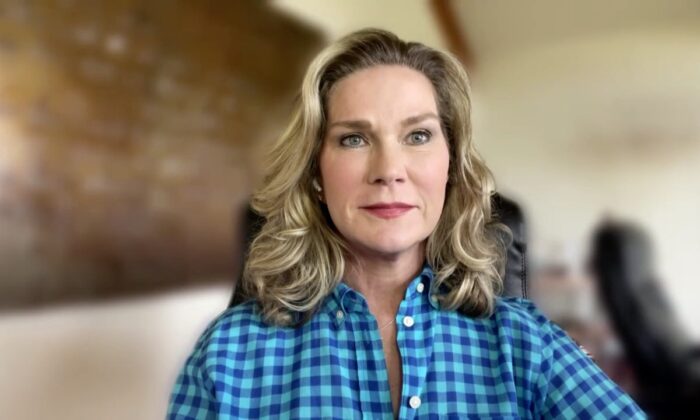 ‘The Government Is Not Our Friend’: Founder of True the Vote Discusses Being Targeted by FBI, IRS

During President Barack Obama’s administration, her personal, business, and nonprofit dealings suddenly became of intense interest to the federal government. She endured more than 15 instances of audits or inquiries from the FBI, IRS, Environmental Protection Agency, Bureau of Alcohol Tobacco and Firearms (ATF), and the Occupational Safety and Health Administration (OSHA).

Engelbrecht said seeing Trump’s home raided made her sick. It reminded her of her own experience and offered proof that more than a decade after her dealings with federal law enforcement began, the United States is moving toward communism.

“It was a nauseatingly clarifying moment,” Engelbrecht told The Epoch Times. “Like, just in case you thought it was enough to cheat him out of an election—No. They want him gone. They want him indicted.”

It galvanized her resolve to continue speaking about election integrity.

“It was clarifying in its clear weaponization, and a stark reminder of what we’re facing,” Engelbrecht said of the raid. “We cannot allow this to continue, or children do not have a chance.”

‘They Needed to Kneecap Us’

Engelbrecht became interested in election integrity after she volunteered to work the polls in Texas in 2009 and noticed procedural problems she felt should be addressed. She started True the Vote, which grew into a national election integrity movement. True the Vote is the investigative group behind the documentary “2,000 Mules,” but it was started well before the 2020 election.

Engelbrecht says True the Vote was the first national election watchdog group. She had another group, King Street Patriots, a Tea Party organization she founded in Texas.

Her troubles began in 2010 after she applied for tax exempt status for her nonprofit organizations. Engelbrecht had to file a lawsuit and deal with intimidating federal agencies for more than three years before her application was finally approved.

“We were being targeted before it was part of the American awareness that this is happening, so it was very surreal to have agency after agency show up, the FBI being the first of ultimately five agencies,” Engelbrecht said.

She had been holding weekly public meetings and the FBI wanted to see a list of attendees. She later learned it was the FBI’s domestic terrorism unit that had been visiting her.

In 2011, her personal and business taxes were audited by the IRS for the first time, each audit going back many years. In 2012 her business was inspected by OSHA when she was not present. The agency said it found nothing serious or significant in its report, but still fined the business $20,000. In 2012 and again in 2013, the ATF audited her family business.

“How does this happen, when we shouldn’t have been on anybody’s radar,” Engelbrecht said. “I look back now and I understand exactly what they were trying to do. They were trying to take out what they perceived to be opposing political voices. Back then there was no other nationally focused election integrity organization. They needed to kneecap us hard, before we began to gain momentum. And they did.”

In a 2014 hearing about the IRS targeting conservative groups, Engelbrecht gave congressional testimony about her experiences. She repeated some of that testimony during the 2015 confirmation hearing of Loretta Lynch for attorney general.

“All of these incursions into my affairs began after filing applications for tax exemption, there is no other remarkable event. There is no other reason to explain how, for decades I went unnoticed, but now I find myself on the receiving end of interagency coordination into and against all facets of my life, both personal and private,” she testified. “These events were occurring while the IRS was subjecting me to multiple rounds of abusive inquiries, with requests to provide every Facebook and Twitter I’ve ever posted, questions about my political aspirations, and demands to know the names of groups that I’ve spoken with, the content of what I said, and everywhere I intended to speak in the coming year. The answer to these sorts of questions are not of interest to the typical IRS analyst. But they are certainly of interest to a political machine that will put its own survival against the civil liberties. This government attacked me because of my political beliefs, but I refuse to be cast as a victim.”

She called it a coordinated effort to exert the weight of the federal government to intimidate her.

“There was a time when citizens getting responsibly involved in supporting civic engagement would be a good thing. That would be a thing we should aspire to, and tell our kids they should to,” Engelbrecht said. “Instead, it’s being used as a weapon to silence people. It’s never been the same since the Obama administration. They put in motion a series of targeting that continues.”

It’s government as a weapon, she says.