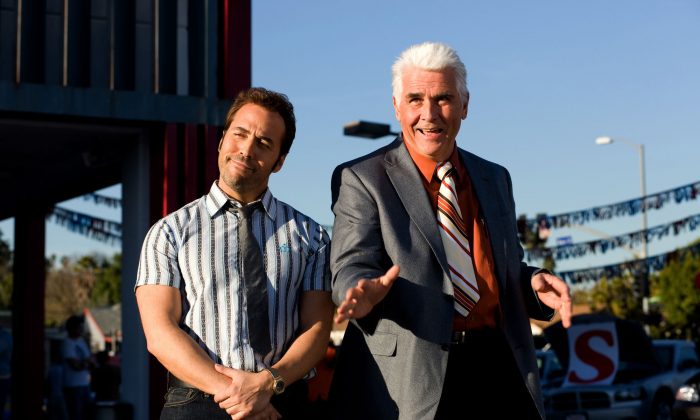 By Matthew Rodgers
Print
Rarely in recent memory has a film with such promising credentials strained at the seams to be funny and failed on such a monumental scale.

Using the Talladega Nights template of the team of wacky characters rooted in the periphery of American society, we are introduced to used car salesman Don Ready (Jeremy Piven) and his crackpot team of salesmen. There’s Jibby (Ving Rhames), a sensitive soul that’s never been in love, Babs (Kathryn Hahn), a nymphomaniac with a truly offensive penchant for men with learning disabilities that even the Farrelly brothers would have avoided, and Brent Gage (David Koechner), a character so colossally unfunny it’s hard to recall his part in the plot. So when a failing automotive dealership calls upon their services to keep them afloat it’s up to Ready and Co. to save the day.

There can be such a thing as too many jokes. Movies like Airplane get away with it primarily because they’re funny, but their success also lies in the joke-to-laugh ratio. By cramming the script with enough jaw-rattlers you also forget the few tumbleweeds. The problem with The Goods is that despite firing off its fair share of one-liners there is literally only one moment of mirth. And when that features an uncredited Will Ferrell grasping at a sex toy while tumbling from a plane, you know it’s going to be a long 90 minutes.

How on earth it manifests itself as this clunking rust-bucket of a comedy when it’s headlined by Jeremy Piven is anybody’s guess. Piven lights up the small screen every week with his Emmy award-winning role as tough-talking agent Ari Gold in the wonderful Entourage, yet none of that translates here. As the movie progresses it becomes a challenge for him not only to deliver the turgid punchlines but also to hide his obvious embarrassment at such awful scriptwriting and one-take direction.

This is an unmitigated disaster.