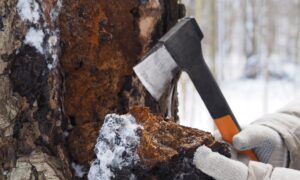 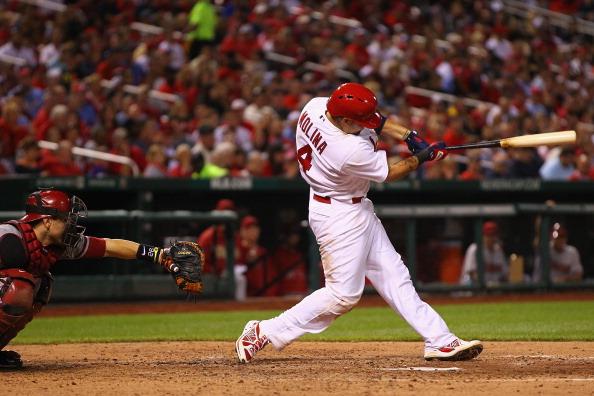 The Good and Bad of the NL Central

In 162 games, all baseball teams will identify the things that are going right and the things that are going wrong. Some teams have few to celebrate and some have few to complain about. The St. Louis Cardinals have had success with their offense and their pitching but they could even be better. They may need to step up their game as the Pittsburgh Pirates finally look like they have found the missing pieces they needed to make a serious run for a winning season or, dare I say it, a postseason appearance. But the Cincinnati Reds can’t be counted out with their two best players getting on base whenever they step to the plate. The Chicago Cubs are attempting to maintain a credible team as they determine who is worth keeping and who’s worth is as a trading chip towards a bigger goal. Then, there are the Milwaukee Brewers, who have strong offense but their pitching has faltered and it could lead to some familiar names being traded for some younger players under team control. Here is the good and bad of the five NL Central teams.

(Statistics as of games on July 13 via baseballreference.com)

The Cubs’ left fielder is showing his offensive prowess like he normally does. With 16 home runs and 49 RBI at the All-Star break, Soriano may not have much value to the Cubs long-term plans but he can become a big trading chip. The Cubs will likely have to take on most of the remainder of Soriano’s eight-year contract. He won’t be a free agent until 2015 so a team may be willing to give up some quality prospects for the Cubs to continue building for a bright future.

The 6-6 record is deceiving when you’re on a team like the Cubs. A better reflection of what Travis Wood has accomplished is his 2.79 ERA. The first time All-Star is having a good season. The 26-year-old Travis Wood has only allowed five earned runs in one of his 19 first half starts. He won’t be a free agent until 2017 so with time, maybe he can look even better as the team around him gets better.

At $13 million a year, Edwin Jackson has not been worth his price. On his eighth team in his 11-year career, Jackson is 6-10 with a 5.11 ERA. He has never been a great pitcher but he’s capable of being an innings eater. He also has a reputation of being wild, this season is no different. He leads the league with 11 wild pitches. He likely hasn’t increased his trade value as there are more effective pitchers available, like teammate Matt Garza. But if the Cubs aim low and take on some of this contract, maybe someone will take him off their hands.

In 31 appearances with the Cubs, the former Cubs closer had a 5.86 ERA. Year in and year out, the Cubs organization put up with the erratic 30-year-old reliever. On July 2, the Los Angeles Dodgers traded for Carlos Marmol. This ended his eight-year tenure with the Cubs. The Cubs can move on without an unpredictable closer as they look to bring success back to a notably unsuccessful franchise.

Leading the National League in on-base percentage with .434, Joey Votto has continued to do what he does best, walk and work counts. His 71 walks lead the league, not just the National League. Getting on base for his teammates has benefited. Outfielder Jay Bruce could be on his way to a career-high in RBI and that’s because Joey Votto is often on base when Bruce comes up.

Second in the National League in on-base percentage with .425, Shin-Soo Choo is doing what he does, just for a different team. Choo was traded from the Indians to the Reds this season and he has the second highest walk total in the league (behind Votto again) with 64. The teammate hat has benefited from Choo’s proficiency to reach base is second baseman Brandon Phillips. The all-star second baseman has a great RBI total that will likely exceed his career high. He can thank Shin-Soo Choo for that.

A 4-2 record with a 3.33 ERA is not bad. But three consecutive seasons with back injuries is bad. His back injury first showed up in 2011. In the 2012 postseason, Cueto started Game 1 of the NL Division Series but would leave the game after eight pitches with a strained muscle in his back. This year, Cueto has had three stints on the disabled list with back-related injuries.  While Cueto is capable of being a 19-win pitcher, if these injuries are going to become a constant hindrance of his abilities, he won’t win many games on the disabled list.

With a National League-leading 121 hits, Jean Segura has been a standout in his first full season with the Brewers. Acquired last season from the Angels in the Zack Greinke trade, the 23-year-old shortstop has had an amazing season. He has shown power and speed as he has 11 doubles, 8 triples, 11 home runs and 27 stolen bases. He never showed this kind of power but I don’t think the Brewers will be complaining anytime soon.

The 27-year-old speedy Carlos Gomez has had good seasons but this year he is great. Leading the league with nine triples, Gomez is also hitting a career-high .295. He has a good chance to set career-highs in walks. But the highlight of his great season may be his ability to take away home runs. His most notable home run came on July 8, when he robbed Reds first baseman Joey Votto of what would have been the go-ahead home run at Miller Park. Instead, Gomez shocked the crowd; Votto included, and made an amazing home rub robbing leap at center field to end the game.

Yovani Gallardo came into this season without a season under .500. In fact, his career win-loss record is 69-43. This season he is under .500 going into the All-Star break. With a 7-8 record and a career-high 4.83, Gallardo may not stay with the Brewers, the only team he has played for. He has shown in the past that he has ace-caliber abilities and could be a valuable trading piece that could fill a gap that a postseason-contending team needs.

Entering the season, John Axford was the closer but four consecutive appearances with at least one run quickly got him demoted. He would get another opportunity at closing in May but would blow two more save opportunities. Relievers Jim Henderson and Francisco Rodriguez took on the closer role and shined. While Axford has only allowed one run in 29 consecutive appearances, his value to the Brewers has been to a seventh or eighth inning reliever. Maybe his value is higher to a team looking for a closer.

With Joel Hanrahan traded, Jason Grilli was given the closer role. In 30 opportunities, Grilli has 29 saves to lead the National League. He has also struck out 63 in 40.2 innings. He has stepped into the closer role smoothly and with the help relievers Justin Wilson and Mark Melancon, the Pirates could be in contention for great things in 2013.

As a team, the Pirates have shutout their opponents 13 times. As mentioned earlier, relievers Justin Wilson, Mark Melancon and Jason Grilli have been having outstanding seasons to backup the starters. Veteran starters A.J. Burnett, Francisco Liriano and Wandy Rodriguez have turned back the clock and been very effective. Young talented starters, Jeff Locke and Gerrit Cole have had great seasons with Locke making his first All-Star team. Many were saying the one thing the Pirates were missing during last year’s attempt at a winning season was pitching. They have it now they just have to finish strong.

In the Pirates lineup, most of the starting eight are batting under .250. Andrew McCutchen is even hitting worse than he did last year when the Pirates made another run at a winning season. Third baseman Pedro Alvarez may be the biggest contributor with 24 home runs and 62 RBI. He’s having a career year but first baseman Gaby Sanchez and catcher Russell Martin are struggling to be productive at primary offensive positions. The pitching has thrown 13 team shutouts but the offense should bail out the pitching from being perfect all the time. Things like that are hard to keep up in a baseball season.

Always known for his defensive mastery, Yadier Molina has emerged as a complete player now. Since 2011, Molina has been progressing offensively to be a threat with the bat. Not only is he a threat now, he’s the best hitter in the National League with a .341 average. Along with Allen Craig, Matt Carpenter and Carlos Beltran, the Cardinals have dependable bats that know how to produce and come through with runners in scoring position. The Cardinals are serious contenders for the World Series and Molina is a huge reason why.

Jaime Garcia and Jason Motte will miss the entire season with surgeries. Chris Carpenter has missed the first half of the season with numbness in his right shoulder, arm and neck but he has begun rehabbing. While rookie pitcher Shelby Miller has stepped in for Jaime Garcia and starters Michael Wacha and Tyler Lyons have steadily pitched in the rotation, the veteran presence of Garcia and Carpenter is missed. Edward Mujica is doing fine as the closer with Motte hurt. Injuries could play a factor in whether or not the Cardinals finish in first or in the Wild Card spots.

Once seen as a dependable reliever to setup the closer, Mitchell Boggs has lost all of what made him good. With an 11.05 ERA, Mitchell Boggs was demoted to AAA at the end of May. He was given the opportunity to close in place of injured closer Jason Motte but he was not suited for the role. In 14.2 innings, Boggs has already given up as many runs as he gave up in 73.1 innings last year. Other arms have stepped up and held the bullpen together but Boggs could be valuable if he figures it out.