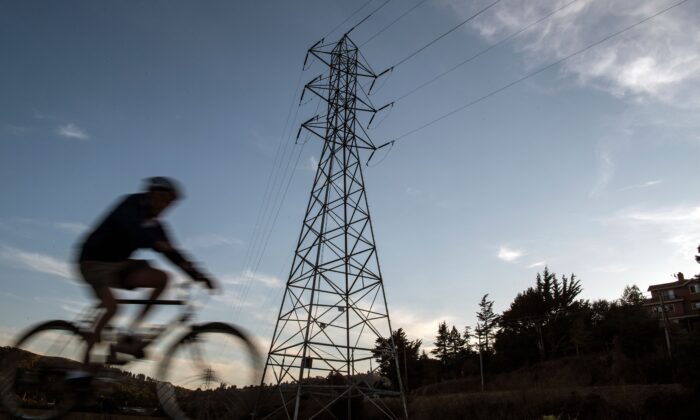 The Golden State Prepares for Darkness as Blackouts Loom

Rolling blackouts throughout California are likely this summer due to a fragile power grid coupled with rising temperatures, an industry expert says.

“Given the path that this state set itself on more than a decade ago, we can expect plenty of rolling blackouts,” Californians for Green Nuclear Power legal assistant Gene Nelson told The Epoch Times. “The direction that the state has gone is absolutely contrary to rational grid design.”

The California Independent System Operator (CAISO) most recently issued a statewide Flex Alert for July 9 as a result of extreme weather conditions across the state and potential shortages on the electric grid.

The advisement to conserve electricity from 4 p.m. to 9 p.m. was anticipated to continue into July 10 but the grid stabilized.

With a lack of unreliable electric transmission from Oregon due to the ongoing Bootleg Fire and continuous high temperatures, the state issued another Flex Alert for July 12.

Nelson attributed the need for both Flex Alerts to the state’s heavy investment in solar and wind, which he said are unreliable since both energy sources are intermittent.

“The sun doesn’t always shine, and the amount of time that wind blows is remarkably small,” Nelson said. “To make a wind generator work, it can’t just be a gentle breeze, it’s got to be a good stiff breeze to get those turbine blades turning.

“If you spend tens of billions of dollars on power that’s only available about 20 percent of the time based on careful review of production data tabulated by the California Independent System Operator, what other results than rolling blackouts would you expect? … We are providing financial rewards to build these inherently intermittent power generation schemes. The outcome is going to be rolling blackouts. … It’s our tax dollars going to make our power grid more fragile.”

Other energy resources such as hydro have been limited due to the lack of snowpacks and rain, he said.

“For the second year in a row, there’s been significant decreases of hydropower production in the state, so that puts a greater demand on natural gas,” Nelson said.

Nelson said that about 60 percent of energy released in the state is natural gas. To combat the release of fumes into the atmosphere, he said he advocates for the use of nuclear power.

According to CAISO data, on July 9, the state was running heavily on natural gas, peaking at nearly 25,000 megawatts at 9 p.m.

The use of renewable energy such as solar and wind peaked at over 14,000 megawatts before significantly dropping to around 5,000 to 6,000 megawatts in the evening.

Large hydro usage remained low throughout the day, ranging from 900 to 5,000 megawatts.

With an increased demand for natural gas, Nelson foresees the prices continuing to rise. Intermittent power sources will make the grid more fragile, he said.

During Flex Alerts, CAISO asks Californians to keep their thermostats to 78 degrees or higher, avoid using major appliances, and switch off unnecessary lights.