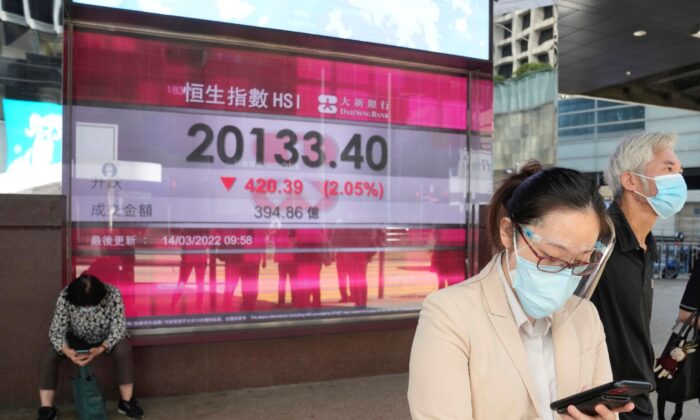 The Glory Days of Hong Kong Are Definitely Gone

Throughout my long career as a hedge fund practitioner, I have participated in many major events, and witnessed blow-ups and turmoil that hit the financial markets.

Such major events include the Asian Financial Crisis of 1997–98, the technology meltdown of 2000, the 9/11 terrorist attack incident in 2001, sub-prime crisis of 2007, and the infamous Lehman Brothers bankruptcy of 2008 that led to the global financial crisis of that year.

Recovery takes on different forms for every major market turmoil. The infectious greed of market practitioners corrupts a system, regulators come in and penalize the bad players, the “lucky ones” get around the system, reappear in some other guise and try another approach.

People around the world know that Hong Kong is an international financial center, where IPO listings, and private equity and venture capital investments make the city prosper. Many ordinary Hongkongers love to speculate on the financial market. They bet based on the ups and downs of the Hang Seng Index, (an indication of how the Hong Kong stock market performs), this gives people hope but often produces disappointment.

People living in this city get elated when the value of their tiny apartment goes up and when the mortgage is fully paid off but the extremely high cost of living for the average person is surreal. The skyrocketing business rents have cooled down a little due to the pro-democracy protests of 2019 and the COVID-19 pandemic measures but the economy is in decline.

The “zero-tolerance” COVID policy directed from Beijing has paralyzed major cities in China and also had a devastating effect on Hong Kong.

Our city of Hong Kong has had a rich heritage, but a lot of the previous prosperous industries are disappearing with no willing successors to take over. The “Dai Pai Dongs,” literally meaning restaurants with big license plates, located in the back streets Hong Kong have become more of a rarity. One man band rickshaw operators have also long vanished, being replaced with a new generation of Uber drivers.

With no end in sight to the COVID 19 pandemic situation, snake soup restaurants are a casualty, as rumours say that snakes could be the original source of the coronavirus pandemic. Lay the blame of the COVID 19 spread from China or not, the global outbreak is not ending soon. Most major countries and cities around the world are now “living with the virus” while Hong Kong is still playing the COVID game of fear to contain its people and for no medical reason.

As far as Hong Kong is concerned, let us put aside that warm feeling towards it, and get back to reality.

The National Security Law (NSL) applied to Hong Kong is like the dropping of a neutron bomb, kills the people but spares the buildings. It is harsh and unforgiving, draconian in nature, and being super-imposed by the Chinese Communist Party (CCP) to Hong Kong. Our freedoms are hindered by the NSL. The NSL is the devil’s deal to Hong Kong, it eliminates our judicial independence and the rule of law.

Since the enactment of the NSL from almost two years ago, and together with the failed COVID policy, we have witnessed a mass exodus of Hong Kong people to different parts of the world for their freedom. The most recent RSF Reporters Without Borders Index in 2022 shows that the press freedom of Hong Kong has fallen down to 148, below the Philippines and Sri Lanka.

Key personnel of major investment banks have relocated to Singapore rather than Hong Kong, given the political turbulence we have all witnessed. Given the vague and broad power of the NSL, anyone passing by Hong Kong could be penalized and get arrested. It is indeed difficult to see how this is not the end of Hong Kong.

It is important to think about who we are as Hong Kongers, and that we don’t want to be trampled by a ruthless regime. We are not too far away from the fate of people living under fear like those in Xinjiang and Tibet.

Sophisticated surveillance systems with artificial intelligence, facial recognition and phone spyware already exist in Hong Kong. The Hong Kong government recently admitted that the LeaveHomeSafe app contains hidden facial recognition functions which they say they are now trying to rectify. The Orwellian type of state surveillance in some parts of China has in fact been brought over to Hong Kong.

Hedge fund titan George Soros made strong remarks on the CCP and Xi Jinping a few years back, saying “China is not the only authoritarian regime in the world but it is the wealthiest, strongest and technologically most advanced. This makes Xi Jinping the most dangerous opponent of open societies.” Soros was addressing an audience at the World Economic Forum in Davos, Switzerland in January 2019. He also commented that the social credit system, when it became operational, would give Xi Jinping total control over its people.

As far as Hong Kong is concerned, I am afraid the last happy days are gone. It will become just another Chinese city. At best, it will be regarded as a financial center within China, with Chinese characteristics. The worsening of the situation is way faster than what most people around the world would imagine, thus the exodus of the people over the last two years. The glory days of Hong Kong are definitely gone. Yet, we should not be too afraid, as we are treading into the big unknown.