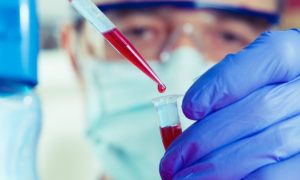 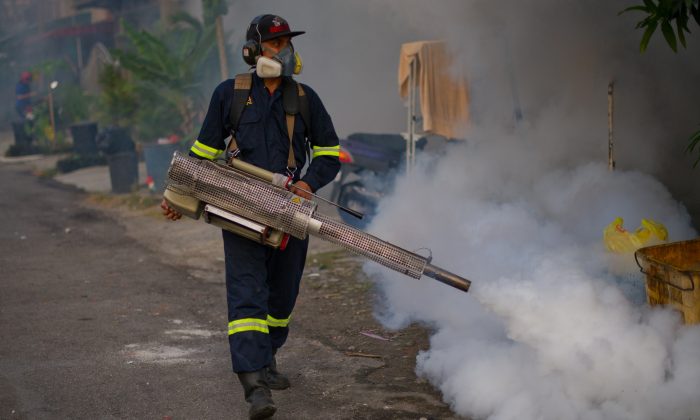 A municipal council worker dispenses insecticide using a fogging machine during a dengue-prevention spraying in Ampang, in the suburbs of Kuala Lumpur on Feb. 11, 2014. Dengue fever is spread by mosquitoes and causes joint pain, nausea, high fevers, and rashes; and in severe cases, it results in death. (Mohd Rasfan/AFP/Getty Images)
Opinion

Every year, a group of 17 diseases makes life miserable for more than one billion people, reports the World Health Organization (WHO). The group of diseases is called Neglected Tropical Diseases (NTDs), and it includes tropical infections that affect predominantly low-income populations in developing regions in Africa, Asia, and the Americas.

The NTDs are caused by a variety of pathogens such as bacteria, viruses, protozoa, and helminthes (parasitic worms), and in sub-Saharan Africa their negative effect as a group is comparable to malaria and tuberculosis. Seventeen NTDs are prioritized by WHO, and affect an estimated 1.4 billion people (including more than 500 million children) in 149 countries.

Neglected Tropical Diseases include Chagas disease, also known as American trypanosomiasis. There are approximately 15 million people in the Americas with this disease which, although it doesn’t kill victims rapidly, causes years of debilitating symptoms.

To mention a few more, there is dengue fever, of which there are 50–100 million infections annually which can LEAD

Important advances have been made in the fight against these diseases. In 2013, they resulted in 142,000 deaths in 1990—down from 204,000 deaths in 1990. Despite these gains, full control of NTDs will require between $2 billion and $3 billion over the next five to seven years.

This cost pales in comparison to the U.S. wars in Afghanistan and Iraq, which will cost taxpayers between $4 trillion and $6 trillion, including the medical care of wounded veterans and expensive repairs to a force depleted by more than a decade of fighting, with no end in sight. At the same time, African countries—where these diseases are widespread—have had the greatest increase in military budgets worldwide in recent years.

The NTDs seriously impact economic, social, and health indicators. Some experts argue that the economic burden of the NTDs is underestimated. For some poor families in developing countries without appropriate health coverage, these diseases often cause deferral of treatment and even financial ruin. They may cost national economies hundreds of millions of dollars that could be avoided with effective prevention campaigns.

Some of these diseases, such as leprosy and lymphatic filariasis, can cause severe deformities and LEAD

to inability to work or lead a normal social life. Some NTDs disproportionately affect women, a fact that should be considered when designing preventive programs and treatment options.

Some experts argue that these diseases have been traditionally overlooked because they mainly affect people in the poorest developing countries, where attention has been placed on defeating HIV/AIDS, tuberculosis, and malaria. In addition, these diseases have a more immediate impact on people’s health than NTDs, which generally present with fewer symptoms and have long incubation periods before they manifest clearly.

Another reason for the neglect of the NTDs is that they are not commercially profitable and therefore don’t stimulate innovation and investment. Additionally, unpredictable epidemics—such as by the Ebola virus—and their potential to expand into other countries can divert efforts and resources from the fight against NTDs.

Presently, the control of these diseases is left to governments and international non-governmental organizations (NGOs.) Only two donor-funded NGOs work exclusively on NTDs: the Schistosomiasis Control Initiative and Deworm the World.

The WHO has developed five public health interventions to improve prevention, control, and eradication of NTDs: Improved disease management; preventive chemotherapy; vector ecology and management; veterinary public health services; and provision of safe water, sanitation, and hygiene. They should be implemented within a framework of increased state-level engagement, innovative financing, and universal coverage against NTDs.

Dr. César Chelala is an international public health consultant for several agencies and a winner of an Overseas Press Club of America award.