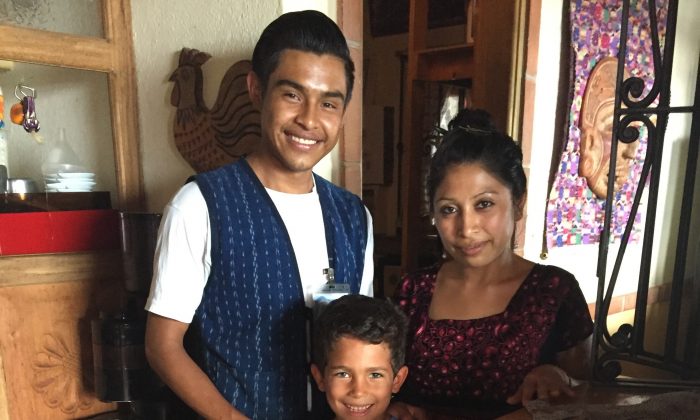 The Gift of a Jersey

It wasn’t about the jersey.  But it was.

Five years I traveled to Barcelona, Spain. My friends’ son, Matías, who was only two at the time, asked for a jersey from Barça—the popular team of La Liga in Europe. A rookie with regards to professional sports, I stopped at a store in the heart of the city in search of the jersey. With the little information that I had, Messi #10, I asked the salesperson for the smallest jersey available for the two-year-old and made the expensive purchase. Turns out it was the best money I had ever spent and would ever spend on official sports merchandise.

This past summer Matías turned seven and, like many of his age, was obsessed with soccer, an obsession I bore witness to firsthand. Thanks to the games he watched with his dad, the highlight videos he pulled up on the iPad, and the trading cards of all the big players in La Liga he studied, Matías knew his stuff. From the players’ names and positions, to their stats and countries of origin, there was little Matías couldn’t recite from memory. And it was no surprise who was his favorite: Lionel Messi, #10, the forward for Barcelona and the national team of Argentina.

As his father is originally from Guatemala, Matías and his family travel to the country every summer. During the weeks of their annual stay, Matías sported, in rotation, three separate uniforms as his go-to outfits; mostly to show his favor of La Liga, but also to look cool. The kid simply could not be separated from his threads.

On a short visit to the lake region of Atitlán, Matías and his family found themselves staying at the same hotel they had stayed in for the past two summers, where the employees were always wonderfully friendly and accommodating.

Isaías, one of the waiters, remembered Matías by name from the year before, so the conversation started easily. This year they learned that Isaías had a family too: his wife, Candelaria and their two-year-old son, Brayan. Their son, like Matías, was also a soccer fan. “He really likes Barça because of the logo,” Isaías said.

On a whim, and perhaps to teach her son a universal lesson, Matías’s mom asked her son if he’d be willing to part with the Messi jersey to give to Isaías and Candelaria to give to their son.

“You can say no,” she said when she asked him if he would want to give up his jersey to the little Guatemalan boy who is the same age now as Matías was when he first received the shirt.

Even at seven years old, Matías got it: “Okay,” he said, without hesitation.

During the previous year’s trip and at only 6-years-old Matías gave himself the moniker “World Dude.”  With his decision easily made, he showed that indeed he was. He then went digging into his backpack for the jersey. When he had the shirt in his hands he asked his mother, “Mom, what do I say when I give it to him?”

Though fairly adept with the Spanish that he had, Matías wanted to be sure of his phrasing. The World Dude wanted to get it right. So, in front of Isaías and Candelaria, Matías presented exactly one half of his most prized uniform, the red and blue jersey with gold lettering and the number 10. If the presentation wasn’t the most beautiful, the reaction from Brayan’s dad certainly was. With raised eyebrows and mouth agape, Isaías stammered, “¿En serio?  [Seriously?].”

Humanity, from one sweet boy to another. Easily done as only kids can.

It was, of course, about the jersey. But it wasn’t at all.