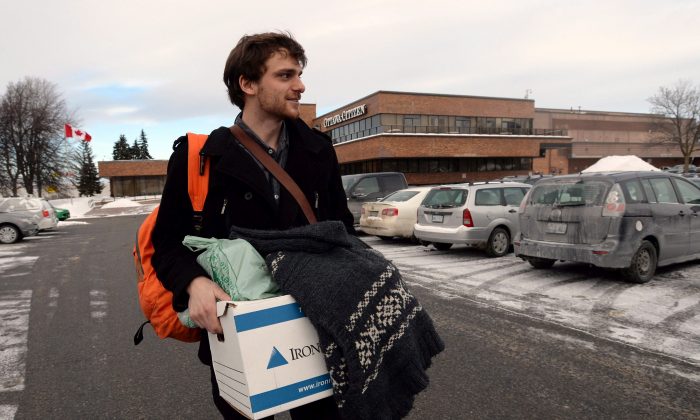 Multimedia reporter Sam Cooley makes his way to his car after being laid off from the Postmedia-owned Ottawa Sun on Jan. 19, 2016. Postmedia owns two newspapers in each of the cities of Ottawa, Calgary, Edmonton, and Vancouver. (The Canadian Press/Sean Kilpatrick)
Viewpoints

The future of newspapers matters now more than ever 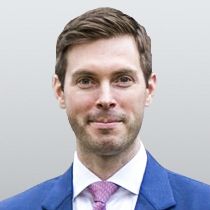 Canadians enjoy the benefits of living in a rich country, ranked among the top places to live and one of the freest in the world. Sadly, however, the health of independent Canadian journalism is in a state of steep decline.

Since journalism plays an important role in supporting a robust democracy, the closure of numerous local newspapers over the past decade is an alarming trend.

“The number of English-language newspaper articles published in the communities we examined decreased by almost half between 2008 and 2017, while the number of articles specifically reporting on civic affairs declined by more than a third,” states a new report by the Public Policy Forum (PPF).

Community newsrooms are a vital part of keeping communities informed. But as the PPF report shows, the decline is happening faster than initially predicted.

Warren Buffett is one of the newspaper industry’s greatest optimists, but when he said that “it’s difficult to see how the newspapers business will be economically viable over time” at the annual Berkshire Hathaway meeting earlier this year, it shows we are in a revealing moment when these legacy institutions are on the brink of extinction.

The rapid growth of big tech and the rise of fake news also appear to present new threats to democracy.

Tech giants Google and Facebook control 75 percent of all digital advertising revenues. Facebook alone has double the digital ad revenue of all Canadian newspapers combined. But neither company is in the business of producing journalism. This leaves newspaper newsrooms, which are still very much the engines of investigative reporting, with a fraction of the budget they once had to work with.

Google and Facebook now control the revenue that once sustained local journalism. They also have enormous control over what news you see online due to proprietary algorithms designed to maximize user attention—all while keeping track of the valuable data on what keeps you engaged on the screen longer.

Undercover or leaked reports have shown staff from Google and Twitter talking about their ability to censor information based on political ideology. There have also been reports in recent weeks claiming Google staffers have been involved in assisting political candidates during elections.

When big tech platforms systematically shut down Texas-based InfoWars from YouTube, Facebook, iTunes, Twitter, and Spotify on Aug. 7, the threat of overt widescale censorship was also demonstrated.

How these tech companies will continue to manage the huge volume of content uploaded to their platform each day creates complex challenges to which no one seems to have the answer.

The consolidation of media ownership in Canada is among the highest in the world. Five media companies—Quebecor Media Inc., Bell Media, Shaw Communications Inc., Telus, and Rogers Cable Inc.—control over 70 percent of the market, making it very difficult for new players to emerge; it is also riskier for investment. Add to the landscape the government-funded CBC and it becomes immediately obvious the playing field puts local, independent journalism at a considerable disadvantage.

The industry appears to be heading in a direction where only the largest companies will be able to survive.

Over the last decade, new business models have been tried and tested with little sustainable success to show for it. Non-profit journalism has started taking off in the United States, but for that to happen in Canada newspapers will need to be able to receive non-profit charitable status allowing them to accept donations. This is something the government has promised to review in 2018.

News organizations looking to attract subscribers need the ability to cover news from around the world that no other outlet can provide in order to scale their growth. In Canada, The New York Times has more digital subscribers than any Canadian newspaper, according to a report by Harvard’s Neiman Lab. An estimated 94,000 Canadians pay for a digital subscription to the Times, making it the largest paid audience of any news site in Canada.

Despite all the challenges, the current situation could provide a great opportunity for new, hard-working news institutions with the ability to cover important topics on a global scale to get a foothold and eventually gain a loyal following.

Maybe the decline will serve to reset the entire system in favour of the most credible and unbiased news outlets.

With more publishers relying on subscriptions as their primary source of revenue, a shift to consumer-supported media is taking place. This shift could end up acting like a kind of voting power where readers support their most trusted news outlets by subscribing.

So when you find a good news source you trust, why not consider showing your support by subscribing. It might be the only thing left to keep the traditional newsroom alive.