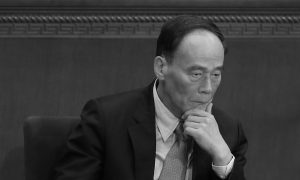 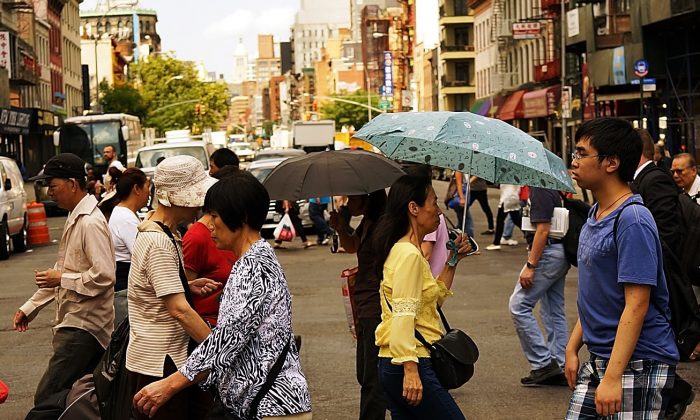 Wanted in China for graft, bribery, and other violation of the law or “Communist Party discipline,” many corrupt officials have fled their homeland for a safer life abroad. Of those identified by Chinese anti-corruption authorities as being among the top 100 fugitives, 66 are suspected to be living in the United States or Canada.

Earlier this year, Chinese anti-corruption investigators submitted to U.S. authorities a “priority list” of 150 corrupt Chinese officials that they would like to apprehend, as reported by China Daily, the English-language mouthpiece for the Chinese regime.

“Implementing Sky Net’s strategic operation, the Interpol National Central Bureau for China has issued red notices for a list of 100 civil servants and other alleged criminals wanted for corruption,” said an April 22 announcement on the website of the Communist Party’s Central Commision for Discipline Inspection (CCDI).

Those overseas are now trying to keep a low profile as the Party casts its dragnet.

A politician in Vancouver told the Chinese newspaper Southern Weekly that Chinese officials fleeing to Canada typically lead low-key lives and are mostly confined to a limited circle of contacts whom they meet at high-end Chinese restaurants or casinos. Their family members, however, are less inhibited and live openly.

Most Chinese officials wanted for corruption who live in Canada, the unnamed politician said, reside in Vancouver and Toronto—two cities home to large, concentrated overseas Chinese populations. In an interview with Southern Weekly, editor of Canada’s Global Chinese press Frank Yunrong Huang said that escaped Chinese officials living in Vancouver choose residences in the suburbs and western parts of the city.

West Vancouver has just one bridge to downtown Vancouver, allowing greater isolation from society. It is the most expensive area in the city, with houses commonly selling for several million dollars.

In keeping with their undercover lifestyles, fugitive officials who flee abroad do not work, relying mostly on their own assets. Some profit from local real estate business, while others never make public appearances. Sometimes the children grow up to take care of their secluded parents.

Linda Ching is the daughter of Michael Ching, one of the 100 wanted officials. Suspected of corruption, he fled to Canada via Hong Kong in 2000. His daughter is chair of the Young Liberals of Canada in British Columbia.

According to Southern Weekly, Ching owns many properties in Vancouver and has ingratiated himself with Canadian politicians. He is exceptional among his peers in the sense that he maintains a fairly active public life.

“Dada set a good example for me,” Linda Ching told the Canadian Chinese-language newspaper New Leaf Times last year.” He is modest and doesn’t give up easily.”

In the United States, officials tend to live in Los Angeles and New York, where large overseas Chinese communities exist. However, Zhang Xiang, the pseudonym of a Chinese who has lived in Los Angeles for over a decade, told Southern Weekly that the officials, wary of being discovered, do not live among their countrymen but in expensive communities far away from the primary centers of overseas Chinese.

“They are so low-key that it’s like they’re secret agents,” a senior editor with the Chinese-language newspaper World Journal told Southern Weekly.

Zhang believes that those with connections to wealth and power back in China can be discerned with a bit of scrutiny. “It is more obvious with the ladies, who often carry designer bags worth hundreds of thousands of dollars,” he said.

Officials’ wives are very active in maintaining economic ties to China, Zhang said. “They are engaged in China’s monopoly industries.”

One example involves an official’s wife who owns a $5 million house located next to Kobe Bryant’s. According to Zhang, she frequently hosts parties for visiting Chinese officials.