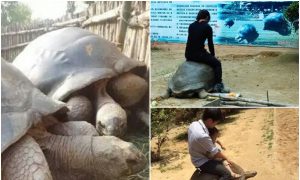 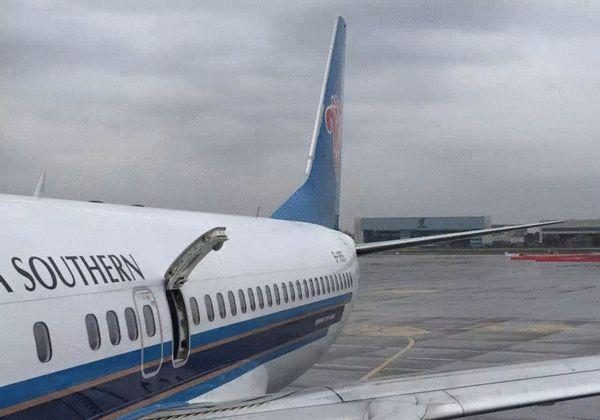 A passenger aboard a China Southern plane from to Chongqing Urumqi opens the emergency exit door after he wants to get some fresh air. (Chengdu Finance Daily)
China

And he's not the first.
By Frank Fang
biggersmaller
Print

A flight can be delayed for a whole host of reasons—mechanical problems, bad weather and security concerns. In China, there’s one more reason to consider:Chinese passengers opening the emergency exit door for reasons other than an emergency.

On March 9, a 9:55 a.m. flight from Chengdu in southwest China to Ürümqi in the northwest was delayed for almost an hour after a male passenger decided to open up the emergency door to “get some fresh air,” according to Chengdu Finance Daily. The passenger thought he could roll down the window with the lever on the emergency door. The plane, which was carrying 130 passengers, eventually took off at 10:52 a.m., but not before the man was questioned and searched.

This is not, however, the first time that a Chinese plane passenger felt the need to open the emergency exit door because of a stuffy cabin or otherwise.

“A flight attendant asked the passenger why he touched the emergency exit lever. The passenger said he was just opening the window,” wrote a Xiamen Air passenger on his social media account, and posted a picture of a man wearing a cap seated next to a wide open plane emergency door. “If you have never been on a plane, keep your hands to yourself.”

The passenger was onboard a Dec. 14, 2014 Xiamen Air flight bound to Chengdu from Hangzhou Xiaoshan International Airport, reported the state-run Southern Metropolis Daily. The flight wasn’t delayed because of the incident, but the passenger who opened the emergency exit door was given a new seat away from door.

On Mar. 28, 2012, Mrs. Wu mistakenly opened the emergency exit door on a Sichuan Airlines flight from Sanya to Chongqing while trying to find the lavatory, according to Chinese news portal Tencent. The plane was already taxiing on the runway in preparation to take off.

The flight was eventually delayed for four hours. But Mrs. Wu didn’t think she was at fault and instead blamed the flight attendants for not showing her where the bathroom was when she asked, and for not stopping her in time when she was trying to open the emergency door.

“The poor service of the flight attendants is one of the causes of this incident,” said Mrs. Wu, who is in her 40s.

“Good thing you didn’t open the door when the plane was in the air,” wrote a netizen with the moniker “honeyfish” on Chinese social media.

‘Curiosity got hold of me’

“Maybe this is just like a door I had at home. I was curious,” said Mr. Ding in an interview with state-run Chongqing Economic Times, after he opened the emergency door during a stopover at Chongqing Jiangbei International Airport on Dec. 16, 2013. The plane was bound to Chongqing from Nanning.

According to Mr. Ding, he didn’t know that that emergency exit door, once it was opened, would require experts to put the door back. At the end, Mr. Ding was placed under administrative detention for 5 days.

Mr. Feng, a 28-year-old Chongqing resident, is not a patient man.

After arriving at the Beijing Capital International Airport from Chongqing on Dec. 14, 2013, Mr. Feng decided to skip the line by opening the emergency exit door and going down the inflatable slide.

Mr. Feng was eventually placed under detention for 15 days, and faced a fine for popping open the slide.