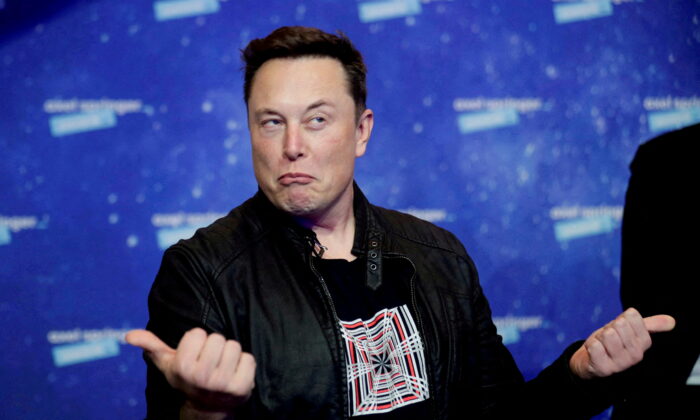 What started off as a 9.2 percent stake in Twitter this past spring has turned into a litigious affair between billionaire Elon Musk and the social media giant.

The Tesla and SpaceX CEO decided to terminate his $44 billion agreement to acquire Twitter based on the issue of bots, alleging that the company is misrepresenting the number of fake accounts on the social media platform. But Twitter has accused Musk of breaching the obligations of the merger agreement, filing a lawsuit that could force Musk to complete his purchase of the San Francisco-based tech firm.

The corporate dispute has been expedited to a Delaware court for five days in October. Musk had requested two weeks in February, arguing that there was no need to rush a trial. But Chancery Court Chief Judge Kathaleen St. J. McCormick wasn’t convinced of that delay, arguing that the battle was “creating a cloud of uncertainty” and that “continued delays threaten imminent harm” to the business.

With the case occurring this fall, which Musk attorney Andrew Rossman calls a “warp speed trial,” there is plenty of speculation on what could happen.

Legal experts contend that the most likely outcome is that the two sides will settle and reach an agreement at a lower price because that would be more beneficial for shareholders. For now, Musk is the only person interested in buying the social network. Therefore, his takeover bid is only competing with the market value, so he may have more to gain by threatening to walk away from the deal, some attorneys assert.

But what are some of the other potential outcomes?

The Next Stage in the Musk–Twitter Saga

Francis Pileggi, the managing partner at the Wilmington office of law firm Lewis Brisbois, told The Epoch Times that there could be plenty of developments in this case. One of these scenarios is that the court will decide that Musk is justified in walking away from his takeover bid.

“Just to give you a hypothetical: If it turns out that instead of 5 percent, it’s 45 percent, or 50 percent of all accounts are bots, that would be a game-changer,” he said.

Another situation could see the judge concluding that the agreement must be enforced, and requiring Musk to finish the transaction. That would be based on a precedent from more than 20 years ago, when a judge ruled that Tyson Foods had to complete its acquisition of meatpacker IBP, Pileggi noted.

A Delaware Chancery Court ruled in June 2001 that Tyson “improperly terminated” the $30-a-share merger, despite the food company claiming that it received misleading financial information from IBP.

A third scenario: Musk won’t be forced to buy Twitter, although he could be mandated to pay some money in damages for any losses suffered by the tech firm.

“Whenever you go to court, almost anything is possible,” Pileggi said, adding that the odds of Musk and Twitter reaching a settlement are high.

But this could be the first of many lawsuits, according to Dale Saran, the former CrossFit general council who helped that company avoid a corporate takeover.

Saran said he wouldn’t be surprised if Musk filed a shareholder derivative lawsuit. That’s when a lawsuit is established by a shareholder on behalf of the corporation against the company’s directors or officers.

“I have no doubt that he’s got an army of attorneys who have already looked into this, and it seems to me he’s been a step ahead of Twitter at every turn, and I don’t doubt that he’s headed up now and already booked down this road,” Saran told The Epoch Times.

He also noted that there is a lot of opportunity to prove that the owner had been engaged in immense fraud.

“And that’s really, to me, where it’s likely to churn. We’re going to see a lot of twists and turns and a lot of PR being done, on whose fault and all that,” he added. “But it wouldn’t shock me to see this eventually trend the way of shareholder derivative lawsuits based on discovery that comes up in this case.”

Domenic Romano, the founder and managing partner of Romano Law, thinks Musk will ultimately lose the case, telling The Epoch Times that the Delaware court has already stated that “buyer’s remorse is not grounds to back out of a deal,” referring to the Tyson–IBP case.

“The [court] wants him to come up with or prove some kind of evidence that he [Musk] was materially misled and that whatever the number it was, which is the best argument, really his only argument here, is significantly greater than what Twitter is reporting,” he said.

He believes, too, that the court will rule that Musk must either buy the company or pay an amount of money that is more than the $1 billion termination fee.

At the same time, Delaware courts also have encouraged settlements or renegotiations of buyout prices, said Rita Mkrtchyan, a senior attorney at Oak View Law Group. In 2020, for example, LVMH Moet Hennessy Louis Vuitton purchased Tiffany & Co. at the discounted price of $131.50 per share, down from $135.

If Twitter renegotiates its acquisition price or accepts a breakup fee, it could lead to additional legal strife among shareholders.

“Shareholders may sue over either situation if Twitter agrees to further reduce its acquisition price,” Mkrtchyan told The Epoch Times. “If it comes down to it, as a legal strategy, it may be smarter for Twitter to request the court to renegotiate a deal as a layered form of protection from shareholders.”

Twitter shares have come under tremendous pressure as investors doubt that Musk will become the owner of the social media giant.

The stock has erased all of its post–Musk gains, with shares down about 9 percent year to date.

According to MarketBeat, Twitter maintains a consensus “hold” rating and a price target of $43.01.

Jason Moser, an adviser and market analyst at The Motley Fool, says that the downgrades are justified because the “fundamentally challenged” company has become “uninvestable.”

“At this point, you’re basically flipping a coin as to whether this acquisition happens or not,” he told The Epoch Times.

With the stock trading at around $39 as of July 26, shareholders would enjoy immense gains if the $54.20-a-share acquisition goes through, he noted.

“Literally, there’s money to be made there. But whether that actually is the case or not is completely out of anyone’s control—right?” Moser added. “It doesn’t matter how the business performs. It’s ultimately going to come down to a judge’s decision.”

Until the case is resolved, investors have been monitoring quarterly results.

In the second quarter, Twitter reported a loss of 8 cents per share, compared to the market estimate of earnings of 14 cents. Revenue slipped 1 percent year over year to $1.18 billion, while monetizable daily active users jumped to 237.8 million.

“While Twitter’s user base grew impressively during the quarter, the resulting higher ad inventory did not attract more advertisers or higher bids, which we suspect is mainly due to the ongoing questions regarding who will be at the helm of Twitter once the legal battles are settled,” Ali Mogharabi, a senior equity analyst at Morningstar, wrote in a note.

“In addition, the impact of Apple’s policies and uncertainty surrounding the macro-environment further made advertisers hesitant. With advertiser pullback a bit more than we had anticipated, we lowered our top- and bottom-line projections, resulting in a $44 standalone fair value estimate (below our previous estimate of $47), given significant uncertainty surrounding the potential outcome of the Twitter and Musk legal battles.”