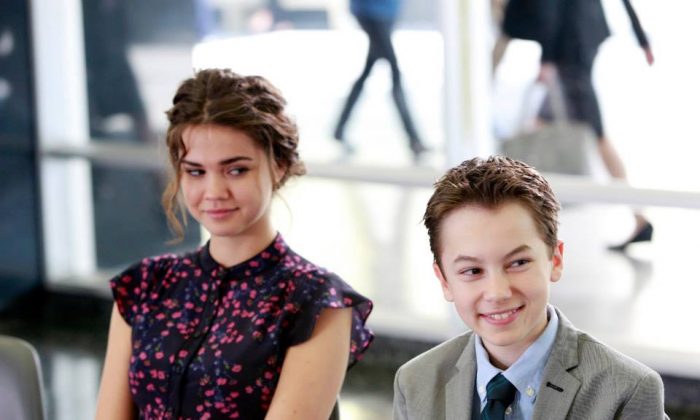 The Fosters Season 2: Premiere Date and Preview of Upcoming Season on ABC Family

The Fosters has been renewed for a season 2, and the episode 1 premiere date has been set for June 16, 2014.

There’s lots of hints about how the season will start.

-Ashley Argota is joining the cast as an attractive singer in whom Brandon takes an interest, according to TVLine–potentially angering fans hoping for a Brandon-Callie reunion. Argota starred in Nickelodeon’s Bucket and Skinner’s Epic Adventures.

-Speaking of Brandon, what he’s going through–which will culminate in the season 1 finale–forces him to shift gears. David Lambert (Brandon) told WetPaint that between what happened with Callie at the dance and what happens in the finale, Brandon will have to rebuild everything again.

-Brandon’s branch-off will include music, Lambert told THR. “After everything that happens with these two last episodes [of the season], everything that happens to Brandon, he needs a restart, a reset. Season two is going to feel that way. He’s going to be kind of down off the top [of season two], figuring things out but he’s definitely going to branch out and stay active. He’ll be doing his musical thing and exploring that. Someone might come along eventually. He has self-work to do before he can worry about a girl, but in due time, sure.”

-Another new character set to join the show is Bailee Madison in a recurring role as a young woman who is connected to Callie’s past. The character’s name hasn’t been disclosed yet, reported THR, but she’ll appear in episode 1. Madison has appeared on Once Upon a Time and Trophy Wife.