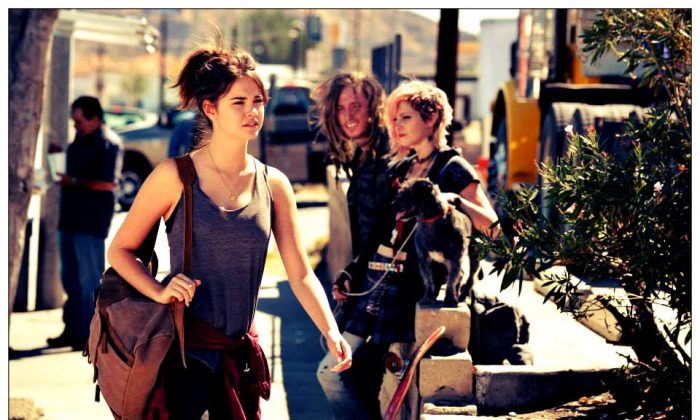 The Fosters returned on ABC on January 13 with its first full episode since August 5, 2013. The popular show has already been renewed for a season 2, and will have seven more episodes in season 1.

The last episode had the parents of both Stef and Lena come into town for their wedding, while the family prepared for Callie’s case against Liam.

Stef learns that her father is opposed to her marriage and tells her not to come to the wedding. Stef and Lena decide to adopt Callie and Jude so they won’t have to worry about the foster system, although Jude catches Callie and Brandon sharing a kiss, and calls Callie selfish for endangering the adption.

After the wedding Callie ran away with Wyatt, who earlier told her that he was moving to Indiana with his grandparents, to stay away from Brandon and enable Jude to keep his family.

The new episode picks up from the cliffhanger, with the repercussions of Callie’s decision impacting every member of the Foster family.

Both Jude and Brandon struggle with their own personal guilt about her running away, according to the show’s description. Mariana inadvertently discovers the whole story about Lexi’s upcoming trip to Honduras. She and Jesus try to spend time with Lexi before Lexi leaves.

Callie doesn’t stay with Wyatt. She calls the prison to talk with her father but finds out that he was released over a year ago. She meets up with some hookers.

Meanwhile, Brandon dumps Talya, and Mike and Stef deal with the fallout of the shooting. Brandon also reveals that he loves Callie.