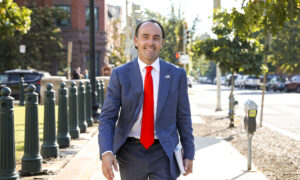 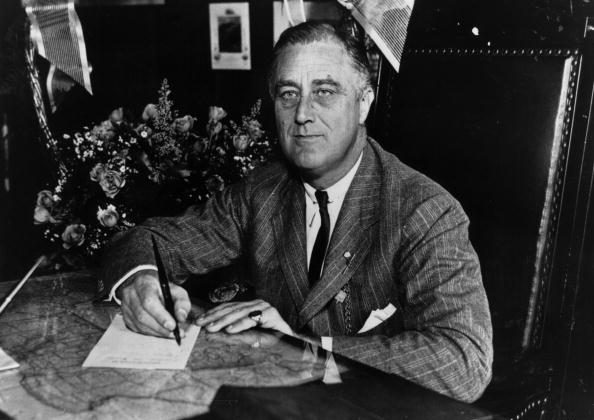 The Forgotten Tax on the Poor

They were never supposed to pay taxes; FDR changed that

The Great Depression is usually remembered for introducing extremely high progressive federal income taxes. This shift began as a misguided revenue measure by Herbert Hoover, who raised the top marginal rate to 63 percent in 1932, from 25 percent, in a failed attempt to combat growing budget deficits.

But Franklin Delano Roosevelt made the progressive tax structure into a permanent feature of New Deal policy, premised on the redistribution of wealth from the rich to the poor. Roosevelt signed legislation boosting the top marginal rate to 77 percent in 1936, and successive increases raised it to an astounding 94 percent by 1944, although wealthy earners seldom actually paid these statutory rates, leading to a much lower effective tax rate, particularly after 1940.

Among progressives, Roosevelt’s package of taxing the wealthy to finance a redistributive welfare state remains his most celebrated legacy. Historians have been comparatively reluctant to acknowledge another tax legacy of the New Deal though, as FDR was also responsible for a radical expansion of the federal income-tax base, on the backs of the lowest income earners.

From its inception in 1913 until the late 1930s, the federal income tax was intended to apply only to the wealthiest earners in society. This intentional policy sought to exempt lower-income earners from the burdens of paying for the government’s operations. Single filers could exempt the first $1,000 of their earnings (roughly $15,000 to $18,000 today) from taxation, with an extra $500 exemption between 1925 and 1931. Married filers enjoyed roughly double that amount in most years. The eligible taxpaying public hovered around roughly 10 to 15 percent of all income earners (measured as “tax units”) prior 1939.

This all changed beginning in 1940, as FDR marshaled through a rapid succession of tax measures that simultaneously (1) raised rates across the board, (2) lowered the exemption level, and (3) ramped up tax enforcement by the IRS. While these measures slightly increased the already-high rates upon the wealthy, the bulk of their burdens actually fell upon the poor—mainly working class people who previously paid no income taxes due to falling below the exemption threshold.

Between 1939 and 1942, Roosevelt cut the personal exemption in half. Single filers now had to pay taxes on income earnings above $500 (roughly $8,000 today). Married filers saw their exemption drop from $2,500 to $1,200 by 1942, and again to only $1,000 in 1944. The revenue strains of World War II provided an important impetus for these policies, but Roosevelt’s actions both preceded the United States’ entry into war and persisted as a permanent feature of the tax code after the return of peace in 1945.

From Some to Everyone

This federal income-tax base expansion had dramatic consequences that persist to this day. Whereas the pre-war income tax applied to only about 10 percent of all earners in 1939, this number jumped to 90 percent by 1946 and has remained there ever since. The bulk of FDR’s income-tax policies actually fell not on the wealthy, but rather the middle class and the poor.

In addition to lowering the personal exemption and expanding the tax base onto lower-income earners, Roosevelt aggressively expanded the IRS’s tax-collection and enforcement powers. The most famous of these policies involved the introduction of automatic payroll deductions in the 1943 and 1944 tax years. This now-standard procedure policy tasked employers with automatically deducting the taxed portion of your income from each paycheck, with adjustments coming in the form of a refund check or additional payment due at the end of the tax year. Prior to 1943, however, most income earnings were self-reported at the end of the year, subject to auditing.

War on the Poor

The fascinating thing about payroll deduction is that it didn’t primarily affect the wealthy. The wealthiest earners already faced an audit risk from the government, due to their income levels and the associated revenue streams. The self-reporting system was imperfect, but a wealthy individual who consistently underreported on his or her tax return would eventually attract unwanted attention from IRS agents tasked with identifying scofflaws and recovering missing tax revenue.

Contrast that with the case of lower-income earners. Suppose as a single filer in 1939, you made $1,200 a year, when the personal exemption was $1,000. Assuming you had no further deductions, you would be legally liable to pay taxes on income above the exempt amount. Prior to payroll withholding, though, underreporting on your taxes was a low-risk proposition.

The tax auditors would take notice of a multi-millionaire who neglected to report hundreds of thousands in taxable income. Chasing down the tax payment on that extra $200 from a mechanic, farmer, or factory worker, by contrast, probably wasn’t worth an IRS auditor’s effort. In short, lax enforcement allowed the poor to skip on their modest tax burden with minimal risk.

We can actually see the effect of automatic payroll deductions (along with other accompanying war-time revenue and enforcement measures) in filing patterns among the lowest tax brackets. The figure below depicts the annual number of filers by bracket for incomes between $0 and $5,000. After three decades of stability in which only a small percentage of persons in these income categories had to pay taxes, the number of reported filings in the same brackets suddenly skyrocketed between 1940 and 1944.

While economic recovery, an associated increase in earnings, and postwar inflationary effects likely explain some of this pattern, the majority of it comes from FDR’s tax base expansion onto the poor. Millions of previously exempt low-income workers suddenly found themselves added to the tax rolls and under the watch of an IRS that had the power to automatically withhold income from their paychecks.

While the war provided the political climate and revenue needs to drive this policy, FDR’s tax base expansion had transformative effects on the way the federal government raises revenue. It converted the income tax from a narrowly applied revenue measure paid only by the wealthy elite into a mass tax paid by the entirety of the working public. The effects of this shift were anything but progressive, as can be seen in the figure below.

Until 1940, the top 1 percent of taxpayers consistently supplied over 70 percent of federal income-tax revenue to the government. That number dropped to the mid-30s by 1943, as new additions to the tax rolls from the middle and lower classes found themselves eligible to pay under the New Dealers’ tax legislation—a pattern that has only started to reverse under the tax-code overhauls of the last 30 years. While the Roosevelt administration had profound effects upon the income tax system of the United States, its “progressive” reputation is largely a myth. Rather, the real story of New Deal income-tax policy is a revenue grab sustained by the expansion of income-tax eligibility and enforcement onto the masses.

Phil Magness is a senior research fellow at the American Institute for Economic Research. This article was first published by AIER.org