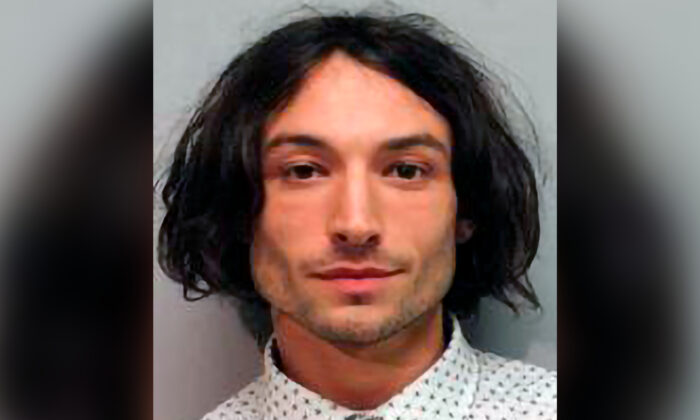 Ezra Miller, the actor who plays the superhero the Flash in the DC Extended Universe film franchise, has been charged with felony burglary in Vermont.

On May 1, Vermont State Police received a burglary complaint at a residence on County Road in the town of Stamford in Bennington County.

“The initial findings indicated that several bottles of alcohol were taken from within the residence while the homeowners were not present. As a result of an investigation that included surveillance videos and statements, probable cause was found to charge Ezra M. Miller with the offense of felony burglary into an unoccupied dwelling,” according to a state police news release.

Officers eventually found Miller on Aug. 7 and issued a citation to appear at Vermont Superior Court Bennington Criminal Division on Sept. 26 for arraignment on the charge of burglary.

The affidavit of probable cause will be filed at the court and will be made public after Miller’s arraignment. The state police are coordinating with the Bennington County State’s Attorney’s Office on the investigation.

The felony charge is the latest in a series of legal challenges the 29-year-old actor has been facing in recent months. Earlier this year, Miller was arrested twice in Hawaii.

In the first incident, Miller faced harassment and disorderly conduct charges for his actions in a karaoke bar. In the second incident, Miller was arrested for hitting a woman on her forehead after being asked to leave a get-together.

Miller was also accused of grooming a minor by the parents of an 18-year-old Native American activist. The parents claim that Miller has been grooming their daughter, Takota Iron Eyes, since she was 12. Iron Eyes has denied these charges and said Miller never abused her, Insider reported.

The “Flash” star is also said to be housing a 25-year-old mother and her three kids at his ranch in Stamford, Vermont, where he allegedly keeps firearms and cannabis. The children are all under 5 years old.

Though the children’s father says he is worried about the living arrangement, the mother insists that Miller allowed her to escape from a “violent and abusing ex,” helping her find a “safe environment” for her kids, according to Rolling Stone.

The felony charge comes as Warner Bros. is scheduled to release the $100 million “The Flash” movie in less than a year. The movie is part of the DC Extended Universe film franchise.

“We have seen ‘The Flash,’ ‘Black Adam,’ and ’Shazam 2.’ We are very excited about them,” Zaslav said during the call. “We think they are terrific, and we think we can make them even better.”

The controversy surrounding the movie’s lead star has put the company in a tough spot. Warner Bros. did not comment when Miller was arrested for disorderly conduct, harassment, and assault earlier in 2022.

However, there are reports that the company does not want Miller to be part of future DC ventures after “The Flash” is released in June 2023.