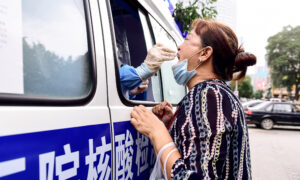 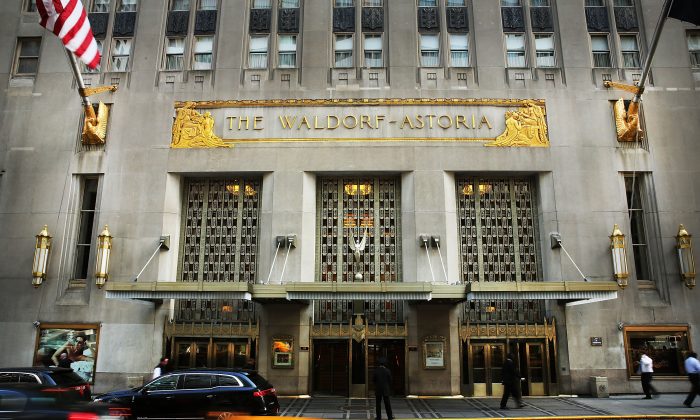 China’s military does not yet have the capability to deploy its power quickly on a global scale. But economically, it’s well on its way.

Chinese companies are quickly—and quietly—amassing assets abroad. China’s outbound M&A activity for the first nine months of 2016 totaled $174 billion, according to Dealogic data, surpassing that of the United States for the first time.

The breadth of Chinese M&A has been growing beyond traditional resource-related industries into high technology, transportation, media, and consumer products. The state-sanctioned expansion of Chinese companies aims to deploy Beijing’s soft power and grow its influence over global consumers.

The recent acquisitions aren’t driven by state-owned enterprises. More recent expansion has an eye towards an economic shift away from resources to value-added growth and services sectors. A handful of private companies are leading the charge, fronted by bold entrepreneurs and backed by creative financing.

“Because of rising labor costs in China, companies in the country are eager to migrate to high-value-added production and expand their presence, especially to emerging markets,” according to a Moody’s Investors’ Service research report last week.

We take a look at the five Chinese companies—all privately owned but well connected with the Chinese regime—on the forefront of China’s global expansion.

But that hasn’t stopped Anbang from leaving a mark in the U.S. hotels business. It recently closed on a $6.5 billion portfolio of 16 luxury hotels across the country—including the iconic JW Marriott Essex House on Central Park South—previously held by U.S. private equity firm Blackstone Group. It was the most expensive real estate deal by a Chinese company ever.

Anbang’s in the midst of a $13.5 billion shopping spree dating back to 2014, beginning with a $2 billion purchase of the Waldorf-Astoria hotel in Manhattan. The acquisitions spanned companies and properties from South Korea to the Netherlands.

Anbang is a private financial services company that’s been little known until recently even in China. It began operations only 12 years ago as a regional insurance company based in Beijing. Recent insurance sales have given the company the premiums to backstop its acquisitions. But unlike most insurers who invest in bonds, much of Anbang’s assets are tied up in long term illiquid properties that could put the company in a liquidity bind should liabilities become due unexpectedly.

Another mystery is Anbang’s ownership. The company’s ownership structure contains dozens of layers of entities owned by various people from far flung places. But they all have one thing in common of being relatives or business associates of Anbang Chairman Wu Xiaohui, according to a recent New York Times report. Wu, whose wife is the granddaughter of 1980s Communist Party secretary Deng Xiaoping, is curiously not listed as a shareholder of the company. Anbang has since refuted the report.

Few U.S. consumers are aware that China’s WH Group is a supermarket staple in the United States.

The company is results of Shuanghui’s $7.1 billion hostile takeover of American pork producer Smithfield Foods, which owns food brands such as Farmland Pork, Nathan’s Famous, and its namesake Smithfield. The deal brought more U.S.-produced pork and pork products to China, where food safety has become an issue in recent years.

The ban is politically motivated, given the notoriety of China’s meat market for tainted products. China’s U.S. beef import embargo was initiated after a brief 2003 mad-cow disease outbreak in the United States and has become unpopular with Chinese consumers.

“You should ask the central government the reason for the ban and the reason for lifting it,” Vice Chairman of China Meat Association Chen Wei told TIME magazine. “Because of the ban, we were not able to communicate with our American peers. Now we can.”

The cooperation could open the door for future takeovers as China’s demand for higher quality meat product grows.

Dalian Wanda Group’s aggressive expansion into Hollywood has caught the attention of Washington politicians after its recent purchase of production house Legendary Entertainment for $3.5 billion, becoming the first Chinese company to own a major American film company.

Wanda is a Chinese real estate developer which has quickly expanded its business holdings in recent years. Its first major international purchase was AMC Theaters in 2012, and it has since snapped up entertainment ventures both in the United States and China. Wanda’s recent activities include negotiations to buy Carmike Cinemas to become the biggest movie theater owner in the U.S., and discussions to acquire Hollywood producer Dick Clark Productions.

This summer Wanda was close to finalizing a purchase of a 49 percent stake in “Big Six” studio Paramount Pictures. The deal fell through due to resistance from Summer Redstone and his family who control Paramount’s parent Viacom Inc.

Wanda’s aggressive expansion into Hollywood has raised concerns about China exporting its propaganda abroad. Wanda is owned by Wang Jianlin, China’s richest man and a Communist Party insider. The company isn’t publicly listed and has a complex operating structure. What’s not complex is its open desire to spread the influence of modern China.

It declared open war on The Walt Disney Co. by planning to open 15 multi-billion-dollar theme parks across China in an effort to deflect attention from Disney’s new Shanghai complex. A few—including massive parks in Nanchang, Jiangxi Province and Hebei, Anhui Province—are already in operation. “Disney really shouldn’t have entered the mainland. We will make Disney’s China venture unprofitable in the next 10 to 20 years,” Wand said in a CCTV interview earlier this year.

Guo is a student of American investor Warren Buffett and uses an asset base of insurance companies from which to invest in other firms. Fosun is generally a prudent investor and employs value investing. In fact, Fosun has recent put up a few of its assets for sale—worth billions of dollars—in order to pay down debts, and Guo has gone on record to imply that valuations may be getting too high. “When everyone gets excited, we become more cautious,” he told the Wall Street Journal earlier this year.

Guo disappeared for a few weeks in December 2015, and was said to be in official custody. The news sent Fosun’s stock and bond prices tumbling, but they’ve largely recovered since as Guo was released and was even allowed to travel overseas. Some Chinese political analysts wondered if Guo had been caught up in Communist Party regime leader Xi Jinping’s anti-corruption sweep given his connections to Shanghai. Since his release, Guo has refused to discuss details of his detention.

HNA is the parent of Hainan Airlines, a Chinese airline that predominantly focuses on domestic routes and is based in the Southern vacation Province of Hainan. The company was built by Chen Feng, a former People’s Liberation Air Force and Civil Aviation Administration officer who was invited by the Hainan government to build an airline. But HNA’s humble beginnings belie its current heft—since Jan. 1, HNA has spent $20 billion in acquisitions.

Its single biggest purchase this year was the $10 billion acquisition of CIT Group’s aircraft leasing business by Avolon Holdings, HNA’s aircraft leasing arm. When the deal closes in early 2017, Avolon would become the world’s third biggest aircraft lessor, with 910 aircrafts valued at more than $43 billion, according to Bloomberg estimates.

The CIT deal caps a flurry of transactions for HNA this year, including the $6 billion purchase of U.S. IT and software distributor Ingram Micro, the acquisition of Carlson Hotels (which owns Radisson and Park Plaza hotels) for an undisclosed amount, a minority stake in Virgin Australia airline group, and its most recent purchase of eight golf courses near Seattle for around $137 million which closed last week.