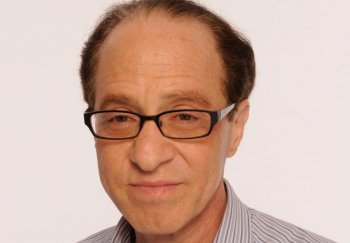 The First Human to be Infected by a Computer Virus

By Shahrzad Noorbaloochi
Print
When top inventor and scientist Dr. Ray Kurzweil claimed that by 2029 an event called “The Singularity” would occur, in which technology would be so advanced that it could be used to make human beings immortal, most were shocked. Kurzweil, to whom the seemingly eccentric ideas about "The Singularity" are most often attributed, has been described by the Wall Street Journal as “a restless genius” and by Forbes as “the ultimate thinking machine.”

A new development may challenge this sort of faith in technological immortality, as recently a man has managed to infect an implant in his body with a computer virus, in what appears to be the very first recorded case of a computer virus infecting a human being.

British Systems engineer from University of Reading, Dr Mark Gasson, has succeeded in infecting a computer chip he had earlier implanted in his hand with a computer virus. The implant, a high-end Radio Frequency Identification (RFID) chip, was successfully used to allow him secure access to his university building and his cellular phone.

Gasson had a microchip surgically inserted into his wrist, essentially making himself part machine, as part of his scientific research on the vulnerability of technology implanted in the human body. He reports feeling that the chip was part of his own body. This “surprisingly violating experience” meant that when his microchip got a computer virus, he was getting a computer virus as well.

Instances of human beings using technological devices such as computer chips, pacemakers, and other cosmetic implants to supplement their biological make-up is becoming increasingly more common. Gasson expects that this is the beginning of an ever increasing tendency, saying in an email correspondence, "It is certainly evident that the future will involve the implantation of technology into people. It is likely that we will find applications of implantable medical technology for enhancement and these will become more commonplace."