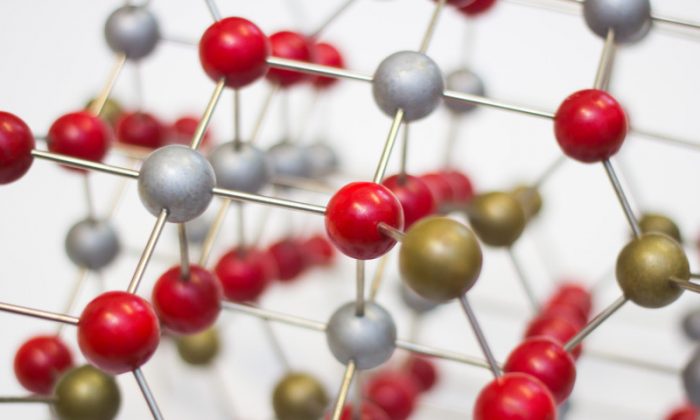 The structure of iron oxide has been studied at the Vienna University of Technology. (VUT)
Science

The Finer Details of Rust

Scientists at the Vienna University of Technology have now shown that the atomic structure of the magnetite surface, which everybody had assumed to be well-established, has in fact been wrong all along. The properties of magnetite are governed by missing iron atoms in the sub-surface layer. “It turns out that the surface of Fe3O4 is not Fe3O4 at all, but rather Fe11O16”, says Professor Ulrike Diebold, head of the metal-oxide-research group at TU Wien (Vienna). The new findings have now been published in the journal “Science”.

The Material that Just Won’t Behave

Perhaps the most surprising property of the magnetite surface is that single atoms placed on the surface, for instance gold or palladium, stay perfectly in place instead of balling up and forming a nanoparticle. This effect makes the surface an extremely efficient catalyst for chemical reactions – but nobody had ever been able to tell why magnetite behaves that way. “Also, Fe3O4-based electronics never function quite as well as they should”, says Gareth Parkinson (TU Wien). “Because materials interact with their environment through the surface, it’s really important to understand the structure of the surface and why it forms.”

Very often, the properties of metal oxides depend on oxygen vacancies in the topmost atomic layers. Depending on the environment, some oxygen atoms on the surface may be missing. This can dramatically influence the electronic properties of the material. “Everyone in our community thinks about missing oxygen atoms. That is why it took us quite a while to figure out that it is in fact missing iron atoms that do the trick”, says Gareth Parkinson.

It’s Not the Oxygen, it’s the Metal

Instead of a fixed structure of metal atoms with built-in oxygen atoms, one rather has to think of iron-oxides as a well-defined oxygen structure with little metal atoms hiding inside. Directly below the outermost atomic layer, the crystal structure is rearranged and some iron atoms are absent.

It is precisely above such places of missing iron atoms that other metal atoms attach. These iron-vacancy-sites are regularly spaced, and so there is always some well-defined distance between gold or palladium atoms attaching to the surface. This explains why magnetite surfaces prevent these atoms from forming clusters.
The idea of completely re-thinking the crystal structure of magnetite was rather bold, and therefore the scientists analysed their theory very carefully. Quantum simulations were carried out on large supercomputers to show that the proposed structure was indeed physically reasonable. After that, electron diffraction measurements were done together with researchers at the University of Erlangen-Nuremberg, Germany.

“By scattering slow electrons at surfaces, one can measure how well the actual crystal structure of the material agrees with a theoretical model”, says Ulrike Diebold. This agreement is quantified by the so-called “R-value”. “For very well-known structures, one may achieve an R-value of 0.1 or 0.15. For magnetite, nobody had ever managed to get anything better than 0.3, and people said it just could not be done.” But the new magnetite structure with missing iron atoms agrees very well with the experimental data, yielding an R-value of 0.125.

Magnetite is Just the Beginning

Metal oxides are widely known to be technologically important but extremely complicated to describe. “Our results show that there is no need to despair. Metal oxides can be modelled quite accurately after all, but maybe not in the way one might expect at first glance”, says Gareth Parkinson. The scientists expect that their findings do not just apply to iron oxide but also to oxides of cobalt, manganese or nickel. Re-thinking their crystal structures could possibly boost iron-oxide research in many areas and lead to applications in chemical catalysis, electronics or medicine.

The research project is building bridges between physics and chemistry. TU Wien has set up the doctoral college “Solids4fun” to foster close interdisciplinary collaborations in the field of materials and surface science.