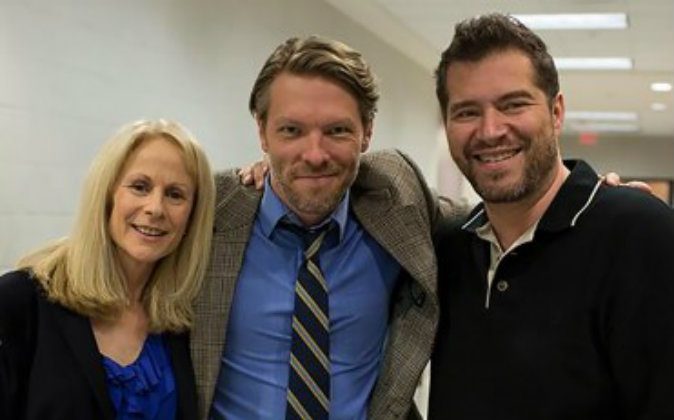 The film “The Historian,” which is rumored to have begun to draw the attention of several American film industry investors who have already prescreened it, will have its New York premiere on May 20 at the Soho International Film Festival (SIFFNYC), which runs this year May 15–22 at the Village East Cinemas in East Greenwich Village.

As he related to me, when I interviewed him recently in the three-bedroom apartment he shares with his brother and a friend on the Upper West Side of Manhattan, “Five years ago I woke up one morning totally blind. Two years later I had to have my left leg amputated, and my kidneys failed the same week, so I had to begin dialysis treatments three times a week.”

After explaining that his ailments were related to a severe diabetic condition first manifested 10 years ago, Westmoreland continued his story. “About a year after my leg was amputated, I received a phone call from my good friend Miles Doleac. He told me he had written what he thought was a very good film and wanted me to be the producer. I told him that as a one-legged blind man who needs a kidney transplant, I would certainly not be the best person to produce his film.”

But Doleac—who had first met Westmoreland in their mutual native state of Mississippi 20 years ago when the latter directed a play in which Doleac, then strictly an actor, performed and has been his close friend ever since—refused to accept no for an answer.

Reliving what proved to be their fateful conversation that day, Westmoreland explained that Doleac, who in addition to being the director also plays the lead role in the movie, “let me know in no uncertain terms that he had full faith in my strength and resilience as a person and my ability as a producer and that I was the only person he wanted to produce the movie. I knew he was totally sincere. I accepted his offer and have never looked back from when we started till after we finally completed the film.”

Westmoreland elaborated that he realized while working on the film that, in the past, a person with a physical condition such as his probably would have been unable to produce a movie, but that modern technology has now made it possible. “God bless assistive technology,” he exclaimed. “I used [assistive technology] devices to read the script, read the daily call sheets and read the contracts.”

But he added, he also learned that technology still must be supplemented by the human touch. “The actual shooting of the movie proved very taxing,” he told me. “So we hired a personal assistant to act as a sighted guide and friend to get me back and forth to different locations. She was such a great help.”

That quality of human involvement came in handy in a different way when Westmoreland and Doleac found they had somehow missed the February deadline to apply to compete for the awards that the festival’s panel of industry based judges bestows to the selected winning producers and directors from a variety of cinematic categories.

While “The Historian” had already been chosen to compete in the prestigious Dances With Films festival scheduled to be held in Los Angeles at the end of May, Westmoreland remained intent in having it appear in SIFFNYC. “I couldn’t believe with all we had done to complete the movie, we had inexcusably filed late. We already had several investors and producers from several states who phoned to tell us they had heard nice things about “The Historian” and were coming to New York to screen it. Now it seemed the film would not be screened there. … What would those who planned to come to see the film think? We were very worried. … We needed help,” he recalled thinking.

That help, he continued, soon came in the form of Sibyl Santiago, the award-winning actress, director, and producer who currently serves as the SIFFNYC’s executive director and head of programming and has been working closely with the festival’s founder, talent agent Jorge Ballos, starting its second season in the winter of 2010.

“Sibyl told us that because we missed the deadline, we were ineligible to compete. But she added that she had screened the film and liked it, and had convinced the festival’s executive board to include “The Historian” as part of the exhibition theater showings, independent of the competition part. … Miles and I were thankful and thrilled with the opportunity to have our film exhibited there.”

As well they should have been. SIFFNYC, which was recently named by the Movie Maker Magazine to its coveted list of The Top Fifty Film Festivals Worth the Entry Fee, has become known in the film industry as one of the most important movie festivals in America. Many of its past participants have had the films they presented there sold to distributors and widely circulated in cinemas and streaming media throughout America.

This year’s collection of movies has reportedly drawn the attention of the scores of film distributors and investors who are expected to come to the festival. Along with thousands of ordinary ticket-buying New York movie lovers, these leading figures in the film industry will see (according to at least what has been said by movie critics in the past) original and moving both short and feature films made by national and international veteran and new filmmakers.

While it is highly unlikely that to make their movies any of these filmmakers had to overcome the physical challenges that confronted Westmoreland, he remains philosophical about the hardships he had to endure and overcome, both as a man and as a filmmaker.

“Regarding my physical challenges,” said Westmoreland, “I have developed and try to live by the motto that mountains are not obstacles to block our path. Rather, they are our creator’s way of giving us an opportunity to stand on top of the world.”