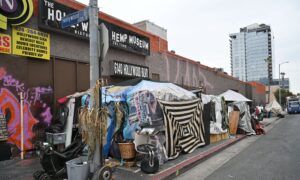 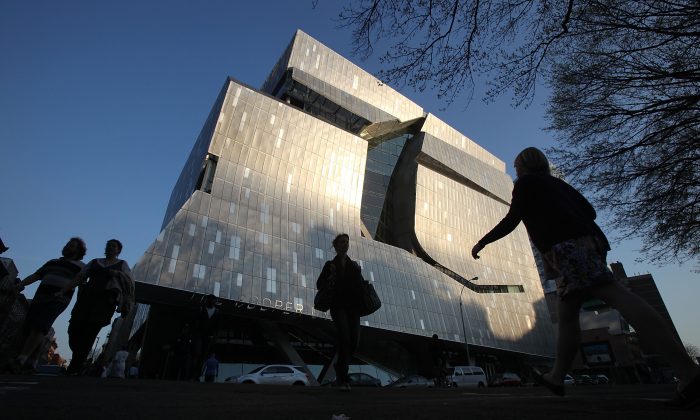 The Cooper Union for the Advancement of Science and Art academic building is seen in New York when new on April 5, 2010. (Mario Tama/Getty Images)
Opinion

The Fight Over Free Tuition at Cooper Union

In May, students and professors at Cooper Union—an art, architecture, and engineering college in New York City—filed a lawsuit against the school’s board of trustees.

Known as the Committee to Save Cooper Union, the group is pursuing legal action after the board of trustees announced plans to abolish the school’s 150-year tradition of providing free tuition for all students.

Peter Cooper, the school’s founder, believed that education should be “free to all.” As the new documentary film Ivory Tower highlights, Cooper established an endowment for the school that owns the land beneath the Chrysler Building to fulfill his vision.

Shamefully, Cooper Union’s board of trustees has turned its back on that vision.

Last year, President Jamshed Bharucha and the trustees announced they would charge tuition for the first time in the school’s history beginning September 2014. Total tuition will be $39,600 per year. Incoming students will receive a “half-tuition scholarship.”

The school’s trustees say the decision was “an option of last resort to prevent insolvency.”

Why is Cooper Union having such financial troubles?

A growing administrative staff and rising nonacademic expenditures, including an extravagant new building, created Cooper Union’s deficit. The school took out a $175 million loan several years ago to fund the new building and invest in risky hedge funds.

Other excessive spending has included $350,000 for an inauguration party on the High Line and around $1.5 million on consultants for President Bharucha to develop a plan for “reinventing” Cooper Union.

The Committee to Save Cooper Union is now focused on legal action. Its claim? That the school’s board of trustees mismanaged the school’s funds and committed “a breach of fiduciary duty.“

The committee is requesting a permanent injunction against the charging of tuition, the removal of trustees who mismanaged funds, and a full investigation.

With its long-standing commitment to free tuition for all, Cooper Union stood as an example of an institution of higher learning that still centered on the mission of educating students—even as total student loan debt surpassed $1.2 trillion.

But now the same trends that have beleaguered our country’s higher education system—disinvestment in students and their learning, administrative excess, and rising tuition—have swept up Cooper Union.

However, President Barack Obama’s rating system doesn’t include holding administrations and boards of trustees accountable for excessive spending. The system also doesn’t measure the quality of education. Instead, the plan promotes online courses, self-directed learning, and technology that will reduce student access to full-time faculty in the classroom.

Cooper Union students and faculty are fighting for much more than preventing tuition charges. Higher education as a public good is under attack in America. This is a fight to preserve a once-vibrant ideal.

Students, parents, and faculty everywhere should pay close attention to whether the Committee to Save Cooper Union group wins. The outcome could shape the road ahead for all colleges and universities.

OtherWords columnist Marjorie E. Wood is an economic policy associate at the Institute for Policy Studies and the managing editor of Inequality.org. This article previously published in OtherWords.org.