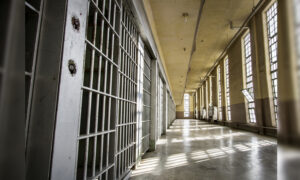 Our Incarceration Nation: Even After Prison, Many Americans Are Held Captive
0
Share Now
TelegramFacebookTweetEmailTellMeWeReddit
Copy Link

The Fentanyl Flood Into the US: Why Can’t We Make It Stop?

About 11 times every hour, about 250 times a day, an American citizen dies of a drug overdose. The most frequent culprit is fentanyl. The most popular mode of delivery is fentanyl-laced heroin, fentanyl mixed with cocaine, or illegally produced OxyContin pain pills containing fentanyl. And it isn’t just hardcore addicts who are dying.

The Centers for Disease Control and Prevention reports overdose deaths skyrocketed to a mind-boggling 93,000 last year, a 29 percent increase over the previous year. The death rate is now so frightening that a bipartisan group, called Families Against Fentanyl, asked the president to declare the synthetic opioid an official weapon of mass destruction.

So, where is all this fentanyl coming from, why does it keep pouring into this country year after year, and why has the U.S. government been unable to stop it? The short answer to the first question is China, the same country that unleashed the COVID-19 virus upon the world.

But China is only a cog, albeit the largest one, in a far-flung supply network that seems impossible to disrupt. Laboratories in China produce fentanyl and ship the man-made poison to the United States via international mail. Our postal system tries to control the flow, but it’s an impossible task. Also, Chinese drug lords send large amounts of fentanyl to associates in Mexico and, to a lesser degree, Canada. Operatives then move the deadly product across the U.S.-Mexico border and, less frequently, across our northern border.

And now, according to a declassified government report, India is getting in on this most profitable business. Labs there produce fentanyl and ship it directly to both China and Mexico. Naturally, much of it ends up in U.S. cities and towns because, sadly, that’s where the demand is.

It’s clear China is the biggest player here. For years, Chinese leader Xi Jinping has given us lip service on his willingness to shut down his country’s illegal fentanyl factories. In 2017, the United States began to indict major Chinese manufacturers, but there is no indication the Chinese government ever arrested any of them.

It’s also clear that the unprotected route through Mexico is a major contributor to the fentanyl flood into the United States. As U.S. Border Patrol agents are overwhelmed dealing with immigrants—more than 212,000 of them in July—drug mules find plenty of opportunity to slip through unpatrolled and unfenced border areas.

Our immigration policy, coupled with the almost unfettered flow of fentanyl, has turned Mexican drug lords into billionaires, if they weren’t already. Not only do the cartels make boatloads of money selling the opioid on American streets, but they also charge immigrants thousands of dollars in exchange for guaranteed safe passage to the U.S. border. Once here, many immigrants are intimidated into working the drug trade. A recent report from Customs and Border Patrol estimated that the cartel’s human traffickers made some $411 million just during the month of February. That’s more than $14 million a day.

So, wondering what can be done to stop the ever-increasing overdose death rate caused by fentanyl? The answers seem clear. First, clamp down on China with more trade sanctions. And, how about a strict embargo on all mail and packages from China (or Hong Kong) coming into the United States? That maneuver would cripple the Chinese economy and surely make Xi more cooperative in the fentanyl fight.

Next, seal our borders, especially the southern border with Mexico. Finish the wall or recruit legions more Border Patrol agents. It’s only logical that if drug mules can’t get into the United States, then neither can their lethal cargo. Something must be done, because the status quo is killing our children. It isn’t acceptable.

This isn’t about politics, or who started or stopped building the border wall. Please, let’s get past that paralyzing mindset. This is about losing city-sized populations every single year. Doesn’t that warrant an immediate and forceful reaction?

The government’s primary role is to protect its citizens. The fentanyl death rate is an obvious tragedy in need of immediate attention.