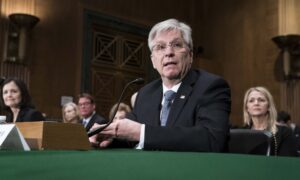 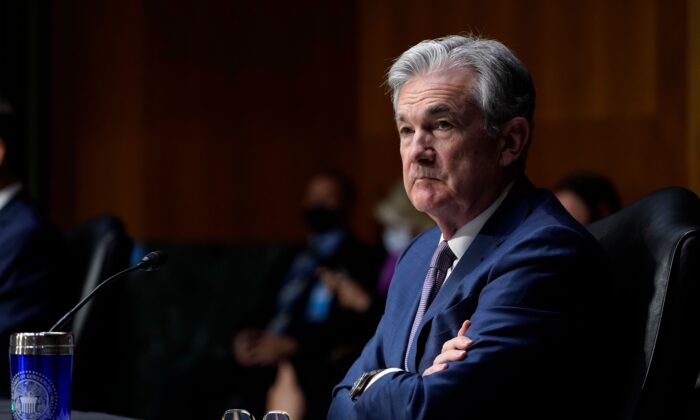 WASHINGTON—The Federal Reserve announced on Dec. 16 that it would keep U.S. interest rates near zero as the pandemic continues to pose “considerable risks” to the economy. Fed policymakers didn’t predict any interest rate increases through 2023.

After the conclusion of the central bank’s two-day policy meeting, Fed officials said they would hold the federal funds rate at a range of zero to 0.25 percent, in line with expectations. The federal funds rate is a benchmark rate that affects the cost of borrowing on mortgages, auto loans, home equity loans, and other loans.

“The path of the economy will depend significantly on the course of the virus,” the Federal Open Market Committee (FOMC) statement reads, in line with the previous statement.

“The ongoing public health crisis will continue to weigh on economic activity, employment, and inflation in the near term, and poses considerable risks to the economic outlook over the medium term.”

He noted, however, significant challenges and uncertainties remained with respect to “the timing, production, and distribution of vaccines, as well as their efficacy across different groups.”

Hence it is “difficult to assess the timing and scope of the economic implications of these developments,” he said.

The policymakers believe the next few months will be “very challenging,” due to the surge in CCP virus cases in the United States and abroad.

Fed officials revised their economic forecasts to reflect the improvement in labor markets and economic activity in recent months.

Gross domestic product is now expected to contract by 2.4 percent (median) in 2020, compared to the 3.7 percent decline projected in September. The central bank expects the economy to expand by 4.2 percent and 3.2 percent in 2021 and 2022, respectively. Both figures reflect a 0.2 percent upward revision from September’s forecasts.

Meanwhile, the Fed’s inflation projection rises to 1.8 percent next year, from 1.2 percent this year, and reaches 2 percent in 2023.

The Fed has taken a wide range of actions to limit the economic harm of the COVID-19 crisis. As part of its efforts to support the markets, since June the central bank has been buying at least $80 billion per month in Treasuries and $40 billion in mortgage-backed securities.

The Fed has adopted language on asset purchases that’s consistent with its policy goals. The FOMC statement said that the central bank would continue to increase its asset holdings at the current pace “until substantial further progress has been made toward the Committee’s maximum employment and price stability goals.”

“Although funds from the CARES Act will not be available to support new loans or new purchases of assets after Dec. 31, the Treasury could authorize support for emergency lending facilities if needed through the Exchange Stabilization Fund,” Powell said.

The FOMC meeting took place alongside critical budget talks in Congress. Lawmakers are in the midst of negotiating an omnibus spending bill for fiscal year 2021 with the aim of reaching a deal before the Dec. 18 deadline. Congressional leaders have agreed that a relief bill should be paired with government funding.

“The case for fiscal policy right now is very strong, and I think that is widely understood,” Powell said, adding that households still needed fiscal support as two critical unemployment programs are set to expire at the end of this year.

The positive developments on the relief bill and vaccines have boosted market confidence recently. Some analysts have already upgraded their 2021 economic forecasts, reflecting the effects of mass vaccine distribution next year.

Despite the rapid acceleration of new virus cases in recent weeks, consumer services spending data showed continued growth through November, according to Goldman Sachs. Due to resilient consumer spending amid the virus resurgence, the bank’s economists now predict a smaller hit to the level of spending in the winter months.

The economists are also expecting a “significantly smaller virus drag on manufacturing activity this winter than in the spring,” due to several factors, including strong consumer demand and lack of broader lockdowns.