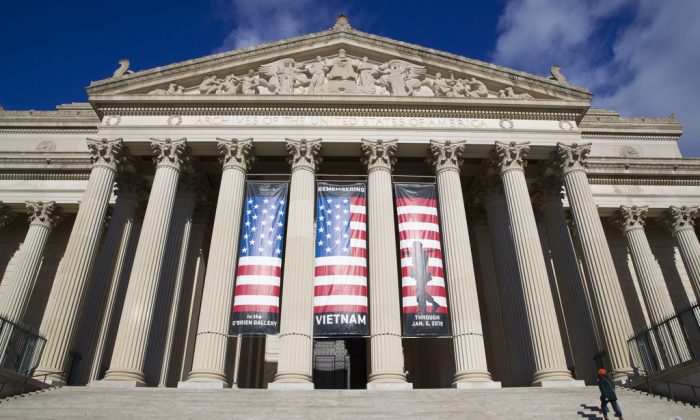 People walk up the steps to the National Archives in Washington on Dec. 22, 2018. (Alex Brandon/AP)
Viewpoints 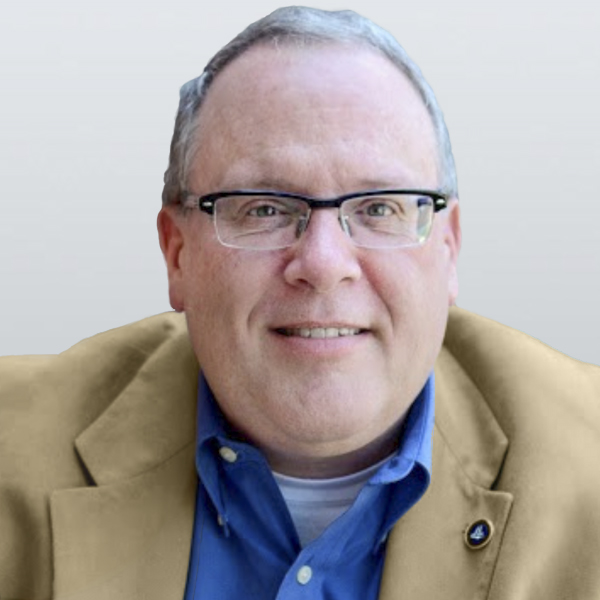 The imagery projected was clearly deliberate during the raid on former President Donald Trump’s Mar-a-Lago home last week. It could have all been handled discreetly, but it wasn’t. Flashing police lights, sirens, blocking all the exits with armed police: It was crafted for the media and public consumption. Was it necessary to send in that number of FBI agents? Was there really a threat that Trump staffers would somehow destroy records? Of course not.

This was crafted to paint Trump in the most undesirable light on national TV.

The raid, we’ve been led to believe, was to recover records, potentially classified, that the former president allegedly had in his possession. Bear in mind that Trump had already provided 15 boxes of material to the archives upon their request. So why was there a need for a demonstrative show of such an armed force?

The media, Republican, and national focus is on the FBI and the Department of Justice (DOJ)—as it should be. This is bigger than just those agencies and departments. Let’s take a look at the U.S. National Archives and Records Administration (NARA). While we’re looking at NARA, let’s also carefully examine the newly named national archivist, Colleen J. Shogan.

On Aug. 3, Shogan was announced as the nominee to lead the National Archives after David Ferriero stepped down from the role. The role of the archivist is to manage and administer the vast holdings of the National Archives. The logical choice would be to put someone in that role whose curriculum vitae is that of a historian. After all, it’s more than an administrative position—you act as the keeper of the nation’s history.

That’s not the case with Shogan. While she works as director of the David M. Rubenstein Center for White House History at the White House Historical Association, her educational background isn’t one based in history—it’s political science. She teaches at Georgetown University, where she’s an adjunct lecturer in political science. Yes, she worked at the Library of Congress and Congressional Research Service in a number of assistant and deputy director roles, but it seems her educational background is primarily political.

Her first book, “The Moral Rhetoric of American Presidents,” seems far less historical than political. Her own book backmatter states: “Shogan concludes with an analysis of several dilemmas of governance instigated by George W. Bush’s persistent devotion to moral and religious argumentation.”

Hardly the work of an impartial historian.

She has published articles in the journals Perspectives on Politics, Polity, Studies in American Political Development, Presidential Studies Quarterly, Rhetoric & Public Affairs, Women & Politics, and others. The key here is rhetoric and politics—not history. She received the full endorsement of the American Political Science Association, which is a questionable group to weigh in on a role that should be focused on preserving history, rather than pushing politics.

One must ask if this appointment just prior to the raid is a coincidence. Was the nomination of a political scientist to this position, right before a highly publicized event, done in order to align the National Archives to endorse this action? What’s Shogan’s stand on how all of this was executed? Does she endorse this kind of militant use of force to gather records—especially when the target had already turned over boxes of material?

If the Republicans win back the House and/or Senate, the investigation should go far deeper than looking at the DOJ or the FBI. This nomination of Shogan needs to be put under a magnifying glass as well. Questions should be asked as to whether she supported the raid and if she looks to further weaponize NARA in order to fulfill political objectives. Any and all correspondence from NARA, the FBI, the DOJ, and the White House needs to be scrutinized, as well as any messages between Shogan and anyone in the Biden administration on this subject.

A serious in-depth examination of NARA and this appointee needs to take place.

This is bigger than just looking at law enforcement. These kinds of political appointments need to be examined and dissected carefully. The nation has long suspected the existence of a Deep State. The involvement of the National Archives has done nothing but reinforce that belief.

Blaine Pardoe
Follow
Blaine Pardoe is a New York Times bestselling and award-winning author. He is a regular contributor to American Thinker, PJ Media, American Greatness, Bizpac Review, and other conservative sites. His most recent works include the conservative political thriller "Blue Dawn," which tells the story of the violent overthrow of the government by Progressives. The sequel, "A Most Uncivil War," is currently available. His book "The Democratic Party Playbook" 2022 Edition was an Amazon bestseller for new political humor.