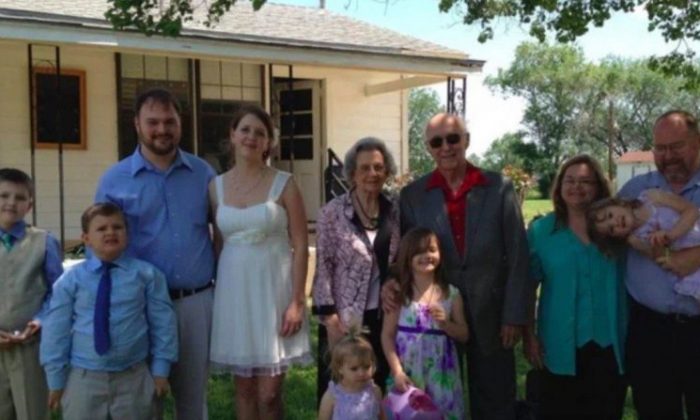 The Father of the Youngest Victim in Texas Shooting Speaks Out

The father of the unborn child who was killed in the Texas church massacre last Sunday said that he wants everyone to know his name.

According to 9News, Crystal Holcombe and her unborn baby died in the attack, and the father-to-be, John Holcombe, wrote about the child:

Regarding our baby, we don’t know if it was a boy or a girl. It was too soon to tell. However, we have a name for our baby, who died in the womb.

This includes Crystal’s pick for a girl, a boy, and the nickname the kids gave the baby.

Crystal was very thoughtful when coming up with these names. Carlin means small champion. It also sounds like Karla, Carolyn, and Charles.

Marc’s daughter, Noah, who was only 17 months old, was reported as the youngest victim in the massacre.

He noted that “’Billy Bob’ is the nickname the kids gave the baby.”

More than half of the victims in the attack were children, according to media reports.

The gunman was identified as Devin P. Kelley, who lived outside of San Antonio.

After Kelley was accused of a violent offense in 2012 the Air Force missed 2 chances to stop him from buying guns reported Reuters quoting from military documents.

In 2014 a third opportunity to flag shooter Devin Kelley was lost by a twist of bad luck when a Pentagon inspection of cases narrowly missed the former airman, Reuters reported.

The Air Force said on Monday it had failed to provide information as required about Kelley’s criminal history to the FBI’s criminal databases. It gave few other details about the omission.

A review of Department of Defense procedures by Reuters shows that the military should have flagged Kelley twice , then serving at a New Mexico base, after he was accused of repeatedly beating his wife and stepson.

If Pentagon rules had been followed, the Air Force should have put Kelley into national criminal databases used for background checks soon after he was charged.