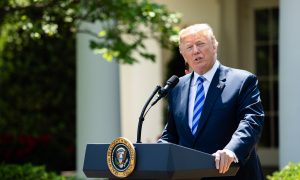 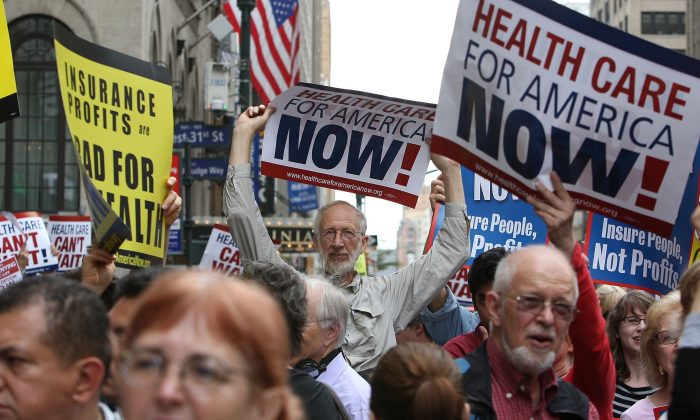 Whether one refers to it as “Medicare for All,” “single-payer health care,” or “socialized medicine,” government-controlled health care has one impossible-to-overcome and literally fatal flaw.

It can be summed up in one phrase: Health care needs are unlimited, but government health care budgets are fixed.

So, what does that mean in real life?

Health care is a very broad concept. It’s not just fixing broken limbs or treating cancer and heart attacks. An individual has health needs from the moment of conception until death … and maybe even for several minutes beyond. Every vaccination, checkup, therapy, hospitalization, operation, prosthetic, drug, vitamin, nutritional supplement, or consultation costs money and must be paid for by somebody.

And that’s just your needs. Your health care wants are likely even more varied.

Under a free-market health system, you can have all those things and much, much more—if someone is willing to pay for it.

That someone may be yourself. It may be your insurance company (which is really you and other premium payers). Or you may receive a gift or charity. Before socialized health care ruined a beautiful system, the average British surgeon donated two working days a week to charitable hospitals.

In a free-market system, health care is cheap, the choices are many, and the limits are few on which health care products or services you may use. The main limit is common sense. If you are rich, you are probably smart enough not to waste your money on the latest exotic treatments. If you are middle class, your insurance company will pay for your medicines and operations but likely won’t fly you to the Brazilian rainforest to consult a shamanic healer. If you are poor, your friends, family, or charitable donors will undoubtedly help pay to treat your leukemia or your children’s dental care, but probably won’t fork out for the cosmetic surgery or freckle removal treatment you absolutely must have to be happy.

And that’s the way it should be. In a free-market health care system, you can have anything you want as long as somebody voluntarily pays for it. Only the crazy stuff is all on you.

In a free-market health system, your doctor sees you as a customer. The happier, healthier, and more productive you are, the more personal satisfaction and financial reward he or she gets. Win-win all round.

In a socialized health care system, you are not a customer—you are a liability. Every operation, consultation, medicine, or man-hour you consume is taken out of a fixed budget. That budget may be huge, it may financially ruin the nation, but it will always be finite.

Privately owned businesses have an incentive to treat their customers well and eliminate liabilities as quickly as possible.

In a socialized system, all health care decisions will ultimately be made by accountants and bureaucrats, not doctors and nurses.

The oncology department at Christchurch Public Hospital in New Zealand (my hometown) might have a chemotherapy budget of $50 million per year.

It’s nearing the end of the financial year and the budget is running out. The accountants are not happy. They’re threatening to take any cost over-runs out of next year’s budget.

Two oncology patients each require $200,000 worth of treatment.

In one bed lies a 7-year-old girl with leukemia. A mere $200,000 could save her life; she could grow up, marry, have children, have a great career, and pay lots of taxes during the course of her lifetime.

The other valuable bed is occupied by a 78-year-old man with advanced prostate cancer. A major outlay of $200,000 may extend his life by three to five years. He’ll never pay another dollar in taxes but could consume hundreds of thousands in treatment costs during his remaining unproductive lifetime.

The department’s chemotherapy budget is nearly exhausted. The doctors know they can only afford to treat one patient. Who’s it going to be?

Not hard to figure out, is it? The old guy will get plenty of painkillers, though. He will at least die in comfort.

A few years ago, Herceptin was the state-of-the art breast cancer drug. The trouble with Herceptin was that it was very expensive, and so the New Zealand government refused to fund it. Women were still given treatment, but with less effective and cheaper remedies. Wealthy breast cancer sufferers traveled to Australia and paid for treatment out of their own pockets. Less wealthy sufferers either survived despite the inferior drugs or died early.

Here’s another example, that of my own father:

Now in his 80s, Dad worked for one employer for his whole career, paid his taxes, and was a contributing citizen.

He’s still very active. He hunts, fishes, and plays table tennis competitively. Unfortunately, he has major shoulder ligament issues, which hamper his sporting activities and give him a lot of pain. He inquired with his doctor about an operation to fix the problem. He was told it was a simple procedure that would cost a few thousand dollars. But the waitlist was several years long and, at his age, there was no way the government was going to “invest” that much money. “Here’s some more painkillers.”

You don’t need “death panels” in a socialized system. No little group of experts decides who lives or dies. The rationing is built into the system.

Consider this argument that renowned bioethicist Peter Singer made during the debates surrounding Obamacare: “Rationing health care means getting value for the billions we are spending by setting limits on which treatments should be paid for from the public purse. If we ration, we won’t be writing blank checks to pharmaceutical companies for their patented drugs, nor paying for whatever procedures doctors choose to recommend. When public funds subsidize health care or provide it directly, it is crazy not to try to get value for money.”

It can’t work any other way.

In a socialized system, you must meet certain conditions to get treatment for yourself or your family. You will preferably be young and productive, and friendly to the powers that be. As long as you don’t get old, or too individualistic, you may get the treatments you need—if you don’t die waiting.

Importantly, socialized medicine is not about health care, it is about control. Are you going to oppose the government or defy bureaucrats when they have the power of veto over your spouse’s or children’s health care? Not likely.

The United States currently has some of best health care in the world. However, heavy government regulations on health and insurance sectors astronomically drive up costs. If those unconstitutional laws and regulations were removed, costs would plummet and treatment options would expand exponentially. New innovations would revolutionize health care in ways we can only begin to imagine.

The government must be removed from the doctor–patient relationship.

If the United States succumbs to the socialized health care propaganda onslaught, it will be the end of liberty in America. Everyone will be dependent on the state for survival. Health care will be “free,” but the options will be narrow and the quality of treatment will be abysmal—for all but the ruling elite.

The United States currently has a semi-socialist health care system. The profit motive of the private sector combined with the complete lack of accountability of the government sector means the public gets cheated in every direction.

The country has two basic choices:

The choice Americans make won’t just determine their own health prospects, but the health and liberty of their children and children’s children.