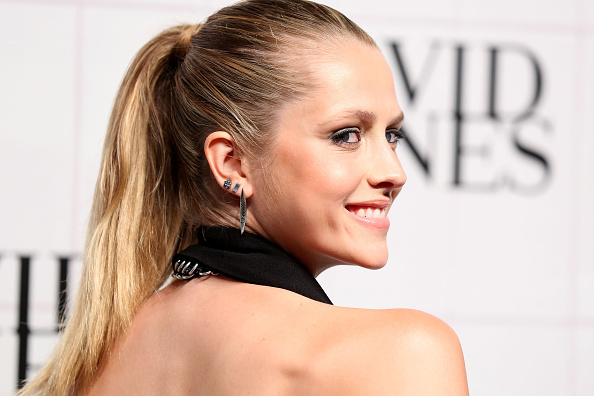 ‘The Fappening’: Victim Speaks Out After Nude Photo Leak

A victim of last year’s celebrity hacking, dubbed “The Fappening,” has spoken out.

Actress Teresa Palmer spoke with the Daily Beast on Thursday about the widespread hacking of celebrities, including Jennifer Lawrence and Kate Upton. The photos were uploaded to sites like 4chan and Reddit before spreading further.

Palmer said, “It was difficult. It certainly was such an invasion of privacy, but also scary on a universal level that nobody’s stuff is safe. Thank god for me I didn’t really have anything too risqué, but it’s really scary to know that I have so many photos of my son, my birth video, all of my stuff that I know is in the hands of someone that’s hacked into my computer.”

Palmer said the semi-revealing photos of her were taken years ago and were stored on her iCloud service.

She added: “I don’t know how the initial hack actually happened, but I do know that there’s a way where once they have a password, they can set up a new device attached to your iCloud and get anything that’s ever been in your iCloud—even if photos have been deleted.”

Palmer also said the who hack was misogynistic in nature.

“You know what’s so unfortunate?” Palmer added. “All the women got together and talked it out. We all had photos of boyfriends—some are famous, some are not—who are naked, and none of the photos of famous men were ever released. It was all women. So, it was a personal attack on women, and trying to shame women. I just think it’s disgusting that there were no men—I think there was only one male victim—so women were specifically targeted.”