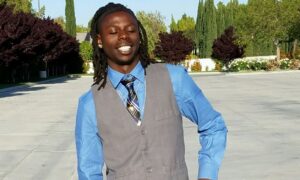 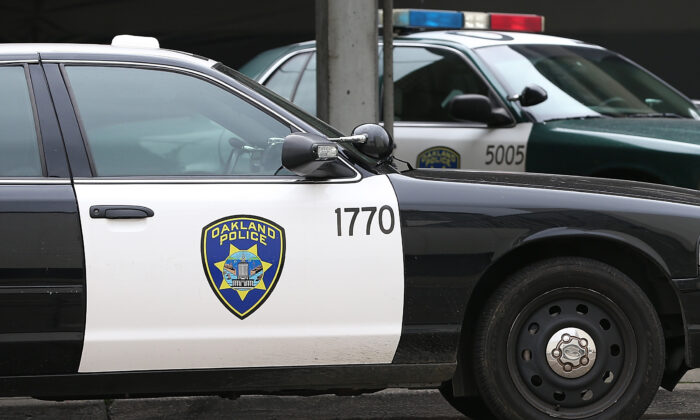 Patrol cars at the Oakland Police headquarters on Dec. 6, 2012 in Oakland, Calif., on Dec. 6, 2012. (Justin Sullivan/Getty Images)
Crime and Incidents

Suspicions of foul play were raised when the bodies of two Black men were found hanging about 50 miles and 10 days apart in California. But the family of one of those men announced Friday that he killed himself.

“On behalf of the family of Malcolm Harsch, unfortunately it seems he did take his own life,” Najee Ali, a family spokesman told CNN. “The Victorville Police Department officials released new video evidence to family members. The family wants to sincerely thank everyone for their support and prayers.”

The Department of Justice and the FBI were reviewing Harsch’s death, who was found on May 31 in Victorville. The proximity of the death to the outbreak of recent protests appeared to be an intimidation tactic, said one protester who called for further investigation.

The San Bernardino County Sheriff’s Department announced Friday no foul play was involved in Harsch’s death after detectives obtained surveillance video from a vacant building near where he was found. The evidence from the case, including the surveillance video, was shown to Harsch’s family members per their request, the department said in a statement.

The forensic pathologist is now waiting for toxicology results before assigning the cause and manner of death, the department said.

Harsch Found in an Encampment

Dispatchers received a call from a woman on May 31 at 7:07 a.m., saying her boyfriend, Harsch, hanged himself, according to a news release from the San Bernardino County Sheriff’s Department. The release said Harsch was found at a homeless encampment.

When Victorville Fire crews arrived, they saw bystanders performing CPR on Harsch, Victorville police spokeswoman Sue Jones said in a statement. Fire personnel then began advanced live support care protocol, but could not revive him after 20 minutes of effort, the statement said.

Early on June 10, fire department personnel responded to the scene of Robert L. Fuller, 24, which was described as “an alleged suicide,” the Los Angeles County Sheriff’s Department said in a statement.

Despite Fuller’s death being consistent with suicide, officials “felt it prudent to roll that back and continue to look deeper,” said Los Angeles County Medical Examiner Coroner Dr. Jonathan Lucas.

“Hangings in public, suicides, do occur with some regularity,” Lucas said. The signs seemed to point in the direction of suicide, but the cause and manner of death were never officially determined as officials await further investigation and toxicology reports. An autopsy was completed last Friday.

Nothing but the rope, the contents of Fuller’s pockets and a backpack he was wearing were found on the scene, according to Los Angeles County Homicide Capt. Kent Wegener.

Investigators are researching Fuller’s medical history, looking for the witness who reported the hanging and searching for contacts in Arizona and Nevada. They will also analyze Fuller’s cell phone and are looking for neighborhood surveillance video.

Authorities plan to interview Fuller’s case worker at the Department of Public Social Services as well as anyone who may have had contact with Fuller.