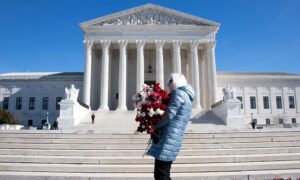 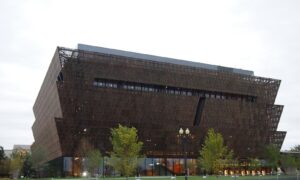 Human Exceptionalism Is the Solution to Racism
0 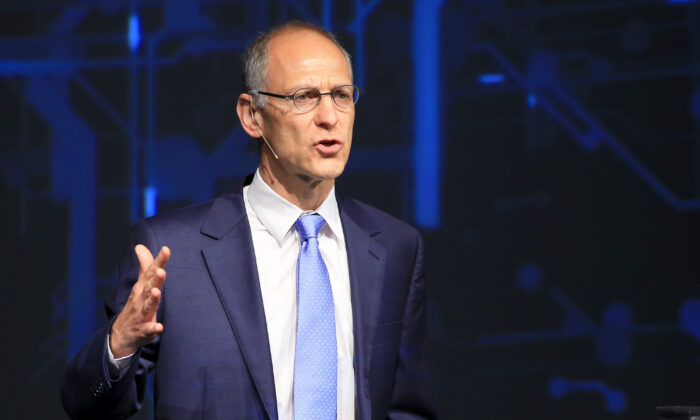 The ‘Experts’ Plot Another Shutdown

The spring economic shutdown “to slow the spread” of COVID-19 almost destroyed us. But the United States is resilient, and the country is slowly—if sometimes shakily—getting back on its feet. Millions have returned to work and the unemployment rate is ticking back down. The stock market has regained much of its lost value. It isn’t a straight road back, to be sure, but there seems good cause for optimism.

But not everyone is cheering.

Because COVID-19 cases have also increased as the country opened, as we knew they would, some of the nation’s health care and other “experts” want to shut us back down again. And this time, they want to impose a harder, and perhaps longer, societal lockdown.

Obamacare architect, bioethicist Ezekiel Emanuel is the most influential voice urging a return to the bad old days of April. We shouldn’t be surprised. Back when the country was closed for business, Emanuel—who, it’s worth noting, is now Joe Biden’s lead COVID-19 health care adviser—urged that the country be kept in that artificially induced coma for 18 months, the time it was expected then for a COVID-19 vaccine to be found. Thankfully, President Donald Trump paid no heed.

Now, Emanuel is back, again calling for a shutdown as the lead signatory of an open letter to “Decision Makers” signed by some 150 other “experts” in health care. From the letter:

“Non-essential businesses should be closed. Restaurant service should be limited to take-out. People should stay home, going out only to get food and medicine or to exercise and get fresh air. Masks should be mandatory in all situations, indoors and outdoors, where we interact with others.

“You should bar non-essential interstate travel. … If you don’t take these actions, the consequences will be measured in widespread suffering and death.”

Bar most interstate travel? That’s never been done in our history; not during the Civil War, the 1918 Spanish Flu pandemic—which was much worse than COVID-19 because it primarily killed the young—or during periodic polio epidemics.

Emanuel and his fellow letter signers aren’t alone. Infectious disease expert Dr. Michael T. Osterholm of the University of Minnesota, along with the head of the Minnesota Federal Bank and former Obama administration member Neel Kashkari, have launched a joint media campaign to convince America to return into societal hibernation.

Their most recent call for panicked self-destruction came in the form of a New York Times op-ed, in which they write:

“To successfully drive down our case rate to less than one per 100,000 people per day, we should mandate sheltering in place for everyone but the truly essential workers. By that, we mean people must stay at home and leave only for essential reasons: food shopping and visits to doctors and pharmacies while wearing masks and washing hands frequently.”

Didn’t we already do that at great economic cost to tens of millions of Americans—but not, it is worth noting, the technocratic and chattering classes? According to Oserhgolm and Kashkari, the former lockdown failed because it wasn’t nearly harsh enough:

“According to the Economic Policy Institute, 39 percent of workers in the United States are in essential categories. The problem with the March-to-May lockdown was that it was not uniformly stringent across the country. For example, Minnesota deemed 78 percent of its workers essential. To be effective, the lockdown has to be as comprehensive and strict as possible.”

Funny, Sweden didn’t impose a hard lock down. Its economy certainly took a hit, but not as bad as many EU countries. And while its mortality rate has been worse than some of its European neighbors that did shut down, it’s also better than others.

Besides, we’ve been told that universal masking holds the key! One study found that 80 percent mask compliance would do more to stop the spread than another lockdown.

“Some have claimed that the widespread use of masks is enough to control the pandemic, but let us face reality: Gov. Gavin Newsom of California issued a public masking mandate on June 18, a day when 3,700 cases were reported in the state. On July 25, the seven-day daily case average was 10,231. We support the wearing of masks by all Americans, but masking mandates and soft limitations on indoor crowds in places such as bars and restaurants are not enough to control this pandemic.”

Good grief, our nation’s “experts” need to get their stories straight.

Snark aside, consider the consequences of reimposing another Draconian lockdown: The country would plummet into a second Great Depression (just in time for the election) that could take a decade or more to overcome. Millions of restaurants and shops would be shuttered, never to reopen. Life savings would be lost. The real estate market would plummet. We would add many trillions more to the national debt than we are already are incurring now, as half the country would become totally dependent on government checks. Millions of children would be kept out of school, forever stunting their education.

The predictable results: increased suicides, increased opioid deaths, increased domestic violence, increased political divisions, and increased loss of trust in our political institutions. In short, another lockdown would cause a cultural catastrophe.

I find this abject terror among our technocratic class very odd. The Wuhan virus isn’t smallpox, after all. Most people who contract the infection experience relatively mild symptoms and fully recover.

Yes, of course, it can also be a wicked, and sometimes unpredictable disease. But we know who are most acutely in danger of serious illness and death (people like me), and we can take strong steps to protect them. Surely, we can accomplish that important public health goal without destroying the country to save it.

Which leads us to the one intractable problem that Emanuel, Osterholm, Kashkari, and their ilk fail to consider. If the government did again order a total lockdown, I believe that millions of Americans would simply refuse to obey. Indeed, it would take tyrannical measures of the kind imposed by China on its imprisoned people—perhaps even soldiers in the streets—to effectively impose house arrest on us all.

I cannot imagine that happening. Trump and most governors would surely never go along. But if they did, it would tear the country apart.

Award-winning author Wesley J. Smith is the chairman of the Discovery Institute’s Center on Human Exceptionalism and author of “Culture of Death: The Age of ‘Do Harm’ Medicine.”