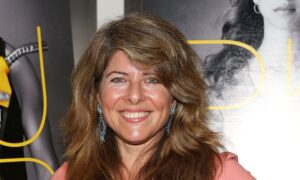 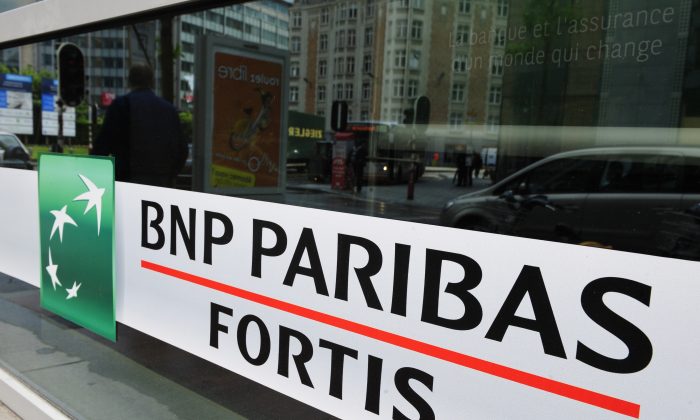 Canada's regulatory control over its banking system could come under pressure as the government tries to land a free trade deal with the European Union, argues economist Scott Sinclair. But any changes could come with a price, like that being paid by Belgian-Dutch Fortis Bank, which was restructured during the financial crisis, prompting Chinese investors to sue Belgium. (Dominique Faget/AFP/Getty Images)
Opinion

The EU Wants a Wide-Open Banking System. We Should Say ‘no’

The stakes are high in the last stages of the Canada-EU Comprehensive Economic and Trade Agreement (CETA) talks, yet there remains a serious lack of public information and debate about what is actually on the table.

Negotiators boast that the CETA is the most ambitious and comprehensive economic treaty ever, pushing trade and investment rules into new territory. The agreement would tie governments’ hands in many areas only loosely related to trade, including patent protection for drugs, local government purchasing, foreign investor rights, and financial regulation.

As U.S. economist Hyman Minksy observed more than 30 years ago, financial markets are prone to runaway speculation and boom-and-bust cycles. During the 2008 financial crisis, trillions of dollars of wealth disappeared almost overnight, the global financial system came perilously close to collapse, international trade dried up and most of the richest nations in the world slipped into recession. Clearly, strong government regulation is absolutely essential to prevent speculative excess in the financial sector from damaging the broader economy. Yet one of the largest remaining roadblocks to the CETA is Canada’s unwillingness, thus far, to weaken its regulatory authority over banking and financial services.

The failure of a single company (such as Lehman Brothers in October 2008) or unchecked growth in markets for high-risk financial products (such as sub-prime mortgages) can quickly cascade out of control, threatening the integrity of the entire system. Especially during a crisis, financial regulators need to act decisively, without worrying about expensive lawsuits from disgruntled foreign investors. But that’s precisely the toxic ingredient the CETA negotiations have introduced into the mix.

The EU insists that foreign investors must have unimpeded rights to challenge banking and other financial regulations through investor-state dispute settlement. The Canadian Department of Finance is arguing that financial sector regulation is of such critical importance to the economy that regulatory measures must be shielded from direct challenge by foreign investors.

Negotiators reportedly are at an impasse and this issue is now on the list to be resolved by politicians. Given the intense pressure to close a deal, politicians could overrule Finance officials and undermine the ability of regulators to avert or stem future financial crises.
Despite the ongoing financial turmoil in the Eurozone, the EU approach in trade and investment treaties is to treat financial services like any other sector, providing investors the opportunity for growth. Since Canadian banks see growth through expansion into the large EU market, pressure is coming from investors on both sides to soften regulations.

The crux of the issue is how much power the treaty should give foreign investors to challenge prudential regulation of financial services?regulations aimed at protecting depositors and ensuring the integrity and stability of the financial system. The CETA’s investor-state dispute settlement mechanism would give foreign investors extraordinary rights to bypass the domestic court system and directly challenge government regulatory measures.

The threat of having to pay huge monetary damages to affected investors impedes effective regulation. As the Canadian Press reported recently, Canadian regulators have warned that these supercharged investor rights would “create a chilling effect that will have negative consequences for the overall economy of the country.”

NAFTA triggered a spate of investor-state challenges to Canadian environmental protection laws, resulting in regulatory chill and millions of dollars in damages. But powerful financial regulatory agencies in Canada and the U.S. were able to strictly limit the rights of investors to challenge financial services regulations. That protection could be weakened?or disappear altogether?in the haste to get this new deal completed.

Certain NAFTA investment protections, such as the controversial “minimum standards of treatment” rule, do not apply in the financial sector. NAFTA also allows financial regulators to take measures to ensure the integrity and stability of the financial system, even if these regulations violate NAFTA’s investment protection rules. This “prudential carve-out” can stop investor-state arbitration in its tracks.

On this critical point, the EU has dug in its heels. Its negotiators are insisting that the CETA give investor-state tribunals the power to award monetary damages to foreign investors who are allegedly “expropriated” by financial regulations.

Ironically, Europeans are learning the folly of this approach the hard way. Foreign investors have turned to investor-state arbitration to try to recover losses from Europe’s seemingly interminable financial crisis. In the first investor-state case ever by a Chinese mainland investor, a Chinese financial services company is suing Belgium under a 2005 Belgium-China investment protection treaty. Ping An, the largest single shareholder in the Belgian-Dutch bank Fortis, allegedly lost $2.3 billion USD when government authorities, who stepped in to rescue the financial giant, subsequently sold off assets over the objections of minority shareholders. Foreign investors have also filed investor-state claims against both Greece and Cyprus to recover losses incurred under financial restructuring programs.

While the risk of an investor-state dispute is highest during a crisis, under Europe’s proposed CETA approach, more routine financial regulations could also be vulnerable. For example, the Canadian government has tightened mortgage regulations four times since 2008. Canadian officials have publicly confirmed that these are just the sort of regulations that the Europeans want to see exposed to challenge.

Another potential target is the “widely held” ownership rule?which, by limiting any single shareholding in a large Canadian bank, makes them immune to foreign takeover. Canadian trade officials appear confident that the rule, despite its protectionist impacts, is safeguarded by their prudential carve-out. But if this protection disappears, or is diluted, by the CETA, foreign investors will be able to sue the Canadian government directly over a range of domestic banking regulations.

Key decisions about vital financial regulations would then be made by investor-friendly, quasi-judicial panels. These panels would be largely beyond the reach of domestic legislators and the review of domestic courts, with taxpayers on the hook to pay monetary damages. This lack of open, transparent, and accountable processes is fast becoming a troubling trademark of sweeping treaties that cater to powerful foreign investors, but give short shrift to the public interest.

As the drumbeat to conclude a comprehensive, ambitious CETA deal grows louder, Canadian citizens should be aware that knuckling under to European and corporate demands could have serious repercussions for the vaunted stability of the Canadian financial system.

Scott Sinclair is a senior research fellow with the Canadian Centre for Policy Alternatives, where he directs the centre’s Trade and Investment Research Project.