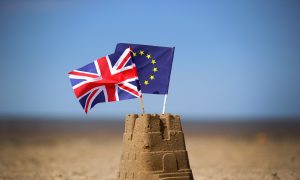 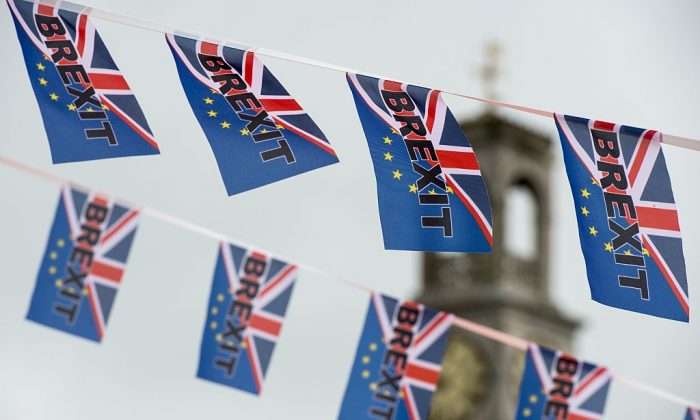 As Brexit vote draws near, heat is on for massive swing vote to finally pick a side
By Jane Werrell
Print

LONDON—To remain or to leave—that is the burning question. On June 23, the British public will be making a choice: for the United Kingdom to remain a member of the European Union or leave. As the referendum draws close, both sides are stressing to voters that this is a once-in-a-generation vote.

At the heart of the debate are two concerns: immigration and the economy. Both issues have been at the forefront of the stay and leave campaigns.

A lot of people I know keep changing their minds.
— Helen Meyers, resident of Battersea, London

What Do Voters Think?

Polling data shows that public opinion is neck and neck, yet in between the divide lies a pool of undecided voters.

Helen Meyers, 28, an online content executive from Battersea, London, is one of those voters who is sitting on the fence.

“I’m undecided. I haven’t looked at it properly. I’ll make a last-minute decision. I want better information. There seem to be a lot of scare tactics. A lot of people I know keep changing their minds,” she said.

I think it would be a big mistake.
— James Wyatt, resident of Ealing, London

Paul, 48, from West Dulwich, London, who works in a train station shares the same sentiments. “I’m undecided. There are no facts and figures and a lot of rhetoric from both sides—ifs, buts, and maybes. I will vote, but I need more details.”

The undecided voters stand at around 15 percent though that figure varies from poll to poll.

Those who plan to vote to remain include James Wyatt, a project manager for a startup from Ealing in London.

“I just think we are working toward globalizing the world. A vote for Brexit is against the evolution of us as a country, economy, society, and the human collective race,” said Wyatt. “I think it would be a big mistake.”

“I’m staying in. I’m married to an Italian so she’ll kill me if I vote to leave. I don’t think anyone can gain from retreating back from a large group. We’ll get crushed just as the U.K.”

Another voter Epoch Times spoke to said that although he hadn’t yet made up his mind, he would probably end up voting to remain because “The risk isn’t worth taking.”

Some voters are more inclined to vote to remain because of risk aversion. Being part of the EU is familiar and feels safer, said experts.

“Inevitably, change is more difficult to sell than is the status quo, and particularly as we get toward polling day, this may be something that helps the remain side to gain some voters,” said professor John Curtice, professor of politics at Strathclyde University. “But it’s not overwhelming, remember the leave side is aware of this argument.

“It depends on the success of the two sides playing out this argument,” he said.

Michael Jarmulowicz, a 66-year-old permanent deacon from Willesden Green, London, is planning to vote for Britain to leave the EU because he wants Britain to have more freedom and control over its own laws.

“There is widespread corruption in the EU and they gold plate all our laws,” he said.

He also said he did not trust that David Cameron would keep his promises on concessions for Britain in the EU given his change of tone.

“Before Cameron started, he negotiated, if he doesn’t get concessions then Britain would leave. There has been no mention in the debate of concessions. He is now saying ‘out’ is the biggest disaster.”

Another voter who is planning to opt for Brexit is James Hogarty, a groundskeeper from Islington, London. He said, “I’m voting out, mostly because of immigration. I don’t like the open borders.”

Concern over immigration and how it impacts the economy, national culture, and the welfare state is the strongest predictor on whether somebody will support Brexit, according to professor Matthew Goodwin, professor of politics  and international relations at the University of Kent.

Research based on NatCen’s British Social Attitudes survey shows that few people have a strong sense of European identity in the U.K., with only 16 percent identifying themselves as “European.”

“Some do regard being in the EU as a ‘threat’ to what people consider to be a distinctive British identity, including perhaps because of the limitations that membership places on the country’s sovereignty,” wrote professor John Curtice in the report.

“At the end of the day lots of voters think of Europe as being ‘other,’ and therefore they question the legitimacy of any European institution, either inside or outside the EU, to have a say in Britain’s affairs,” he said in a telephone interview.

Economists who support Brexit said that leaving will bring economic advantages as well as allowing Britain to govern itself.

Brexiteers emphasize that membership in the European club sees Britain surrender control over immigration and have its control over everything from monetary to industrial policy limited. The European Commission, the bureaucratic arm of the EU, has been overly assertive toward national policies, according to many. The UK government is restricted on helping its failing steel companies under EU state aid rules, as it could distort competition in the European Single Market.

Apart from the undecided voters, even those who think they have made up their minds could make a last-minute switch.

An example is that of Conservative MP Dr. Sarah Wollaston. She recently switched from leave to remain, saying her change of mind was due to her feeling that the claim from Brexit campaigners that leaving would unlock 350 million pounds per week to the National Health Service (NHS) was “untrue.”

A recent poll by ORB for The Independent, however, showed a “massive swing” toward Brexit, with leave having a 10-point lead over remain—the biggest lead from Brexiters since ORB began polling about the EU referendum for The Independent a year ago.

The poll surveyed 2,000 people and found that 55 percent believe the U.K. should leave the EU while 45 percent wanted to remain.

But referendums can already be tricky for pollsters to predict, more so than a general election, as it is something they are less familiar dealing with. And voters in the referendum don’t break down along party lines, with voters who would support the same party voting on both sides.

There are also some events prior to referendum day that could sway voters either way.

On June 21, Germany’s Constitutional Court will second guess a ruling by the EU’s highest legal authority, the European Court of Justice, which had ruled in favour of a European Central Bank (ECB) emergency bond-buying plan that was launched at the height of the eurozone crisis. The group challenging that bond-buying plan argue that the ECB exceeded its mandate and violated a prohibition on financing governments.

“Given how close the polls are, the German court, if it is going to say that the ECB has been acting illegally, that is really interesting. Now this could really put a spanner in the works,” said Angus Armstrong, director of macroeconomics at the National Institute of Economic and Social Research.

In addition, on June 21 the BBC will air the big debate at 8 p.m., featuring representatives from the leave and remain campaigns in front of thousands of voters—and many more watching at home.

Anthony Wells, director of the Political and Social Research Team at YouGov, said with the BBC debate so close to June 23, it makes it more challenging for pollsters to predict the outcome.

“It makes life difficult for us as pollsters,” he said, adding it was hard to deal with the work required to measure the impact of that debate so close to the vote.

“We may have to move a lot of the fieldwork on Tuesday night and Wednesday itself, or recontact people to see if they’ve changed their minds. That’s one of the challenges that we still have to decide how to address,” he said.

Wells reflected on the accuracy of the Scottish referendum polls where they had it within one point, but also on the inaccuracy of the general election polls last year.