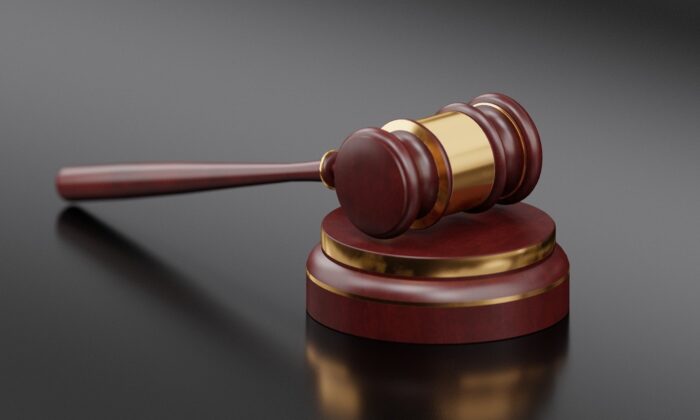 The Erosion of the Rule of Law

One of the key pillars undergirding the unprecedented successes of the American republic has been our embrace and adherence to the rule of law. The founding generation believed that nobody was above the law and that the law applied impartially to all (well, at least to all free men).

Over generations of American history, there have been corrections and improvements to our practice of the rule of law as well as setbacks and departures from that principle. On the positive side, racial minorities and women have been added to the list of those who are equal before the law.

On the negative side, the corruption of cronyism (aka “special interest politics”) has grown to gigantic proportions, and the intellectual sophistries of Marxists, communists, social justice frauds, et al. have perverted the rule of law by claiming that the only way to achieve justice (equal treatment before the law) is to deny justice (equal treatment before the law) to politically out-of-favor targets.

There was a time in American history when communities could function nicely with tiny police forces. That’s because the predominant Christian ethos of earlier generations of Americans bred citizens who, although they could be boisterous and rowdy, were essentially law-abiding people whose moral conscience served as a more effective policing agent than uniformed officers could possibly be. Those days, alas, are long gone as is so depressingly obvious when one reads accounts of school shootings or the weekly murder toll in Chicago.

The ongoing loss of respect for the rule of law is evident in ways both large and small.

One of the small ways involves the controversy over disqualifying mail-in ballots for which the external envelope wasn’t dated as required by state law. Personally, I think the date requirement is pointless. It’s simply too easy for people to write down the wrong date, either intentionally or accidentally. But my opinion about the law doesn’t matter; it’s the law—period.

All the caterwauling protestations that “nobody should be disenfranchised” are neither relevant nor true. Nobody was disenfranchised. Nobody was kept from receiving, completing, and mailing a ballot. It isn’t the system’s fault that certain individuals disqualified their own vote by omitting a date. This is like the infamous case of the woman suing McDonald’s for spilling coffee on herself and getting burned. The ridiculous notion that everything unpleasant that happens to us is somebody else’s fault has to go. If you don’t follow the plain, simple instruction to write a date on your ballot envelope, then you weren’t disenfranchised; you invalidated your own vote.

Another seemingly small incident happened a few weeks ago when Special Prosecutor John Durham’s seemingly airtight case against Michael Sussmann resulted in a jury verdict of “not guilty.” The paranoid among us might wonder if there was jury tampering. To me, the illuminating moment came when one of the jurors told the press that there are more important things in the world than lying to the FBI. True, but so what? The juror’s civic duty was not to rule on larger philosophical issues, but on the narrow factual point of whether Sussmann had, in fact, lied to the FBI. All the evidence seemed to indicate that he had, and the juror’s statement indicated that she believed that Sussmann had possibly lied, but that didn’t stop the juror from disrespecting the specific law against lying to the FBI, thereby disrespecting the rule of law in general.

The rule of law is on shaky ground on a larger scale, too. Where to start? Fossil fuel companies are hyper-regulated and heavily taxed to help subsidize competing energy-producing technologies. The attorney general directs the FBI to monitor parents at school board meetings as potential terrorists while making no arrests of those who have made overtly terroristic threats accompanied by actual acts of violence against the property of pro-life individuals and organizations. Government pressures peaceful American citizens to submit to COVID-19 jabs while ignoring vaccination requirements for noncitizens pouring over the southern border. Examples of double standards abound. Double standards, of course, are the death knell for the rule of law; they mean “one law for thee and another for me.”

From another perspective, that laws are selectively enforced or ignored shouldn’t surprise us when, for decades, the federal government has ignored parts of the Constitution that it finds inconvenient. Just to scratch the surface: We use unconstitutional money and most federal agencies exist without any specific constitutional authority—an unhealthy (and bankrupting) expansion of federal power resulting from ignoring the 10th Amendment and grotesquely mutilating the “general welfare” and commerce clauses.

Today, we hear rumblings from progressives about packing the Supreme Court and ending the filibuster. The transparent goal is to dismantle traditional democratic safeguards, establish one-party hegemony, and replace the rule of law with top-down central planning by a dictatorial elite.

We have a president who ignores the laws of the land when it suits him (e.g., his open border policy).

For decades—at least since Roe v. Wade in 1973—the Supreme Court has periodically usurped the legislative prerogative of Congress, writing some of the rules by which we live. The most egregious recent example of judicial usurpation was the Obergefell v. Hodges ruling in 2015 by which five Supreme Court justices redefined marriage. Two years after nullifying the Defense of Marriage Act in United States v. Windsor, the Court presumed to replace Congress’s definition of marriage with the Court’s own definition. A supine Congress, filled with members whose primary concern is to win re-election, rolled over and let the Court get away with commandeering the legislative function.

We can take some encouragement from the Court’s constitutionally principled decision to overturn Roe v. Wade, but it’s too early to conclude that the pendulum is swinging back and the rule of law is making a comeback. No law or Constitution can enforce itself. It’s up to all of us to uphold the rule of law. That means that we accept and abide by laws even when we don’t like them until we can persuade our legislators to change them. Respecting the rule of law means respecting our fellow citizens. We need to understand that, in a democratic pluralistic society, we will often disagree and that sometimes we will be in the majority and other times in the minority. We accept that arrangement for an eminently pragmatic reason: so that we can coexist and function as a society. That Americans are issuing death threats today because they don’t like a Supreme Court ruling indicates that the rule of law remains at risk.

Losing the rule of law and replacing it with an Orwellian system in which all are equal, but some are more equal than others, would be an unspeakable tragedy. It would be the end of the USA as we know it. Let us pray that we pull back from the precipice before it’s too late.