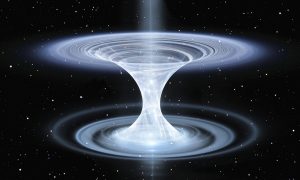 The Erhu: Simple Yet Divine

Hong Jiang
View profile
Follow
biggersmaller
Print
The erhu to Chinese is like the violin to Westerners—one only needs to hear the sound to experience the beauty, sadness, pain, and happiness it can evoke. Listening to erhu melodies, the Chinese can get in touch with all the feelings ever experienced by their people in their long, tumultuous history.

Upon first seeing an erhu, many people are struck by its simple construction and the fact that such a rich array of sounds can be produced on its two strings.

The erhu’s history is deeply woven into that of the Chinese culture. The erhu has a 1,000-year history in China. During the Song Dynasty, the erhu emerged from another stringed instrument that was native to a minority group in northern China.

The word “er” means “two” or “second,” referring to the instrument’s two strings or the second-highest pitch range that the erhu produces among similar stringed instruments. The word “hu” means “barbarian,” which refers to the tribes, particularly of the north. The erhu originated from the northern nomadic group called the Xi.

The erhu’s sound is delicate like silk, and the haunting sound stays in the mind for a long time. In fact, silk was used for erhu strings in the past. Now metal strings are often used for durability.

The erhu has a resonator box at the base, which is made of wood and python skin. Sound is produced by the bow’s hair played on the strings. The best bows use horsehair.

The erhu does not use harmonies, so it is best suited for the production of flowing melodies. It easily mimics weeping, sighs, and intimate chatter. Under skillful hands, the erhu can produce sounds of nature—birdsong, a horse’s whinny, a trickling spring rain, summer storms, roaring winds, and the like.

The erhu is ideal for expressing many emotions, like happiness, joy, or playfulness. The two strings contain rich sounds of the natural world, in which human beings occupy only a small part.

Once the flood of feelings pours out, the sadness and longing in one’s own and one’s ancestors’ lives mingle together, giving the strings the power of expression loaded with history.

Qi grew up in China in a musical family. Under her father’s guidance, she began her erhu training at the age of 6. In 1991, she won a prize at a prestigious international erhu competition in China.

“The truly moving does not lie in the techniques, but in the inner meanings,” she said of her music. While perfecting her skills, Qi has focused on cultivating an inner self of purity, goodness, and compassion. She pours her heart and the purity of her soul into her playing. In this way, she has made her erhu music divine.