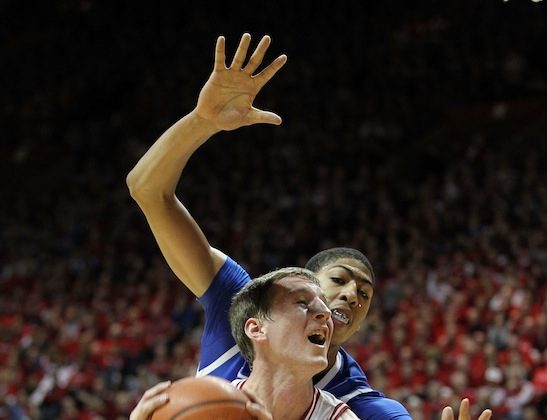 9. Xavier (8-0)— Despite the ugly ending to their blowout win over in-state rival Cincinnati Saturday their record remains unblemished. Previous: 10

7. Louisville (9-0)— The Cardinals will take on their second ranked team of the season Saturday against highly-regarded Memphis. Previous: 8

4. (tie) Baylor (7-0)— The Bears face arguably their toughest challenge yet, Saturday, with a road game against BYU. Previous: 5

4. (tie) North Carolina (8-2)— Roy Williams’ Heels are still one the more feared teams in the country, despite their two losses. Previous: 4

3. Ohio State (8-1)— With Sullinger out, Ohio State lost a lot of its bark on the road against a good Kansas team where few have been victorious. Previous: 2

2. Kentucky (8-1)— The Wildcats have now been on both ends of 73–72 scored-games, in the span of one week, with their win against North Carolina and loss at Indiana. Previous: 1

1. Syracuse (10-0)— The Orangemen have continued to play great basketball despite the ongoing distractions. It will be tested this Saturday though, with game at N.C. State. Previous: 3